"He [Trump] was the one person in the country that could have stopped what happened and he didn't do it for hours and hours," Sen. King said on MSNBC Wed. 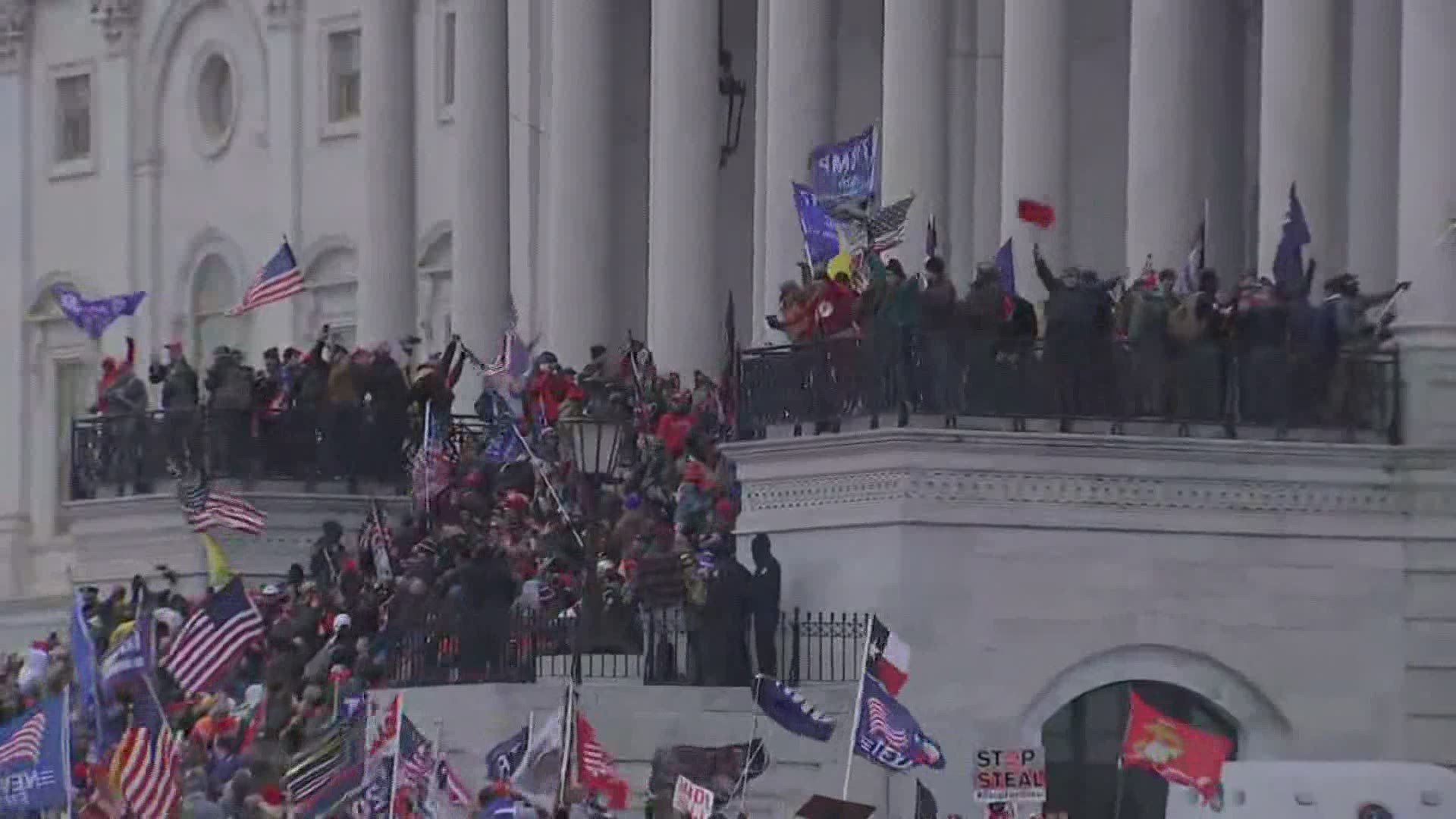 Wallace asked King how to move forward with his Republican colleagues who still believe Trump was not to blame for the crimes that day.

"I did just have an incidental conversation with a Republican colleague and his only comment to me was 'I hope everyone in the country is seeing this.' I thought that was an interesting comment. Now, I don't know what that means. He wasn't one of the six who voted yesterday, but perhaps it means that this is having an impact."

King is referring to Trump's second impeachment trial which started Tuesday at which six Republican senators voted that Trump's impeachment trial was constitutional. He called that day a 'close call' on the lives of the people in the Capitol, as well as the country's democracy. He said he didn't think it mattered to the attackers which party officials represented, that they were simply on a 'bloodlust' once they got inside the building.

"I've lost some sleep lately thinking about what if we hadn't had Brad Raffensperger, the young man out in Michigan, Mike Pence, who were willing to stand up to enormous pressure and do the right things all Republicans, all Republican officeholders, what if they hadn't been willing to do that? Lord knows where we would be right now," King said.

"...the President was aiming at the Capitol and this crowd in front of him was ready to go, and as somebody said, he lit the match," he continued.

King said the people who attacked the Capitol had no trust left in the presidential election because of Pres. Trump repeatedly telling his supporters that it had been stolen from them.

King said he is using something he learned in law school called the "but-for test" to determine if Trump was responsible for the attack on the Capitol.

"This case down very simply is 'Would any of this had happened, but for Donald Trump's actions subsequent to the election?' What if he had graciously conceded, you know, late in November or early December, after the court cases. Would this have happened?' and the answer is no."

He also said he thinks Trump would have handled that afternoon differently if the attackers weren't American.

"What if this had been a group of Russian paratroopers who landed on the Capitol grounds and were invading the Capitol? Would the president have sat in the White House for three or four hours and not done anything about it? I doubt it," King said.