A letter sent to teachers reminded staff to not promote political viewpoints or share 'controversial' slogans such as "Black Lives Matter." 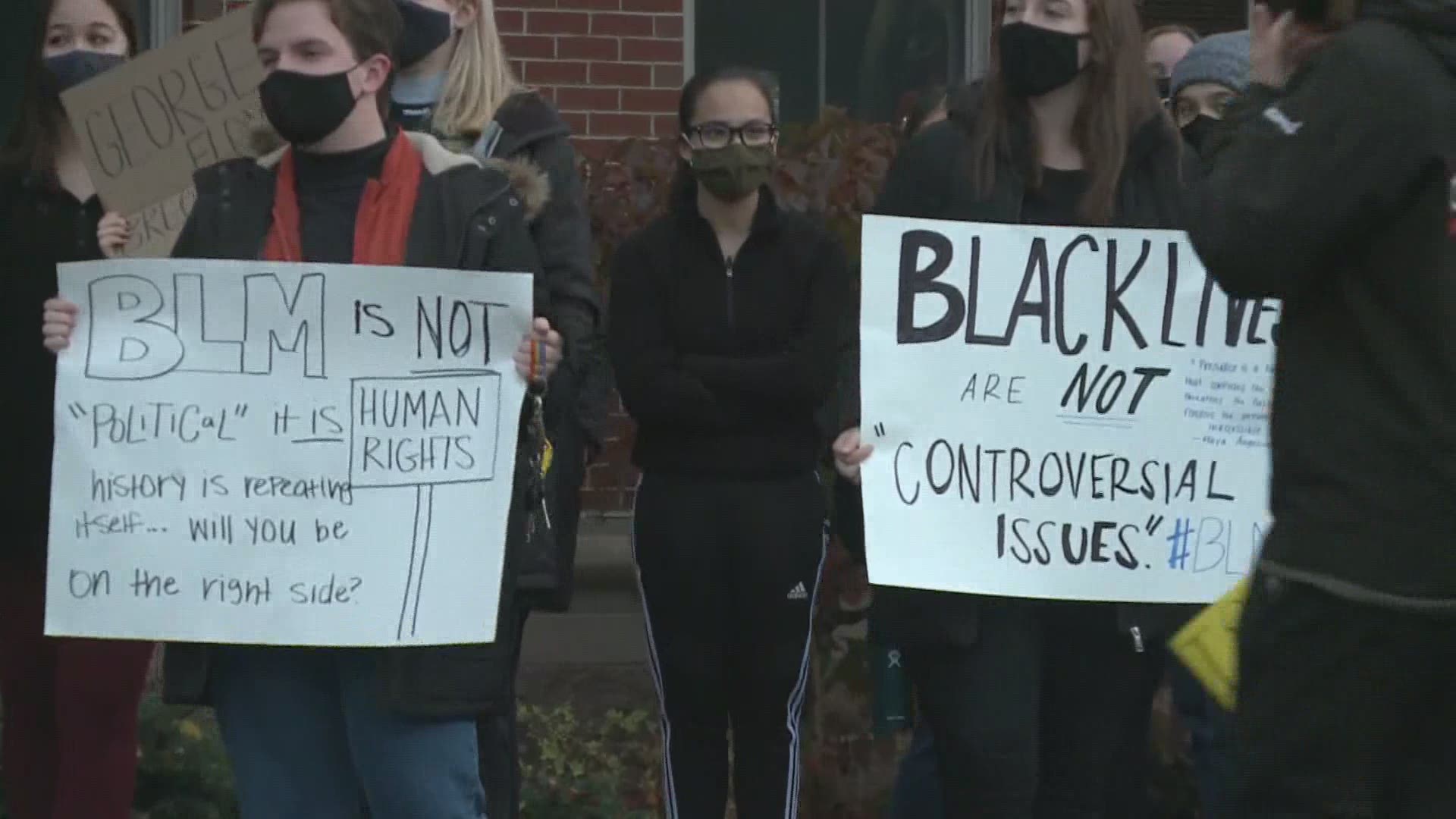 SCARBOROUGH, Maine — Scarborough High School students protested Tuesday morning outside the town's municipal building after teachers were sent a letter Monday telling staff not to wear or display slogans that they considered controversial while on school grounds.

The Scarborough School Department's letter to staff was sent as a reminder to staff to not inadvertently promote their own viewpoints by wearing clothing which controversial phrases.

Among the list of phrases included multiple campaign slogans ahead of the presidential election, as well as 'Black Lives Matter.' Students say the inclusion of that phrase is what prompted this protest.

"The black lives matter movement is a fight for equality and basic human rights," said Scarborough High School senior Harshini Chaganti . "And those right are by no means controversial and most definitely not political."

In the first letter to teachers, a list was given of controversial slogans.

Another clarification letter was sent on Monday and states, "The Scarborough School Department has adopted a policy that while staff is on school grounds they may not use the classroom as a forum to advance their own political views except if they have a pedagogical reason to do so."

"This policy has no effect whatsoever on any issues related to student speech. It also has no effect on staff engaging in political activity or expression outside of the school building."

That was in direct conflict with the stance the Maine Dept. of Education took in June. The department released this statement:

"We stand with and for our many colleagues, students, and their families who identify as Black, Indigenous, and People of Color (BIPOC) around the state, and will do all that we can to fight racism and inequities, and to ensure they are safe and welcomed in the State of Maine. We affirm with you that Black Lives Matter."

"In retrospect, I would say that it was wrong to include Black Lives Matter," he said.

NEW: Following student protests, the Superintendent of Scarborough Schools is apologizing after #BlackLivesMatter was listed on a notice as a 'controversial' political slogan banned from being displayed in classrooms. I'll have more coming up on #NEWSCENTERmaine. pic.twitter.com/4kKZgzGyUC

Prince noted that the original notice was crafted by the district's curriculum department, and promised that 'Black Lives Matter' would be removed from the list of banned phrases.

"I honestly have to say that it's a learning opportunity and I respect that they have taken a stand," Prince said.

Officials plan to continue to improve racial bias training for teachers and staff.