Gideon was the clear front runner among the three candidates in terms of money, massive amounts of it, and the exposure it buys. 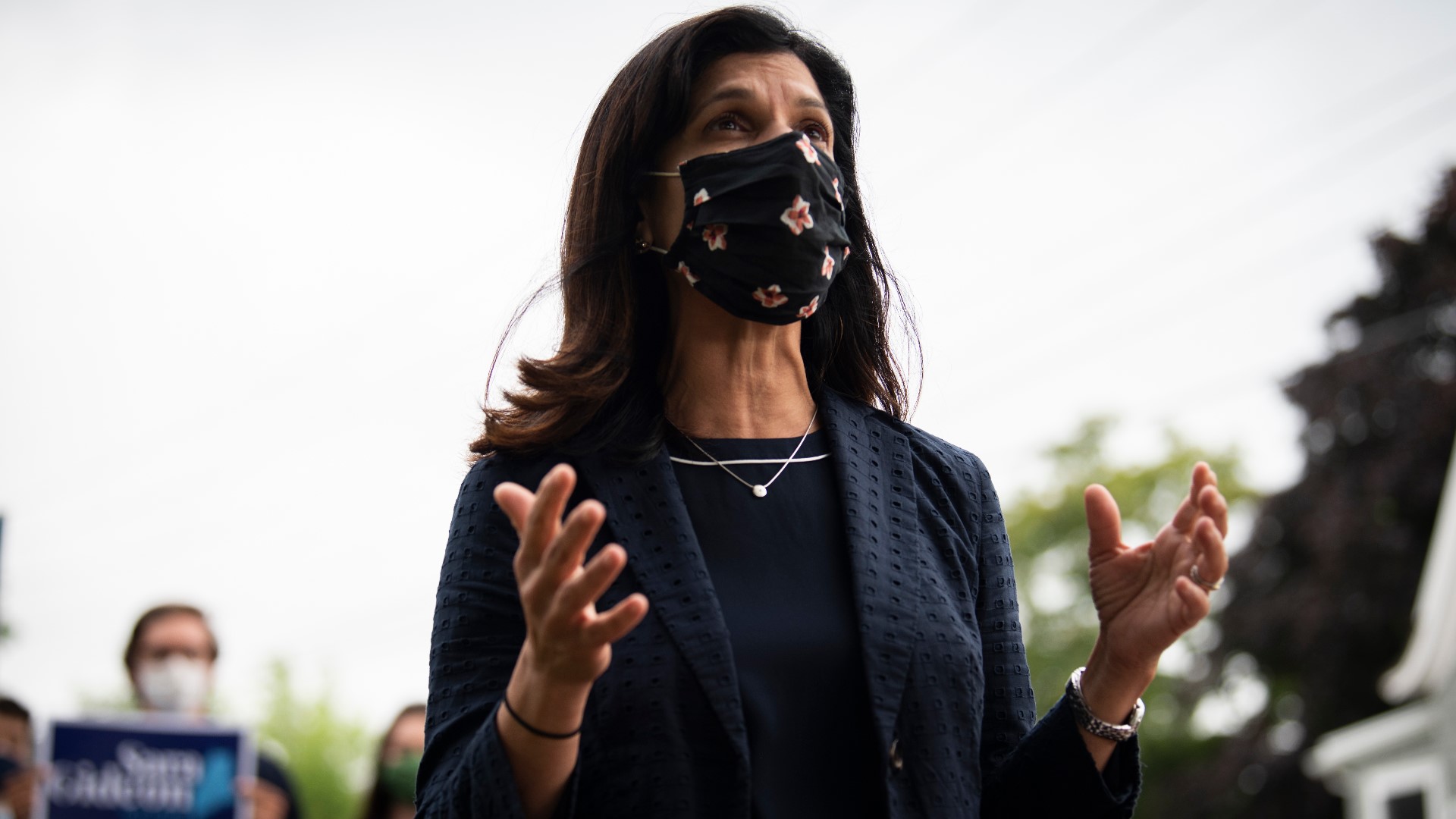 MAINE, USA — Sara Gideon is the projected winner of the Democratic U.S. Senate nomination Tuesday night and will take on Senator Susan Collins this fall. She led by a very wide margin since the first results were reported, and has hovered around 70 percent all night Tuesday.

Gideon was considered the front runner all along. The candidate with all the Democratic establishment and allied groups backing her, and a tremendous amount of money donated from in and out of state.

She proved it in the primary, easily beating opponents Betsy Sweet and Bre Kidman with 70 percent of the vote. That win appears to show just how anxious Democrats are to defeat Senator Collins and use that seat to win control of the Senate.

In a recorded victory speech on Facebook, Gideon thanked supporters and went after her opponent.

“If we are going to come together and make real progress to improve the lives of people here in Maine and across the country, then we need new leadership.
Because, after 24 years in Washington, Senator Collins has become part of that broken system, putting special interests and her political party first, and Mainers know it," Gideon said.