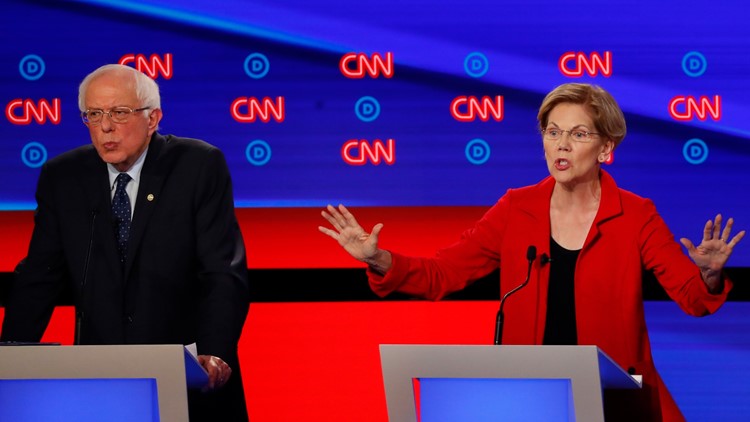 Sanders and Warren at it again ahead of Tuesday’s debate

IOWA, USA — During a private meeting in December 2018, Sen. Bernie Sanders told Sen. Elizabeth Warren that he did not believe that a woman could be elected president, according to CNN reports which cited four sources.

At the time of the discussion, neither Sanders or Warren had formally announced their presidential campaigns.

"It is ludicrous to believe that at the same meeting where Elizabeth Warren told me she was going to run for president, I would tell her that a woman couldn't win,” Sanders said in a statement to CNN on Monday. “It's sad that, three weeks before the Iowa caucus and a year after that private conversation, staff who weren't in the room are lying about what happened.”

This new tiff comes after weekend reports of the Sanders’ campaign asking its volunteers to bash Warren and to call her the candidate of the elites. According to NBC News, Warren said she was “disappointed” by the Sanders campaign’s actions.

RELATED: Cory Booker drops out of the presidential race