Republicans and some business owners try to pressure Gov. Mills to change plan 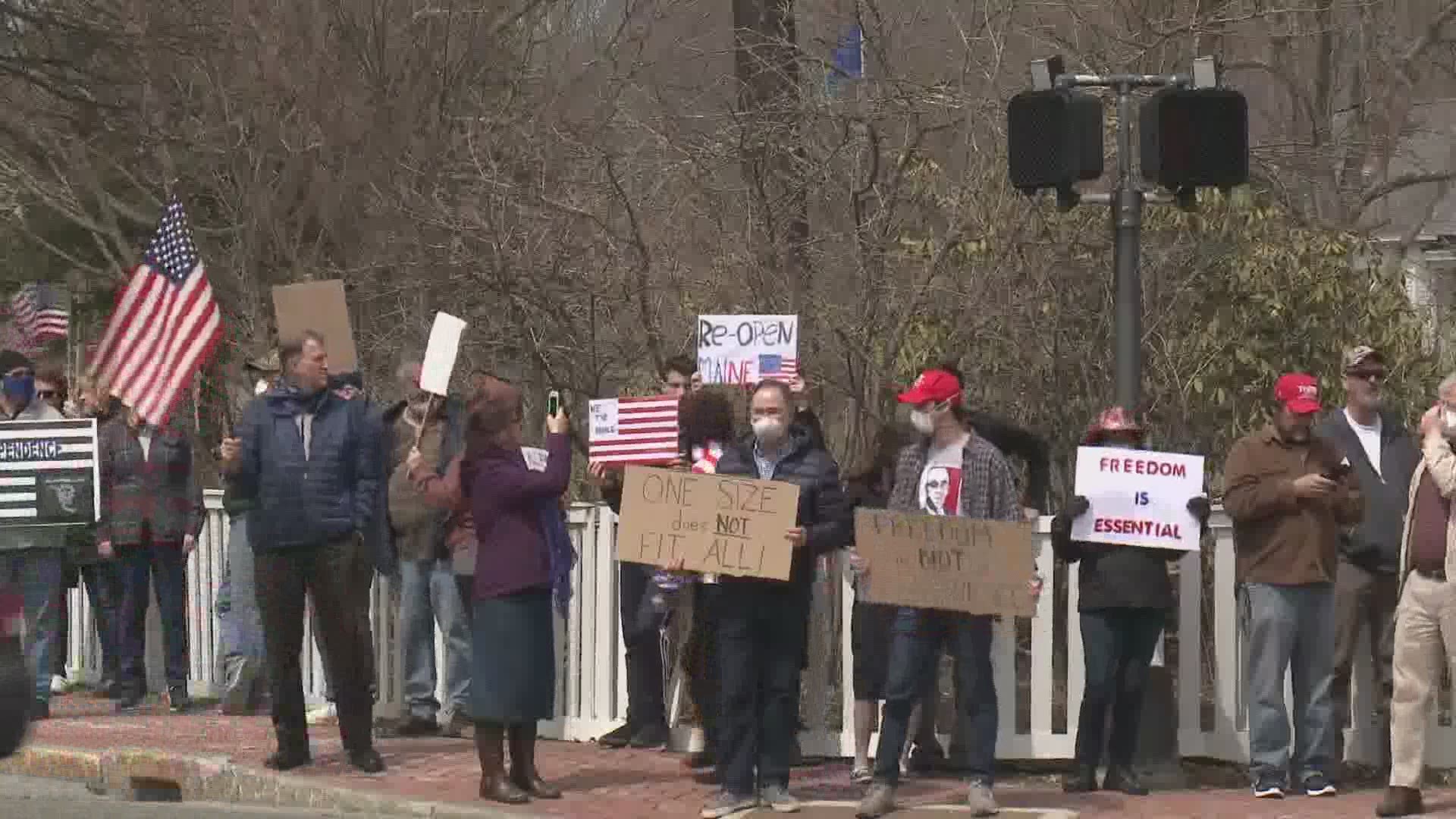 AUGUSTA, Maine — Protestors are expected back at the Blaine House Saturday, as groups try to pressure Governor Janet Mills to change her plan for reopening Maine’s economy.

Republican groups and some business groups have been complaining this week after Mills announced her four-step plan to gradually ease restrictions and get more businesses open again. Critics claim the Governor’s plan will damage Maine’s economy because it takes far too long to reopen businesses. The plan is particularly worrisome to many tourist businesses.

The plan doesn’t allow restaurants and hotels to reopen until June 1, and even then says hotels should be for Maine residents only. Mills has continued the current 14-day self-quarantine requirement for anyone traveling into Maine from out of state, saying that should remain through most of the summer. Tourist businesses say that it will be disastrous for their industry. Foley says he has heard from a lot of them. He said he was so frustrated that he fired off a highly critical letter to Governor Mills on Thursday, and put it on Facebook, where he says it “went viral.”

“What I hope will happen is the governor and administration will start to engage the business community, the Legislature and the people into this discussion to try to salvage the summer all of us need and want. To shut down Maine’s economy for the summer will devastate the state beyond years,” said Foley.

The issue has also become part of the Republican Primary for Congress in the Second District. Candidate Dale Crafts posted a message Thursday, saying he and some business owners are talking about filing a class-action lawsuit to block the Governor’s plan.

Crafts told NEWS CENTER Maine he would rather have the Governor engage with business people than pursue the suit, and as of Friday afternoon hadn’t decided whether the legal; action will go forward. His opponents in the Republican primary, Adrienne Bennett and Eric Brakey, have also been speaking out on the issue to build support in the second district. On Friday, Bennett sent a message to supporters praising the Bethel restaurant owner who was defying the state’s order to remain closed and criticizing Governor Mills and Democrats in general for harming Maine’s economy.

The Governor and Economic Development commissioner Heather Johnson have said they want to find a way to back off on the 14-day quarantine requirement. On Friday Gov. Mills made an extended statement at the daily CDC briefing. Saying she wants to be flexible on some of the requirements, but also defended the decisions made as needed to protect public health.

“With every order, I have issued and every action I have taken, I have thought long and hard about how Maine people – and Maine businesses -- will be impacted. These are some of the most difficult decisions any governor has ever had to make, in consultation with the people and the businesses affected but always with the public health as our first priority.”

On Saturday, protestors are expected to again show up outside the Blaine House to call for an end to the Governor’s orders.