Politico reported Friday that President-elect Joe Biden is considering Sen. Angus King to serve as director of national intelligence in his new administration. 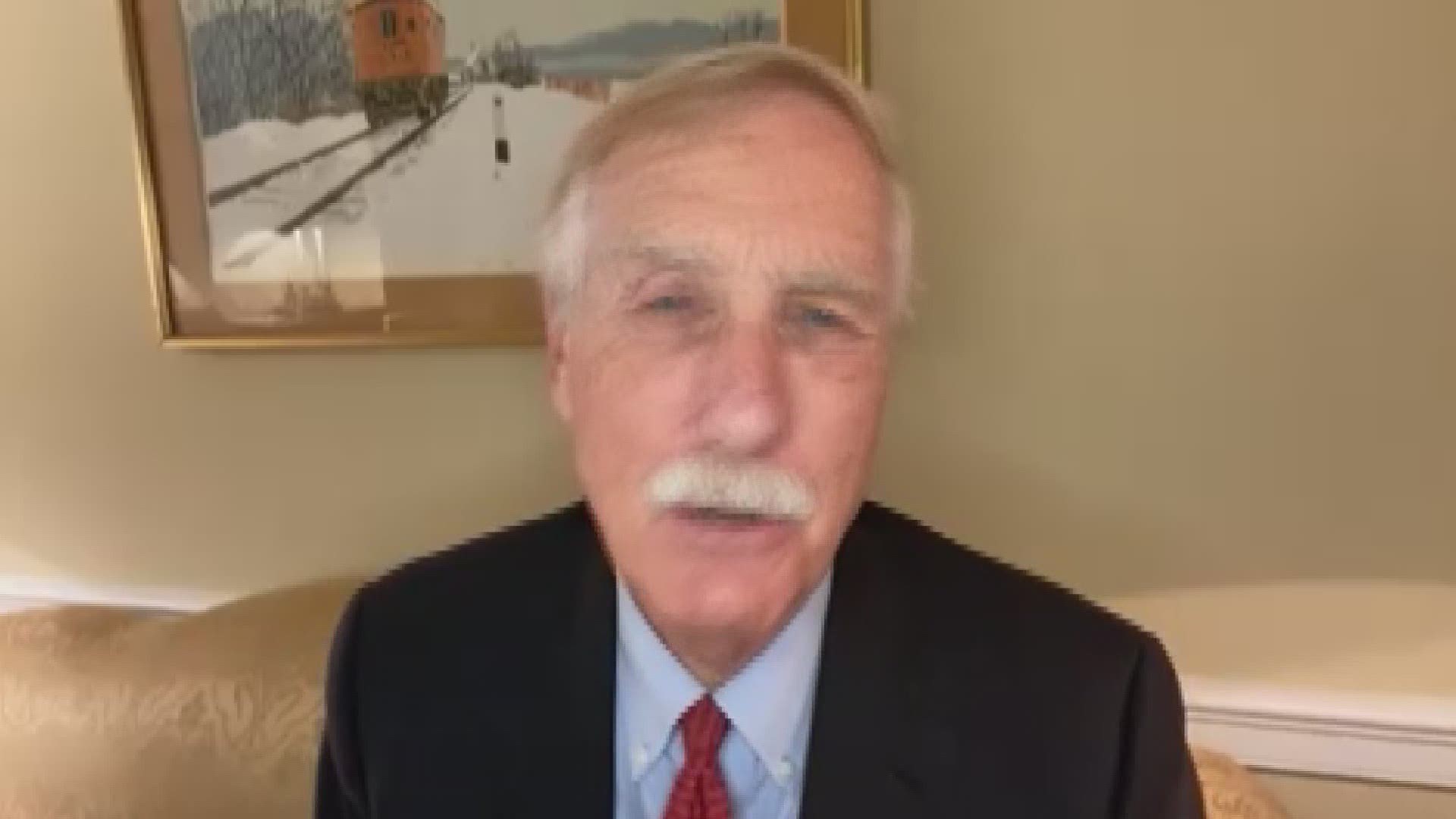 WASHINGTON, D.C., USA — Maine Independent Sen. Angus King is reportedly being considered for a top intelligence position with President-elect Joe Biden's administration, according to reports from Politico on Friday.

King, who is an Independent but caucuses with the Democrats, currently serves as a prominent member of the Senate Intelligence and Armed Services committees. If King were to be tapped for the intelligence position, it would create a vacancy in Senate, and Gov. Janet Mills, a Democrat, would appoint a replacement until the remainder of his term could be filled through a special election in 2022.

Maine Republican Sen. Susan Collins was recently re-elected for the fifth term, leaving the fate of the control of the Senate in the hands of two run-off elections in Georgia.

Scoop: Biden considering plucking Angus King from the Senate to serve as his director of national intelligence.

King as been an outspoken critic of what he calls Trump’s politicization of the intelligence community. W/ @NatashaBertrand https://t.co/F6Z51nZr4W

Matthew Felling, the communications director for King, said in a statement to NEWS CENTER Maine that King "is focused on being a United States Senator, which means meeting the needs of Maine people during the coronavirus pandemic – whether that be expanding access to healthcare, passing long-overdue relief legislation to help anxious families and struggling small businesses, and providing much-needed aid to the nation’s states and localities."

"He has spent the last eight years advocating for a depoliticized, independent intelligence community that provides decision-makers with unbiased facts so they can confront the national security challenges facing America, and he appreciates the acknowledgment of his leadership in this conversation," Felling said.

In the days since Biden's victory, King has been outspoken and critical of President Donald Trump's refusal to accept the results of the election, and his subsequent actions like firing Secretary of Defense Mark Esper.

King says the transition period is an especially vital time for the nation’s defense to remain stable.

“Right now, America hangs in the balance of a precarious moment – mere weeks before a presidential transition, with dangerous national security threats as foreign adversaries monitor our resolve and look for vulnerabilities,” King said in a statement Monday. “Now especially, it is vital that the Department of Defense’s core mission remains stable and focused on the tasks at hand: protecting our citizens, defending our national security interests, and conducting a seamless transition to the Biden Administration.”

And long before the election, King has been critical of Trump's politicization of the intelligence community.

The President’s refusal to allow a smooth transition to a Biden administration doesn’t just hurt our democracy – it also makes our nation more vulnerable to national security threats. For the safety of Americans and our forces abroad, he must reverse this dangerous decision. pic.twitter.com/NhIeOzVcEc