On Monday the Maine Secretary of State's office did a recount that included the missing ballots. The outcomes of the races affected did not change. 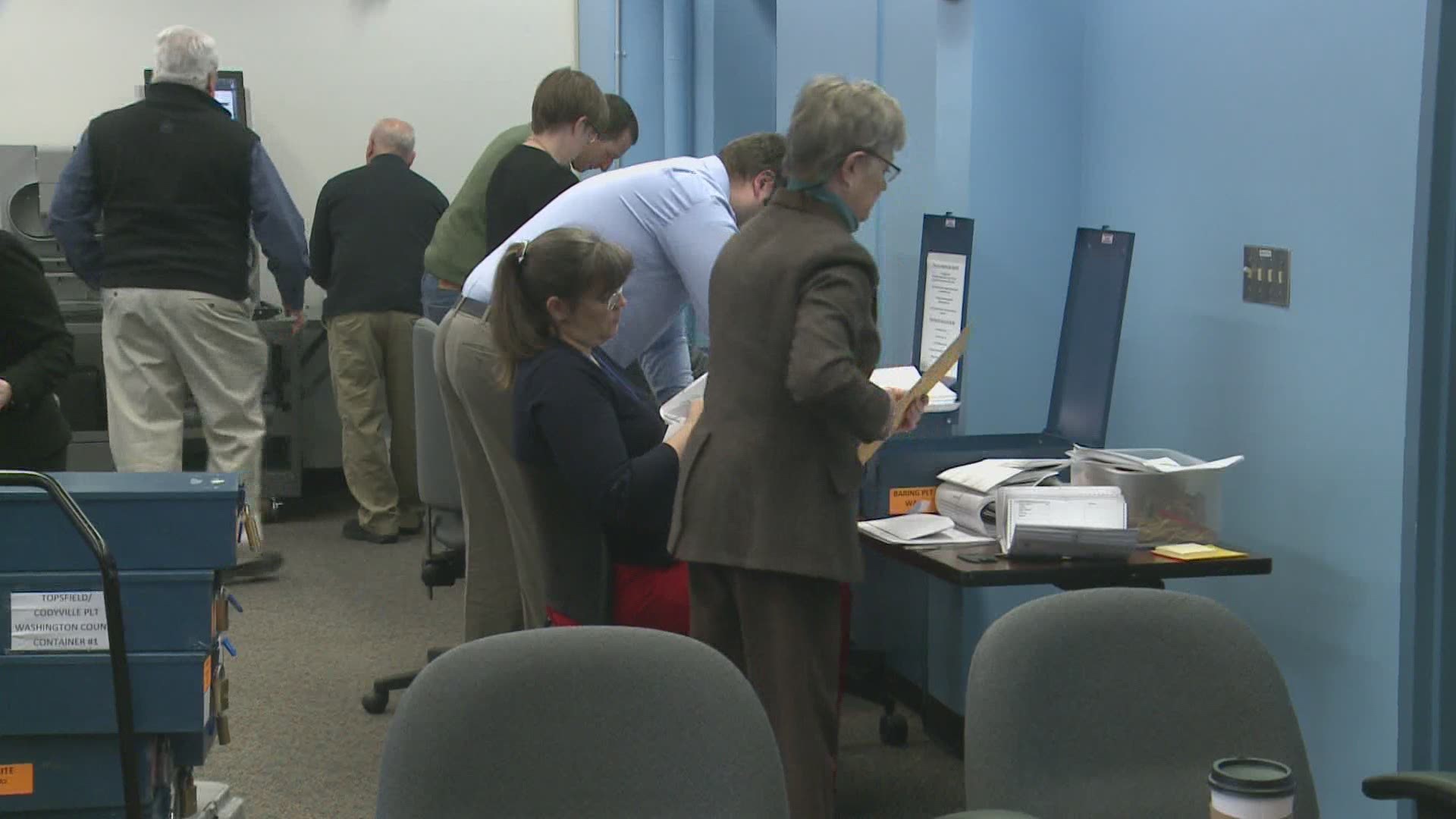 AUGUSTA, Maine — A problem with computer entry of ballots from the primary election in July has forced the Secretary of State's Office to run some of the ranked-choice vote counts again.

Secretary of State Matt Dunlap says his staff noticed that final checks of vote totals and ballots didn't match up.

11,000 ballots from the 2nd District Republican Congressional Primary and three legislative races had not gone into the computer system correctly and therefore did not get counted.

On Monday the votes were run again.

According to Dunlap, the percentages in the races changed slightly but the outcomes remained the same.

The Maine Republican Party has opposed the use of ranked choice voting.

They turned in petitions in June hoping to block the new voting process.

Secretary of State Matt Dunlap says they found problems with a number of names on those petitions, and the effort failed by more than 1,700 signatures.

But Secretary Dunlap said the verification process found 11,178 of those signatures not valid for a variety of reasons, meaning the petition drive failed.