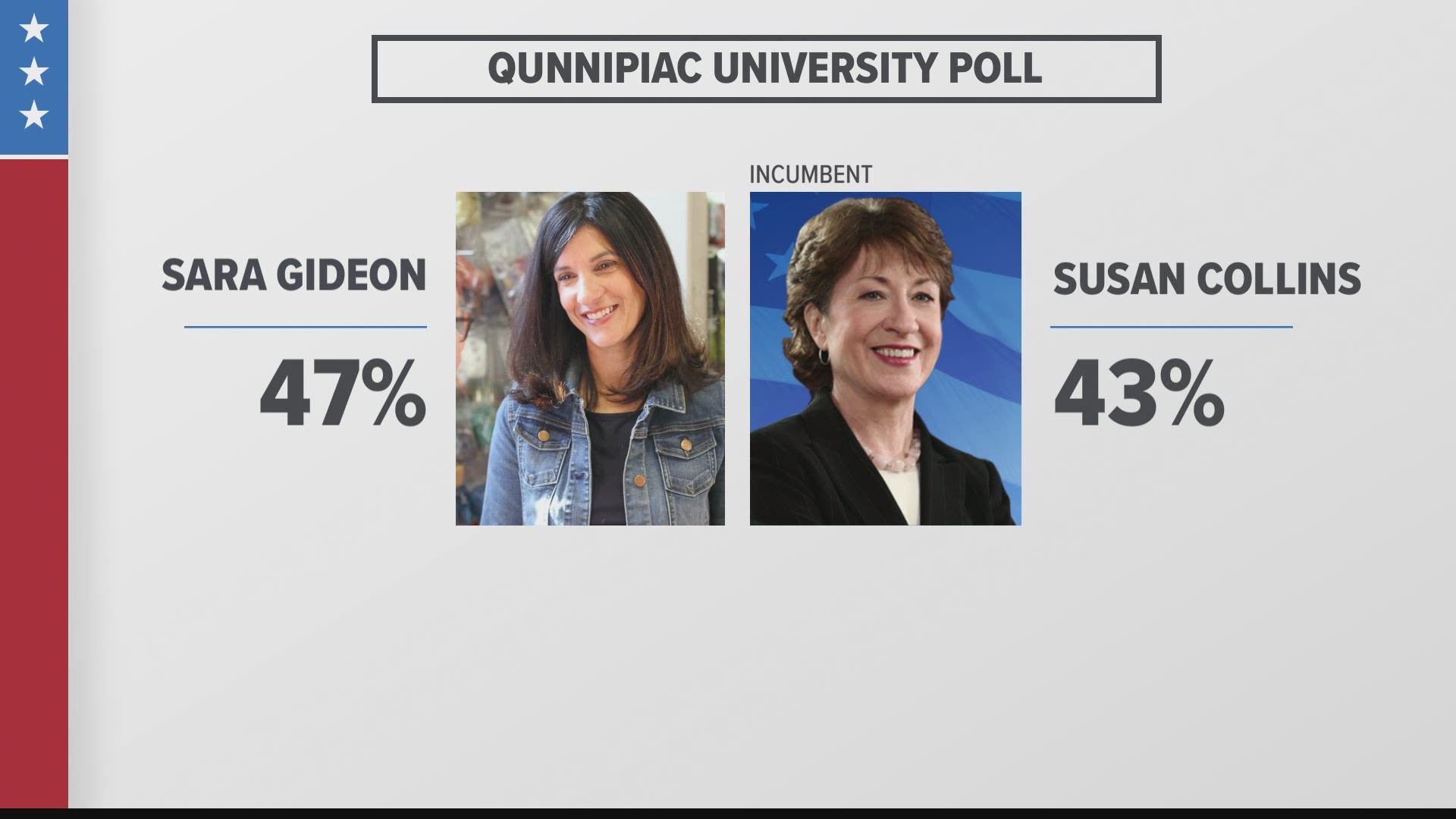 This poll was conducted through Quinnipiac University and more than 800 Mainers were polled. There is a +/-3.5 margin of error.

Also shown in the poll was overwhelming party support for the two major-party candidates. According to the poll, democrats back Gideon by 88 percent. Republicans back Collins by 85 percent, and independents are divided with 46 percent for Gideon and 42 percent for Collins.

The latest poll from Qunnipiac University shows Sara Gideon with a narrow lead over Sen. Susan Collins in the race for U.S. Senate just under 3 months out from the election. We'll break it down for you this morning on @newscentermaine #wakeMEup https://t.co/PANlSvddVF

With the election now less than 90 days away, candidates are gearing up to make their mark with voters. Gideon is set to make two campaign stops on Friday. She will tour ReVision Energy in South Portland and the Bigelow Laboratory for Ocean Sciences in East Boothbay.

There are four candidates set to be on the ballot come November. Republican Senator Susan Collins, Democrat Sara Gideon, and independents Max Linn and Lisa Savage.