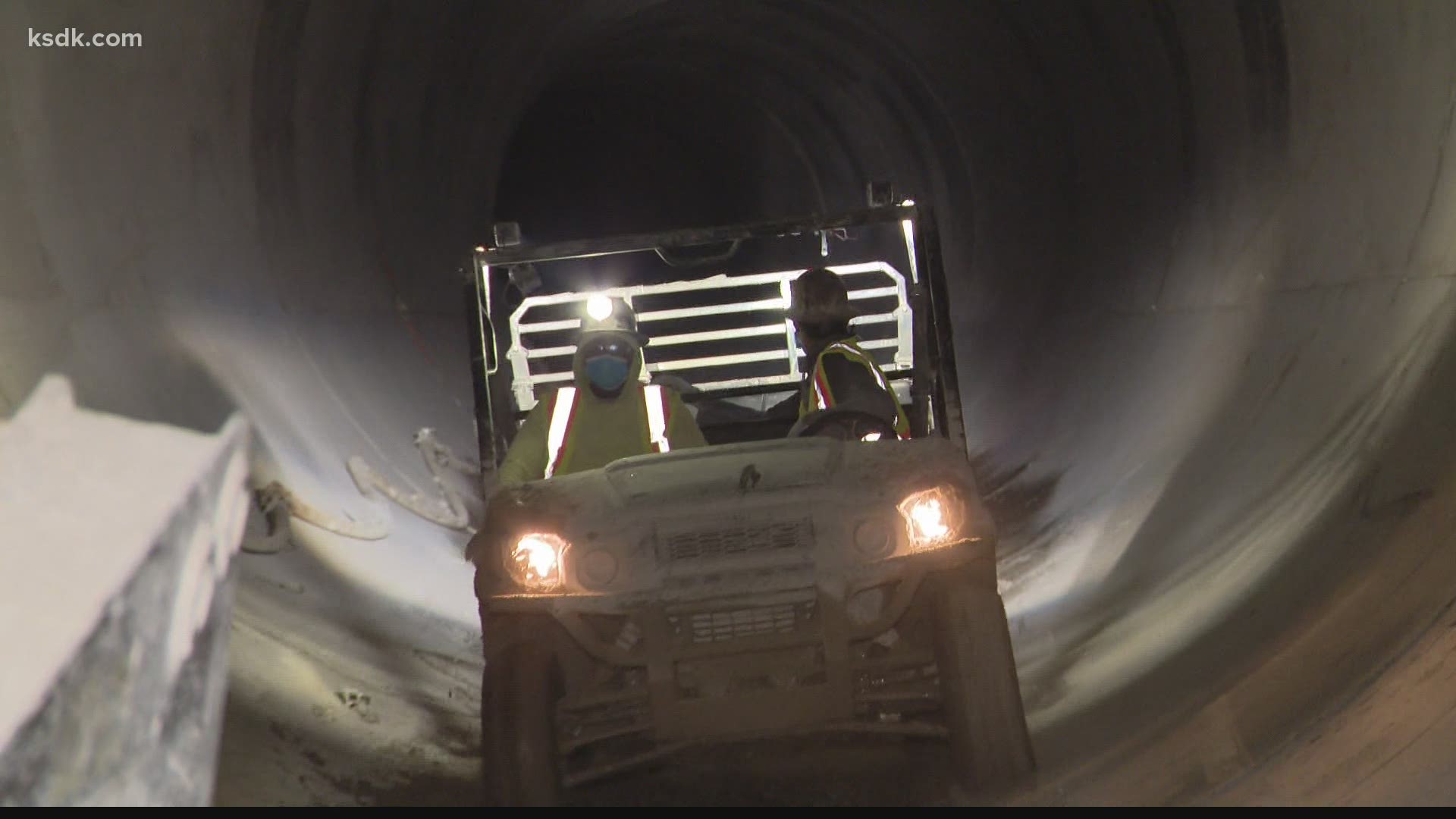 The proposition is asking voters how the sewer district should pay for work that a court order says must be done.

MSD took 5 On Your Side underground to see its progress on 60 miles of new wastewater sewers – some big enough to drive a train through.

One reason for this upgrade to the MSD system is to stop flooding that often occurs from heavy rain and "combined sewer overflows."

The agency said one new tunnel roughly 30-feet in diameter and 200-feet underground that runs from the Galleria Mall to Interstate 44 and Shrewsberry will keep close to 20 creeks in St. Louis from flooding homes. And there are plans for seven similar tunnels.

By court order, MSD must do the work. It's part of an agreement with the EPA.

But how the agency pays for it will be decided by voters.

"It's like buying a house with a mortgage (or) would you pay a cash up front?" asked Sean Hadley with MSD. "So that's what we're asking voters is how do you want to fund these projects that have to be done?

The cash option will cost less in the long run, but rates will jump more upfront.

But if voters vote yes to Prop Y, the average bill would only go up to about $63 in that same time, the agency said.

There are other repairs and upgrades to the MSD system in this $1.5 billion project.

Voters will decide on Tuesday if they want the agency to use bonds to keep rates lower and pay the price over time with interest.