Dozens of protesters came out in the snow to chant for President Trump to be impeached. 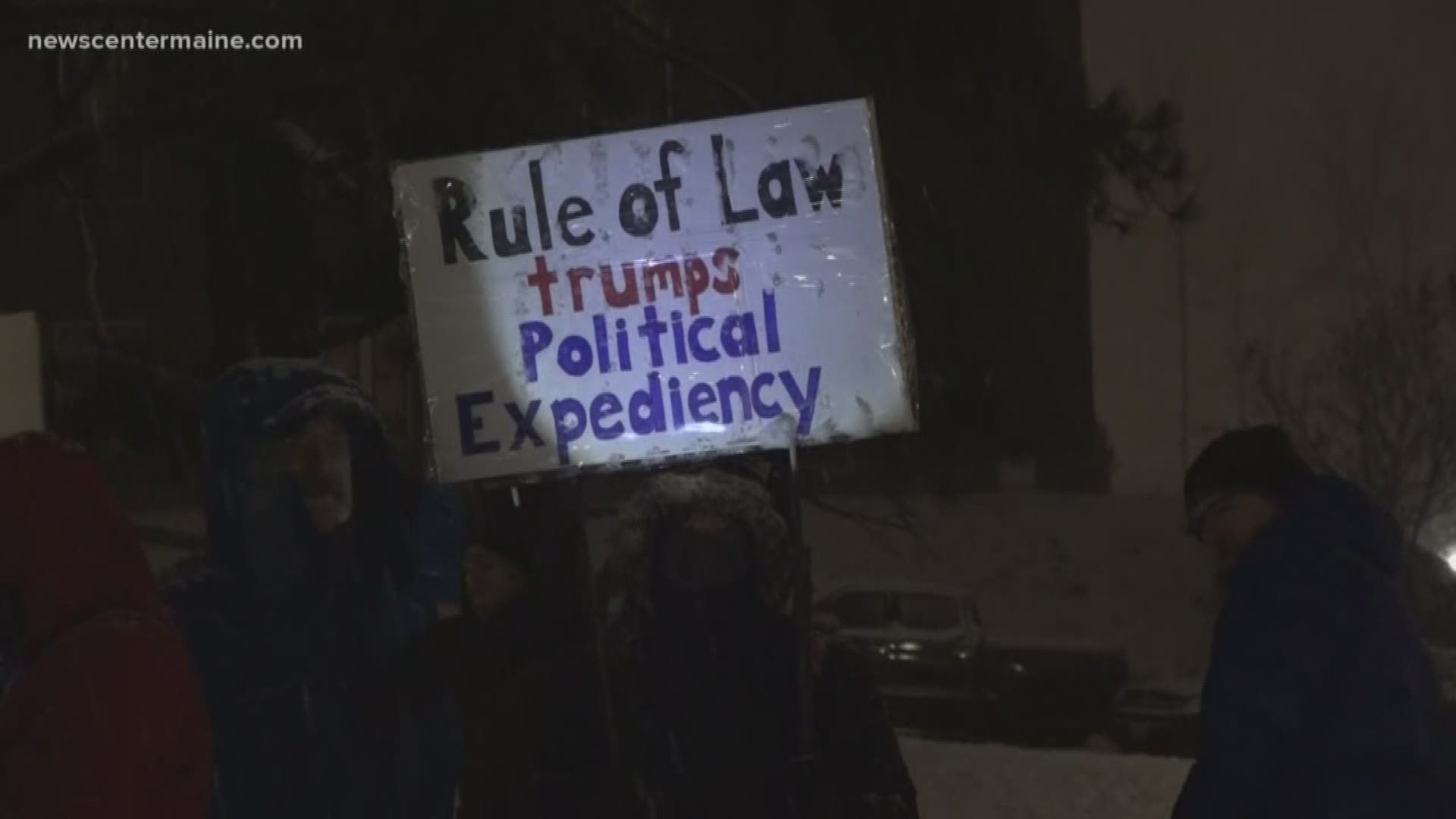 BANGOR, Maine — On the eve of the house impeachment vote, people across the nation are participating in pro-impeachment rallies.

In Bangor, dozens of people came out in the snow to hold signs and chant for President Trump to be impeached.

They also called on our lawmakers to “do their job” and vote yes on impeachment.