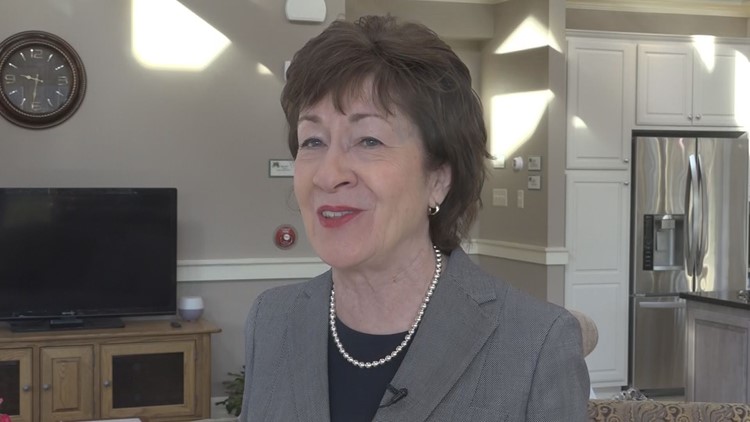 MAINE, USA — Protesters gathered outside of Senator Susan Collins' multiple state offices Tuesday, Nov. 26, as they called for the impeachment and removal of President Trump.

Protester organized by the group called 'Mainers for Accountable Leadership' (MFAL) showed up to protest at Senator Collins' six Maine offices between noon and 1 o'clock. Approximately 50 people showed up at the Republican Senator's Portland office.

MFAL is a part of a national coalition that has been working to impeach the President since February.

NEWS CENTER Maine spoke to Senator Collins today about the protest. She says while the protesters have every right to share their opinions, she will remain objective until the trial occurs.

"My role is that of a juror and a judge and just at you wouldn't want a juror to go into a case with pre-judgments and not being familiar with all the evidence, I feel very strongly about that. That is the stance I took at the impeachment trial of President Clinton years ago and that it's the one I'll take today," Collins said.

RELATED: Sen. Collins among 8 senators to meet with President Trump amid impeachment inquiry

Collins had said the President began the lunch by "venting" about the impeachment hearings. However, she said no one responded to those comments, and the conversation was quickly redirected to important issues such as the rising prices of prescription drugs and the FDA's role in curbing vaping.