Primaries gone for now, but will be coming back to Maine

One new name will be added: Democrat Michael Bloomberg. 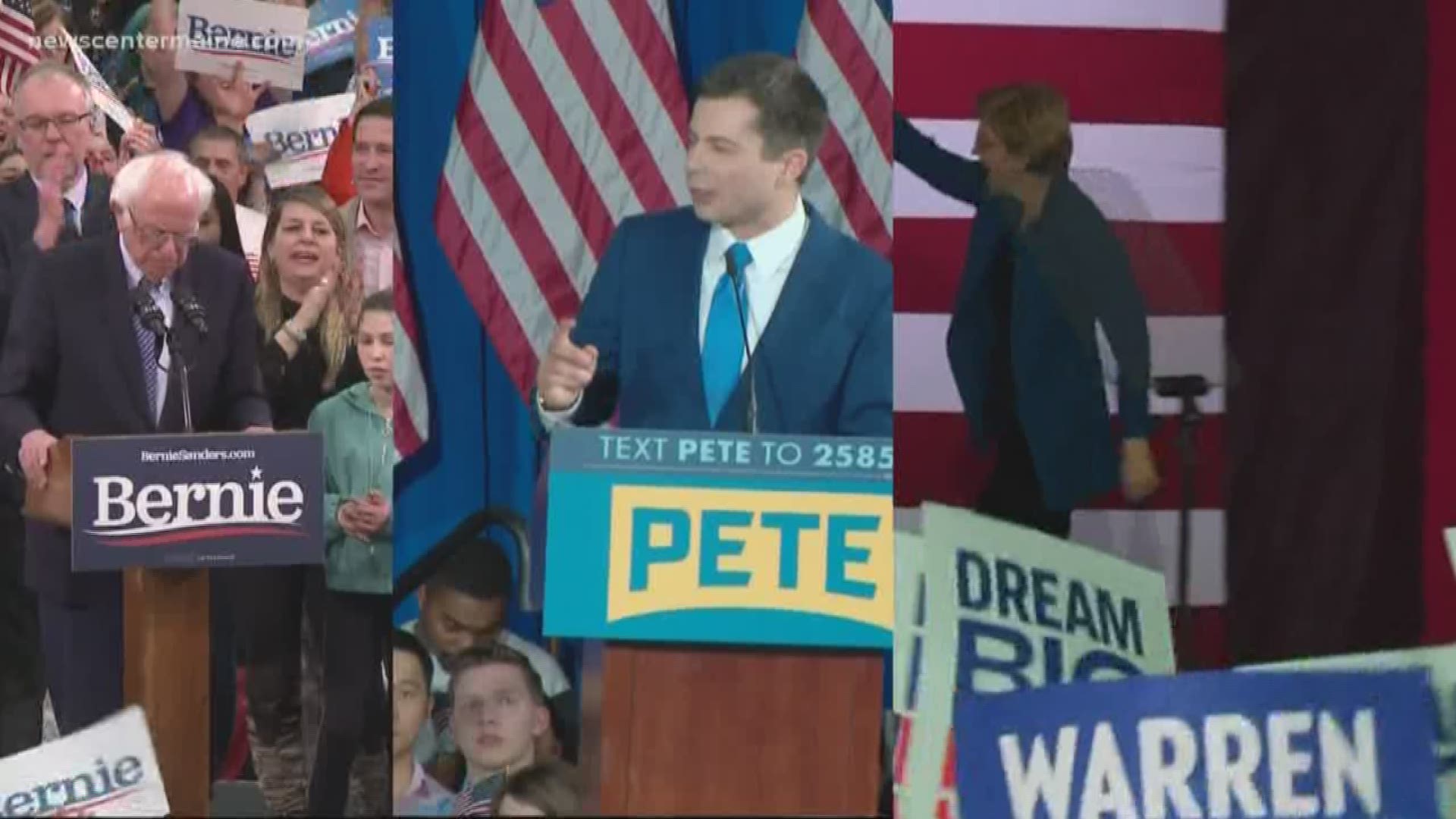 KITTERY, Maine — The New Hampshire primary candidates have New England in the rearview mirror after Tuesday’s voting, but some of them may soon be heading to Maine.

Most of the remaining Democratic presidential candidates from New Hampshire will be on the primary ballot in Maine on March 3, part of the Super Tuesday primary involving 15 states.

One new name will be added: Democrat Michael Bloomberg, who has been spending heavily on advertising but hasn’t been able to actually have anyone vote for him, will have his name on primary ballots in all the 15 states.

President Trump will be on the ballot for the Republican primary.

This will be the first time in 24 years that Maine has held a presidential primary. For the past two decades, and more, the political parties have conducted presidential preference votes at party caucuses. That changed last year when the Legislature passed the bill to return the state to a March primary.

Maine Democratic Party chair Kathleen Marra says the presidential campaigns are already at work in Maine, but could not say if any of those candidates is considered a front runner in Maine.

“I can’t say there’s a favorite, there is a large field. I get the same sense you do I look at the email, Iook at Facebook, hear people talking,” Marra said Wednesday.

Several of the top Democratic candidates have already been to Maine, over the past few months, but there’s no word yet if they intend to come back before the primary. President Trump held a big rally in New Hampshire on Monday but the Trump campaign hasn’t said whether he will make a pre-primary visit to Maine.

One Democratic candidate has already announced a visit. Tulsi Gabbard, who did not enough votes to be in contention in New Hampshire, has announced a town hall meeting in Hallowell on Sunday.

The primary elections are for members of the political parties, but voters can sign up for a party on Election Day and vote. However, they have to remain a member of that party for a minimum of 90 days afterward.

Voters who are already in a party but want to switch have to do it by the close of business Friday, Feb. 14.

There is also a special referendum election that same day on the “people’s veto” of a  new law on vaccine requirements, and all registered voters are allowed to vote on that, whether they are party members or not.

RELATED: Savannah Guthrie has been to Maine only once—but she’s heard about the food