Read the contract and its addendum in its entirety in this story. 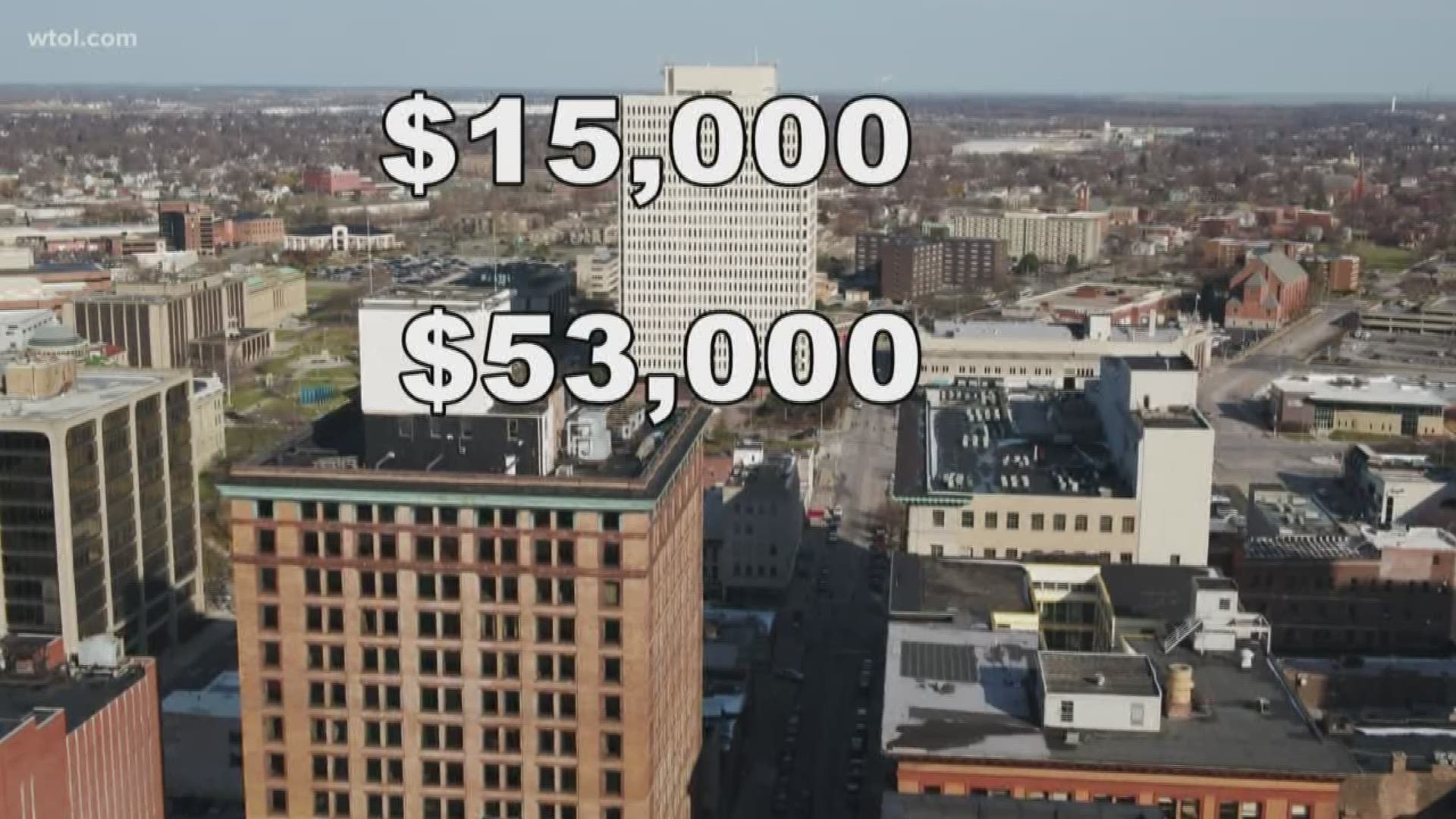 TOLEDO, Ohio — The contract between Huntington Center manager SMG and the Donald J. Trump campaign shows the campaign is paying a $35,000 rental fee for the 8,000-seat facility, as well as an additional $53,000 for remaining rent, stagehands, internet, ribbon board files they need.

Huntington Center General Manager Steve Miller says the campaign already has paid the $53,000 and a $15,000 deposit, and the remaining balance will be settled after Thursday's event, if there are any additional expenses.

The contract also specifies the Trump campaign is responsible for any damages at the facility, or to property near the facility by any unlawful acts caused by those who hold tickets to and attend the event.

RELATED: Going to the 'Keep America Great' rally Thursday? Here's what you need to know

RELATED: Trump merchandise for sale ahead of Toledo rally

The Huntington Center will keep 100% of all revenues generated in connection with parking lot fees and sale of food and beverages during the rally. The $35,000 flat rental fee covers two set-up days - starting Tuesday - and Thursday's show day. The contract was signed on Dec. 16 by Miller and Bradley Crate, the treasurer of Donald J. Trump for President, Inc.

An addendum to the contract struck out a section that would permit the Huntington Center to release information relating to attendance figures.

The addendum also noted that the Secret Service is responsible for independently coordinating law enforcement services necessary for the rally. "As such, no law enforcement or related costs in connection with the Event will be the responsibility of (Donald J. Trump for President, Inc.) or (SMG), and no such costs will be coordinated or incurred by Owner, charged through Owner to DJTFP, or otherwise be reimbursable expenses in connection with this Agreement," the addendum reads.

According to Mayor Wade Kapszukiewicz's office, Toledo police overtime will cost about $30,000.

“We want to make sure the campaigns, the candidates from both parties, and the community understand that there are significant costs for events such as this. It is our understanding that Toledo has never billed for such costs historically, and we do not expect to change that practice in this administration," he said. "Sometimes there are costs associated with living in a free, open, and democratic society. This is one of those occasions. Our safety forces pride themselves on serving the public - regardless of the circumstance - and Thursday’s rally will be no exception.”

Based on an expense report that is to be delivered to the campaign by SMG after the rally, the campaign is to reimburse SMG for all expenses directly incurred by the Huntington Center in connection with the services within five days of receipt of the report.