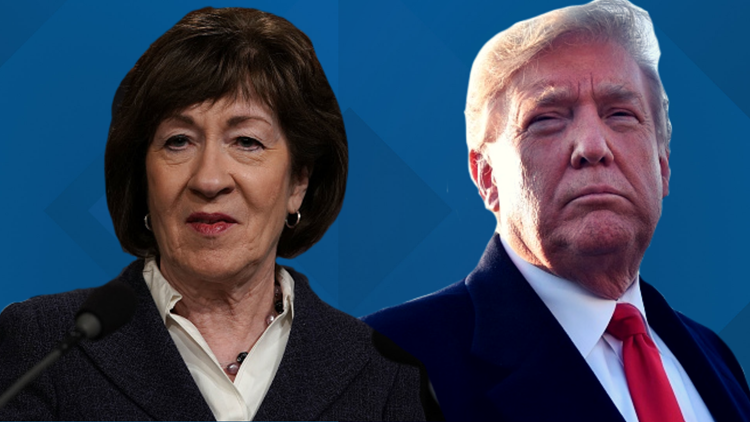 The president's tweet was in response to a tweet by Sen. Lindsey Graham (R-SC) that read: "My friend @SenSusanCollins showed unbelievable courage during Justice Kavanaugh's confirmation and at other times when our country has needed a steady voice. We need her to ensure a GOP majority in 2020. Please support her today."

Maine's only current republican senator just announced that she will run for reelection, and she will increasingly be in the spotlight as the 2020 elections get closer.

Sen. Collins has faced criticism from voters on both sides of the political spectrum throughout her current term.

She was most notably criticized in October 2018, when she voted in favor of confirming Supreme Court Justice Brett Kavanaugh to the U.S. Supreme Court. Kavanaugh was nominated by President Trump but was accused of sexually assaulting Dr. Christine Blasey Ford when he and Ford were teenagers.

RELATED: 'I will not be intimidated.' Senator Susan Collins says she made the right decision on Kavanaugh