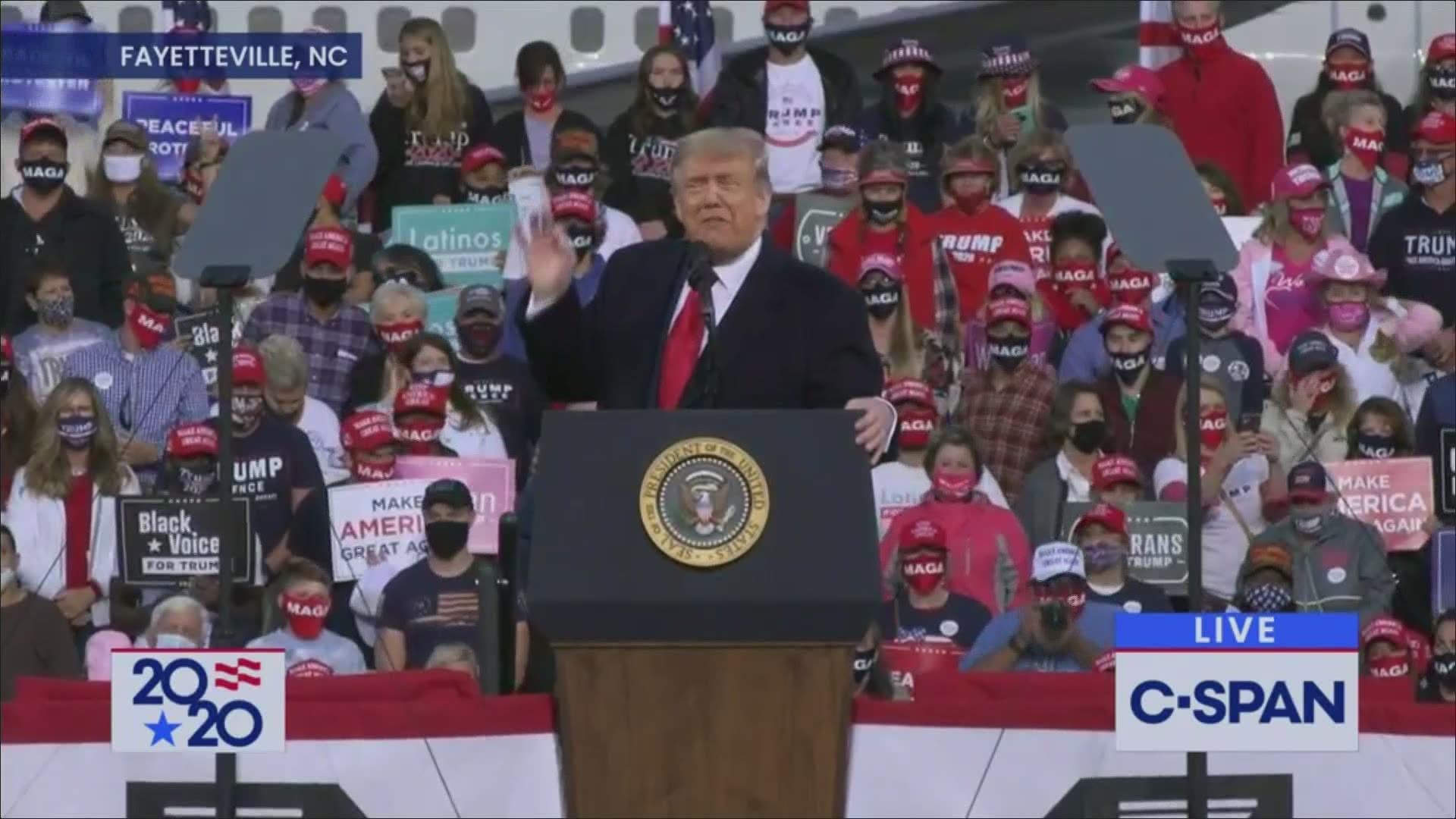 President Trump began the rally by speaking about the death of Ruth Bader Ginsburg.

"As we meet tonight, our nation mourns the loss of a legal giant, Supreme Court Justice Ruth Bader Ginsburg," Trump began. "You may agree or disagree with her, but she was a tremendous inspiration to a lot of people... Our thoughts and prayers are with her family."

Following his message of condolence, Trump said, "Article 2 of our Constitution says the President should nominate justices of the Supreme Court. I don't think it can be any more clear, I don't think so!"

The crowd responded by chanting, "Fill that seat!"

The President continued, working Senator Susan Collins into his remarks, "There have been 29 times a vacancy opened during an election year or prior to an inauguration. 29 times! That's a lot. Every single time, the sitting President made a nomination... Nobody said, 'Oh let's not fill the seat!' We won the election! Now, we have some senators that, oh well, you know, forget it. I won't say it... I won't say it, Susan! I won't say it, Susan."

The President's entire rally in Fayetteville was broadcast of C-SPAN and can be watched here: https://www.c-span.org/video/?475837-1/president-trump-announce-nominee-supreme-court-next-week#&vod

Earlier in the day Saturday, Susan Collins issued a statement in which she takes no issue with President Trump nominating a new justice, but stops short at saying the Senate should vote on his nominee.

Collins says, “In order for the American people to have faith in their elected officials, we must act fairly and consistently—no matter which political party is in power," Collins said in a statement Saturday. "President Trump has the constitutional authority to make a nomination to fill the Supreme Court vacancy, and I would have no objection to the Senate Judiciary Committee's beginning the process of reviewing his nominee's credentials."

She continued to say, “Given the proximity of the presidential election, however, I do not believe that the Senate should vote on the nominee prior to the election."

"In fairness to the American people, who will either be re-electing the President or selecting a new one, the decision on a lifetime appointment to the Supreme Court should be made by the President who is elected on November 3rd.”