Dozens of people gathered in Monument Square in Portland for the annual Women's March. 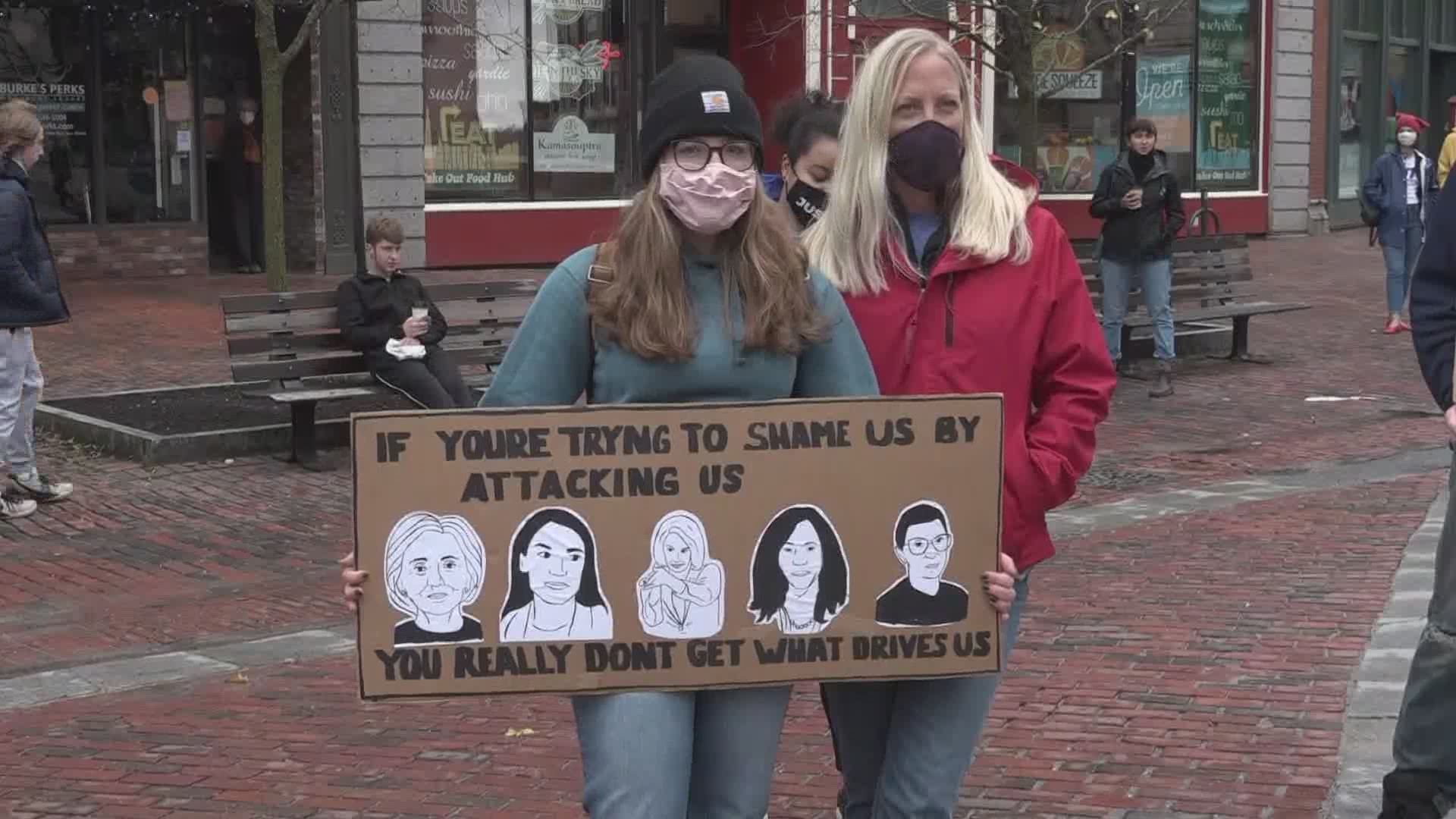 PORTLAND, Maine — The annual Women's March happened across the nation on Saturday. This year the issue on many people's minds was the Supreme Court vacancy left by Ruth Bader Ginsburg's death, as the Senate Judiciary Committee is set to vote on Amy Coney Barrett — President Donald Trump's nominee.

While that is a large concern for many demonstrators, Maine people also expressed concerns about a number of issues.

"People are also galvanized about climate change, galvanized by the idea that we won't have a free and fair election, galvanized about COVID-19 and the way that women are being driven out of the workforce," Kim Simmons with Women's March Portland said.

The Women's March began after the 2016 presidential election in order to build a more inclusive community, according to its website.

The first march was in Washington, D.C. and has since grown to cities across the country.