On Tuesday morning, the Portland Regional Chamber of Commerce announced a lawsuit against the city of Portland regarding the emergency wage provision. 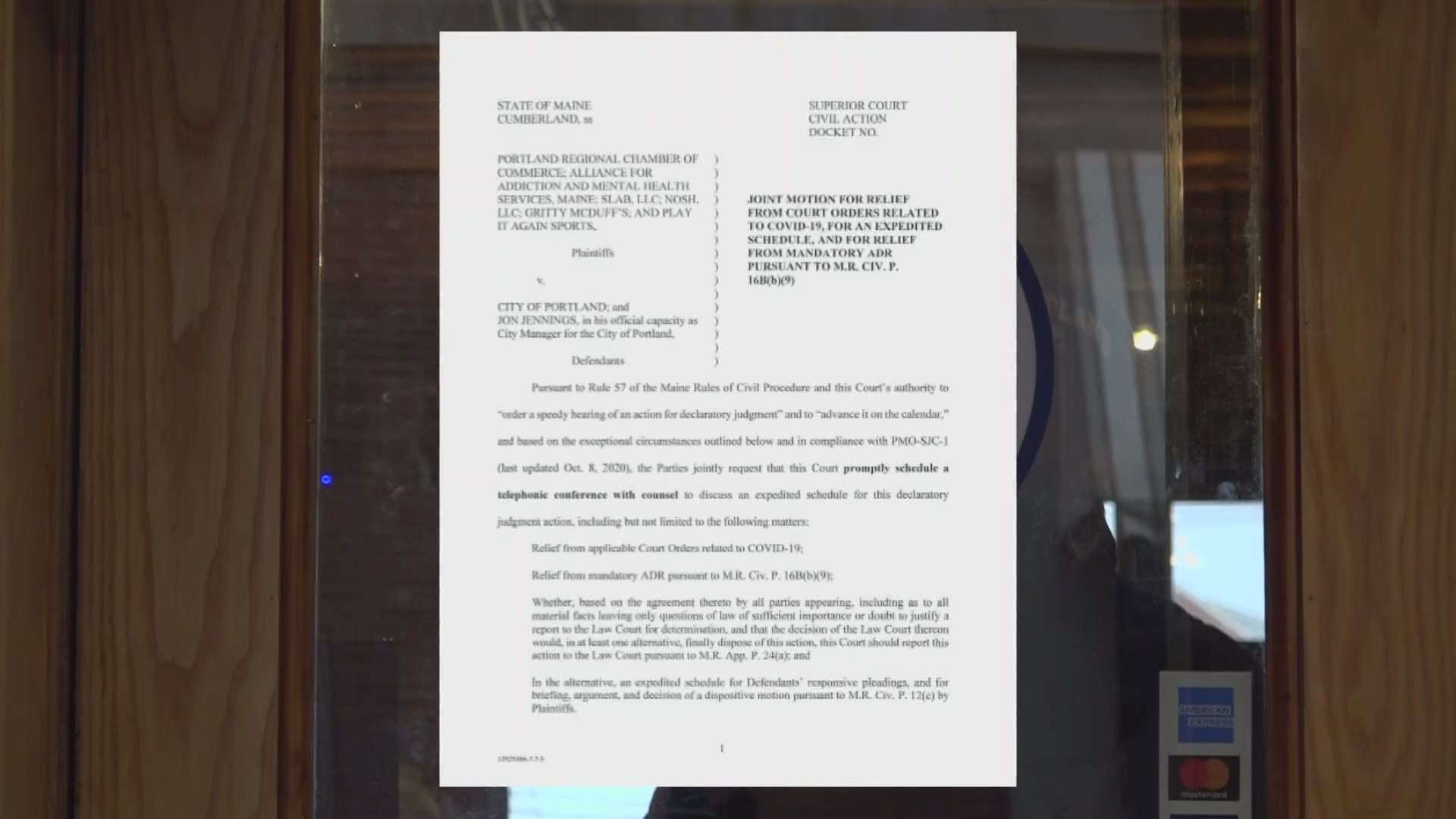 "While we bear no ill will towards the city, we cannot allow our member businesses, the majority of which are small and medium sized businesses and organizations to falter under the burden under what is now the highest minimum wage in the country," Quincy Hentzel, CEO of the Portland Regional Chamber, said during a virtual press conference.

Nosh, Slab, Gritty McDuff's, Play It Again Sports the the Alliance for Addiction and Mental Health Services are the businesses filing a lawsuit with the Portland Chamber against the city #NEWSCENTERmaine pic.twitter.com/6w4RQqzznj

According to the referendum, workers are to receive a minimum wage increase of time and a half during an emergency like the pandemic.

The city's current minimum wage is $12 an hour which would mean an increase would be $18 an hour.

"While the referendum, as written and passed, allows for gradual increases in the minimum wage through the year 2025 and beyond, there is debate about when the emergency wage increase takes effect and that presents either an immediate or delayed financial burden for our members,” Hentzel added.

City of Portland spokesperson, Jessica Grondin told NEWS CENTER Maine that the will not be commenting as it does not comment on pending litigation.

Affidavit of Alliance for Addiction and Mental Health Services

Affidavit of Play It Again Sports