'Nobody knows what the hell is going on': Popovich levels criticism at Texas state leadership amid worsening coronavirus crisis

The Spurs head coach says life in the bubble in Orlando feels safer than his team's home state. 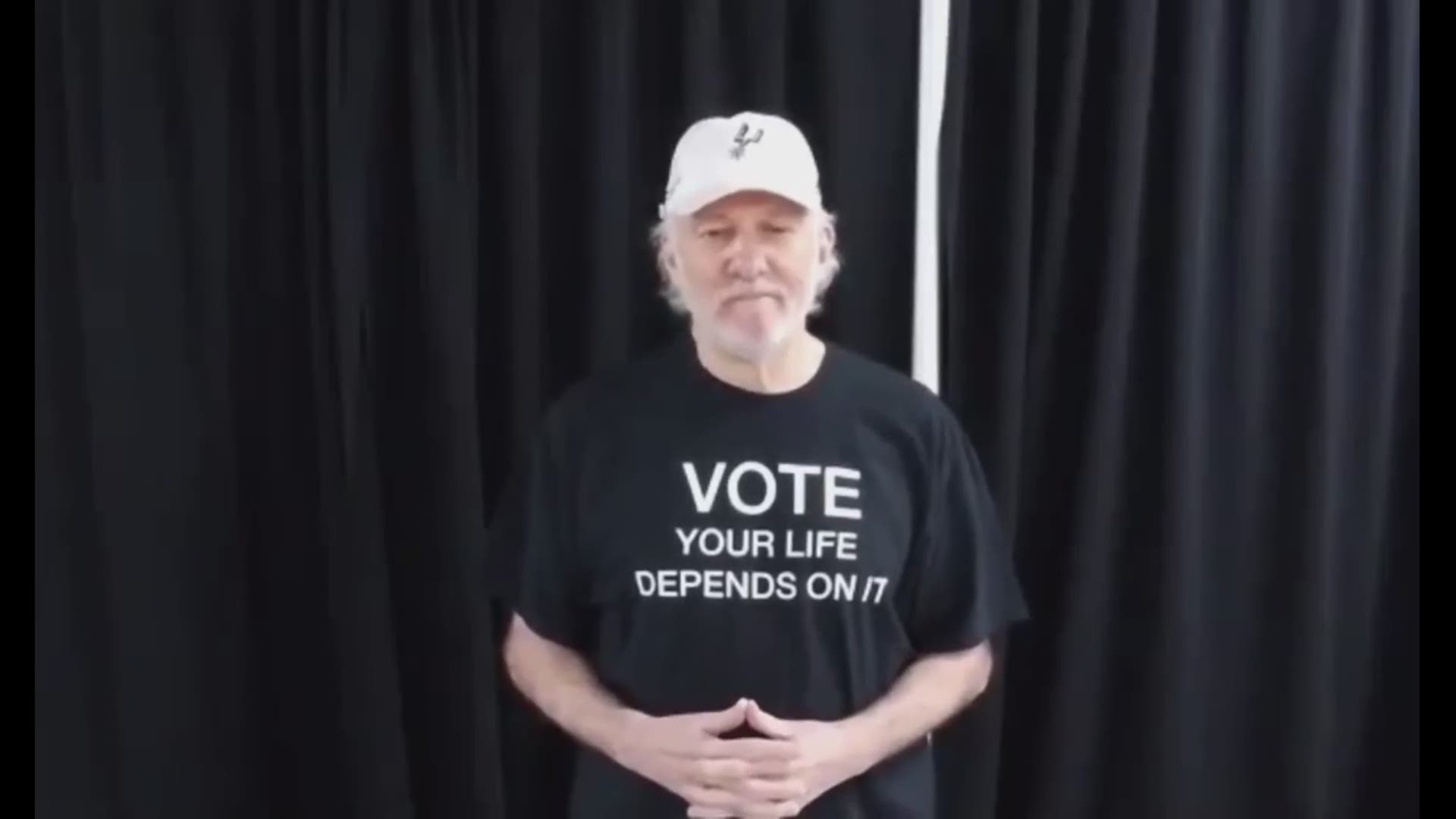 SAN ANTONIO — The closer we get to the NBA season restart tipping off in Orlando, the more basketball fans are holding their breath that a champion is crowned without play being halted by the novel coronavirus once again.

The Spurs are one of just 22 teams vying to finish out the regular season with their ticket punched for postseason play. And they'll be doing so within a bubble at Walt Disney World Resort, minimizing person-to-person contact and maximing safety. The importance of the bubble is made even greater as Florida has become one of the worst COVID-19 hotspots in the country.

But if you ask Spurs Head coach Gregg Popovich, life in the bubble is safer than being in Texas, which has seen its own surge in virus cases and hospitalizations over the last six weeks. Asked by KENS 5's Tom Petrini about his potential concerns surrounding Florida's worsening coronavirus situation, Popovich took aim at leadership back in his team's home state.

"We've been all over the map in Texas, nobody knows what the hell is going on," Popovich said, while wearing a shirt reading "Vote. Your life depends on it."

"We have a lieutanant governor who said he doesn't want to listen to (National Institute of Allergy and Infectious Diseases Dr. Anthony) Fauci and those people anymore. How safe can that be? The messaging is ridiculous."

The sentiment echoes similar comments made by Popovich over the weekend, when the league's oldest active head coach also said he feels safer at Disney than he would in Texas. You can watch his full comments below.

“We’ve been all over the map in Texas, nobody knows what the hell is going on. We have a Lt. Gov. who decided he doesn’t want to listen to Fauci and those people anymore”

Gregg Popovich shared some thoughts about state and federal leadership on coronavirus pic.twitter.com/XiMQcunE6y