The doors were locked at the Maine State House Thursday, though the actual public impact was minimal. 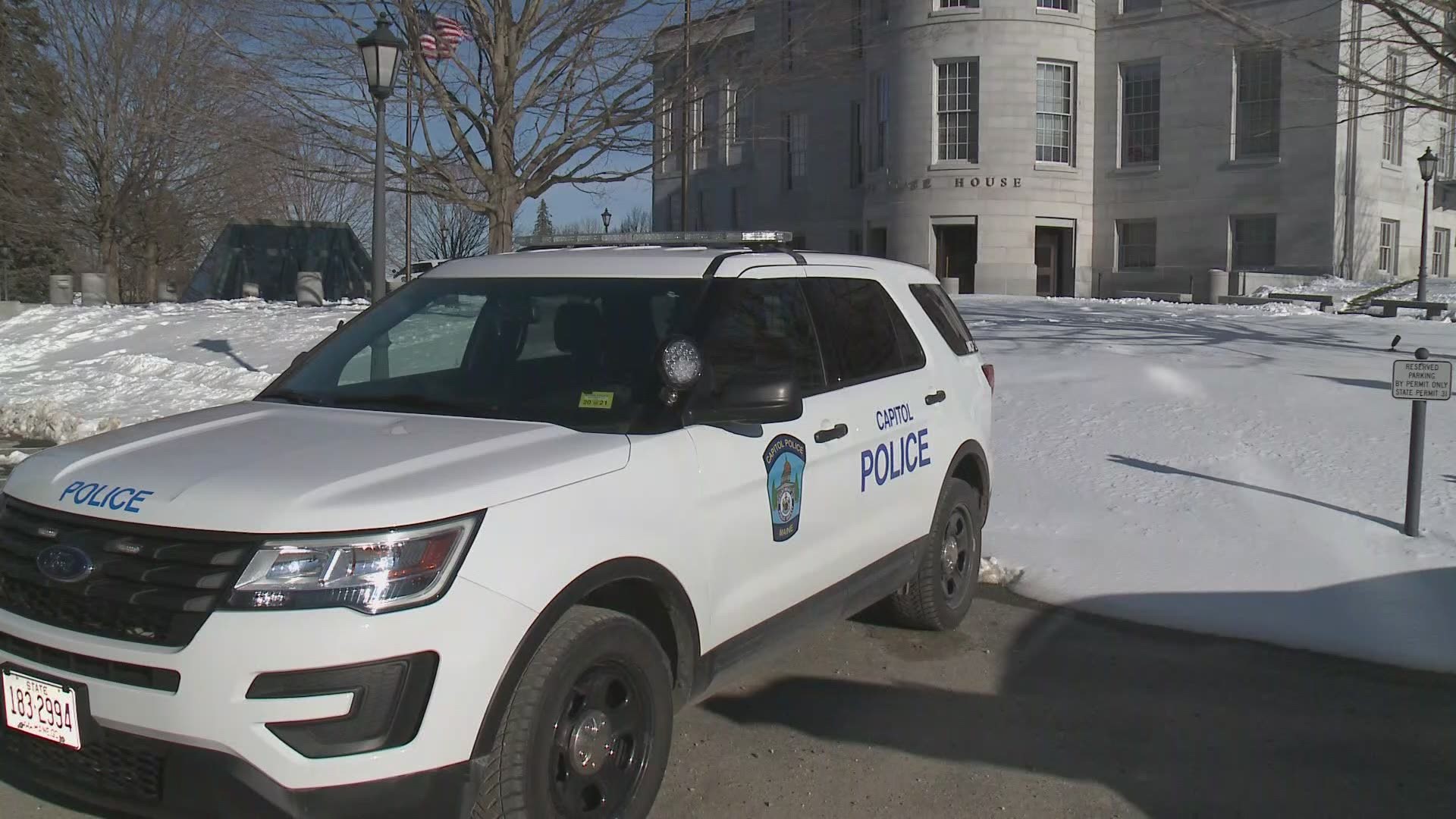 AUGUSTA, Maine — Maine State House has been closed to the public for nine months because of the COVID pandemic, but Capitol Police officers said Thursday that the lockdown was also an extra step in response to Wednesday’s attack on the U.S. Capitol.

The State House is guarded by Capitol Police, who are part of the state Department of Public Safety. There is a security gate at the entrance to the State House building itself, although there is no such barrier at the office building nearby where many Legislative committee meetings are held.

Police and lawmakers are used to protests and demonstrations for various issues, and the small Capitol Police force can call in nearby State Police, Augusta Police, and Kennebec County sheriff’s deputies if and when more help is needed—though that has been rare.

Top Legislators praised the work of the Capitol Police.

“To my knowledge, there has been no suggestion security in the Capitol is anything but exemplary,” wrote Sen. Matt Pouliot (R-Augusta) Assistant Senate GOP leader.

“Capitol Police have done a really good job making sure (demonstrators) remain peaceful, so at this time I don’t have any immediate concerns about the safety of the building or people in it.”

However, Fecteau and the Senate President did spend part of the day Thursday in discussions with the Mills Administration—including the Commissioner of Public Safety and Capitol Police chief—analyzing security in the wake of the U.S. Capitol attack.

The Governor’s office did not comment on the issue, and the Commissioner refused a request for an interview about State House security on the subject Thursday.

Speaker Fecteau said he thinks the riot in Congress shows the need to check on security measures locally, to make sure nothing has been missed, in case of a similar large crowd event.

“That’s where my concern is that there is a plan in place, to be prepared," Fecteau said.

There was no immediate word on any recommendations as a result of the meetings.