People across New England come out for Bernie Sanders rally

Bernie Sanders' rally at the Rochester Opera House drew a crowd from all over New England. While many were Sanders supporters, others were undecided voter. 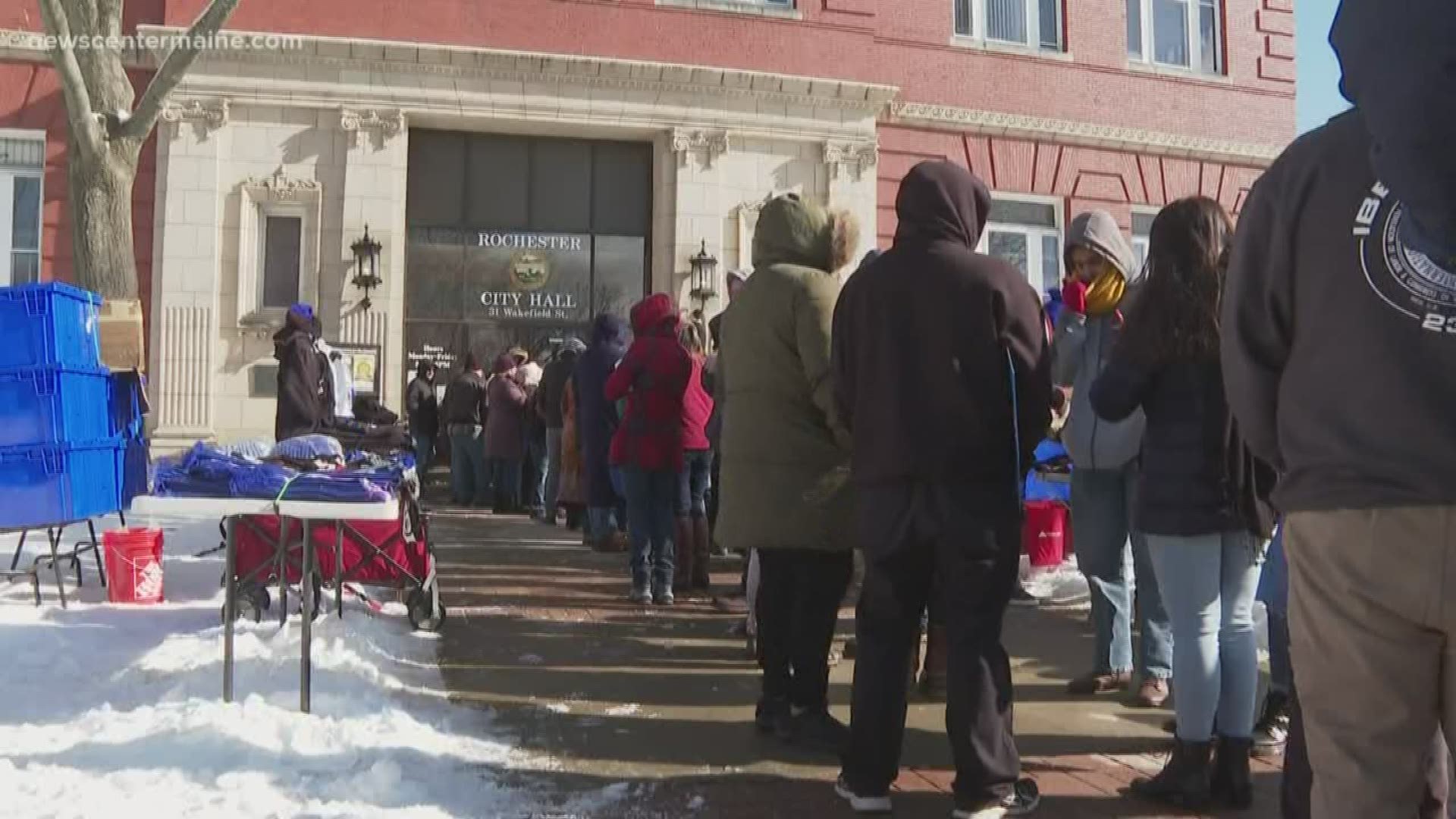 ROCHESTER, New Hampshire — People from all over New England took the opportunity to hear Senator Bernie Sanders' vision for America on Saturday at the Rochester Opera House.

"I think Bernie has a really passionate platform and a lot of passionate supporters, and they come from far to hear him speak. I think that speaks to the strength of his movement," said one supporter.

"I'm a big Bernie Sanders supporter generally. I really like a lot of his public policy," said supporter Alastair Clements of Connecticut.

One family from Kennebunkport, Maine made the drive down to the event so their kids could learn more about the election process.

"We live in Kennebunkport, but we wanted to show the boys Democracy in action," the family said.

On stage, Bernie Sanders painted a picture of his America. "In America, you should not go bankrupt because you're dealing with cancer or heart disease. That is an outrage," said Sanders.

He told voters what they could expect under a Sanders administration.

"We're going to move forward so no teacher in American makes less than $60,000 a year."

The tradition of the New Hampshire primary as the first primary in the nation means candidates spend a lot of time in the Granite State. People from New England and beyond travel to New Hampshire ahead of the primary to see candidates in person.

At the Sanders event in Rochester, some people were Sanders supporters, others were undecided voters trying to hear as many candidates speak as possible.

There were even some "political tourists" who can't vote in the United States but nevertheless were interested in experiencing the excitement of the New Hampshire primary.

"We're from the Netherlands," said a man from Holland. "We're visiting the Democratic elections. We go to Bernie; we've been Tulsi Gabbard."

Asked why he's interested in American politics, the man said, "It's the most important country in the world and it's just fascinating to shake Bernie's hands and ask him questions. He can be the president for a couple of years."

RELATED: Supporters rally for Democratic candidates ahead of Primary vote