US: Wolves may need protections after states expand hunting

The U.S. Fish and Wildlife Service said wolves face new potential perils, after a decades-long restoration was capped by their return to state management. 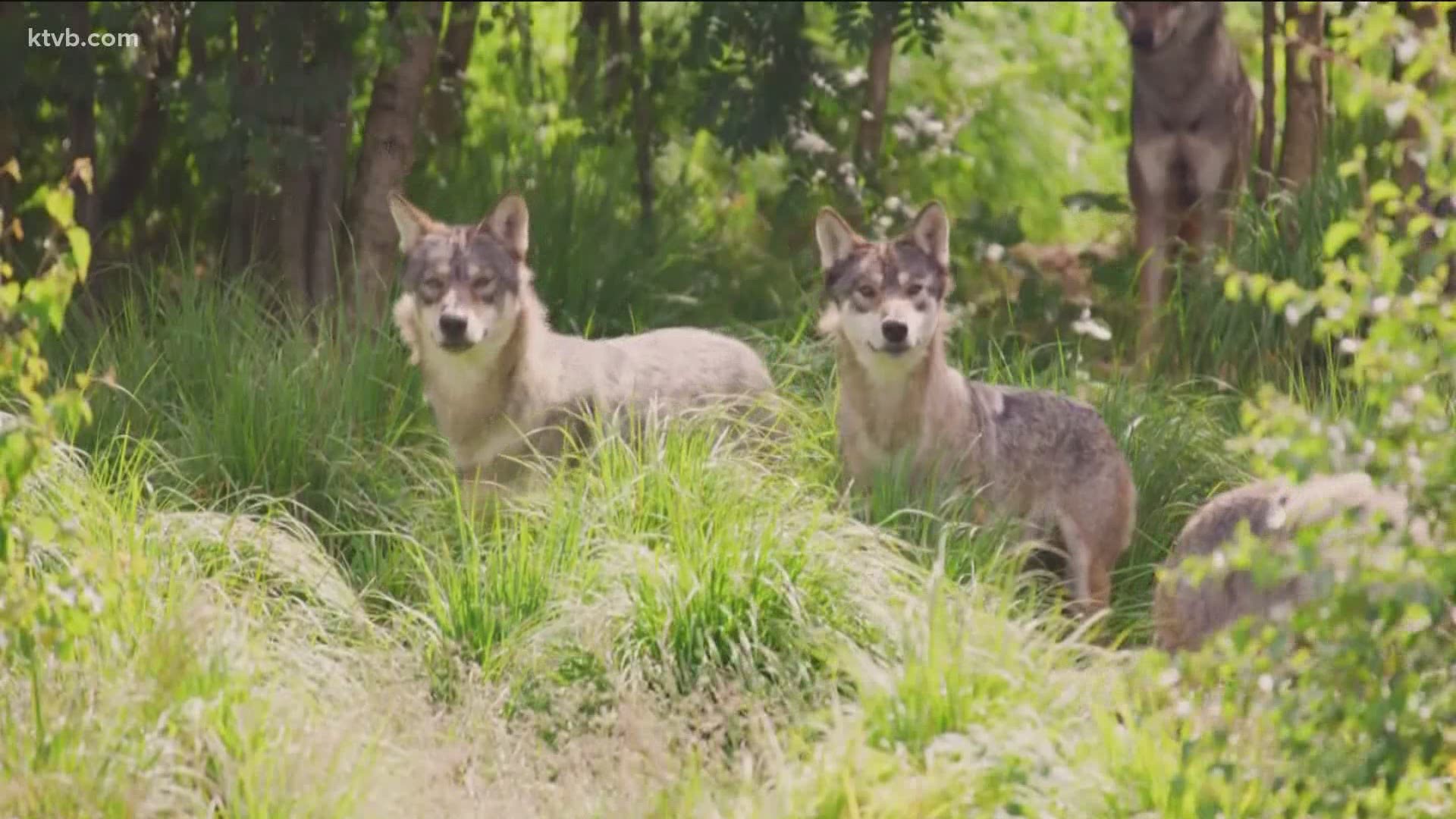 BILLINGS, Mont. — Editor's Note: The video with the story aired in May when a petition was filed with the Biden administration to protect gray wolves.

The Biden administration said Wednesday that federal protections may need to be restored for gray wolves in the western U.S. after Republican-backed state laws made it much easier to kill the predators.

The U.S. Fish and Wildlife Service determination that the region's wolves could again be in peril — after decades spent restoring them — will kick off a year-long biological review.

It marks an abrupt turnaround for agency officials who spent years in court defending their decision under the Obama administration to allow wolves to be hunted and trapped under state jurisdiction in the six-state Northern Rockies region.

Former President Donald Trump's administration lifted protections across most of the rest of the U.S. in his last days in office.

Republican lawmakers in Montana and Idaho have been intent on culling more wolf packs, which are blamed for periodic attacks on livestock and reducing elk and deer herds that many hunters prize.

The states' Republican governors in recent months signed into law measures that expanded when, where and how wolves can be killed.

The Humane Society of the U.S., the Center for Biological Diversity and other groups had filed legal petitions asking federal officials to intervene.

The Fish and Wildlife Service said Wednesday that it had received "credible and substantial information that increased human-caused mortality in Idaho and Montana may pose a threat to wolves in those two states."

The agency rejected a request to restore protections immediately. But it said the groups provided enough information to justify a year-long review of whether wolves warrant re-listing under the Endangered Species Act, which is for plants and animals considered at risk of extinction.

Center for Biological Diversity attorney Andrea Zaccardi said advocates welcomed the review but said wolves were "under the gun now" and need protections right away.

"We are concerned that a lot of wolves could be wiped out while undertaking a year-long review," she said.

Wolves were exterminated across most of the U.S. by the 1930s under government-sponsored poisoning and trapping campaigns. They were reintroduced from Canada into the Northern Rockies in the 1990s and expanded over the past two decades into parts of Oregon, Washington and California.

Dozens of American Indian tribes asked the Biden administration on Tuesday to immediately enact emergency protections for gray wolves nationwide, saying states have become too aggressive in hunting the animals.

See all of our latest political coverage in our YouTube playlist: