Hours ahead of the"Keep America Great" rally, people lined up at the door to see the president. 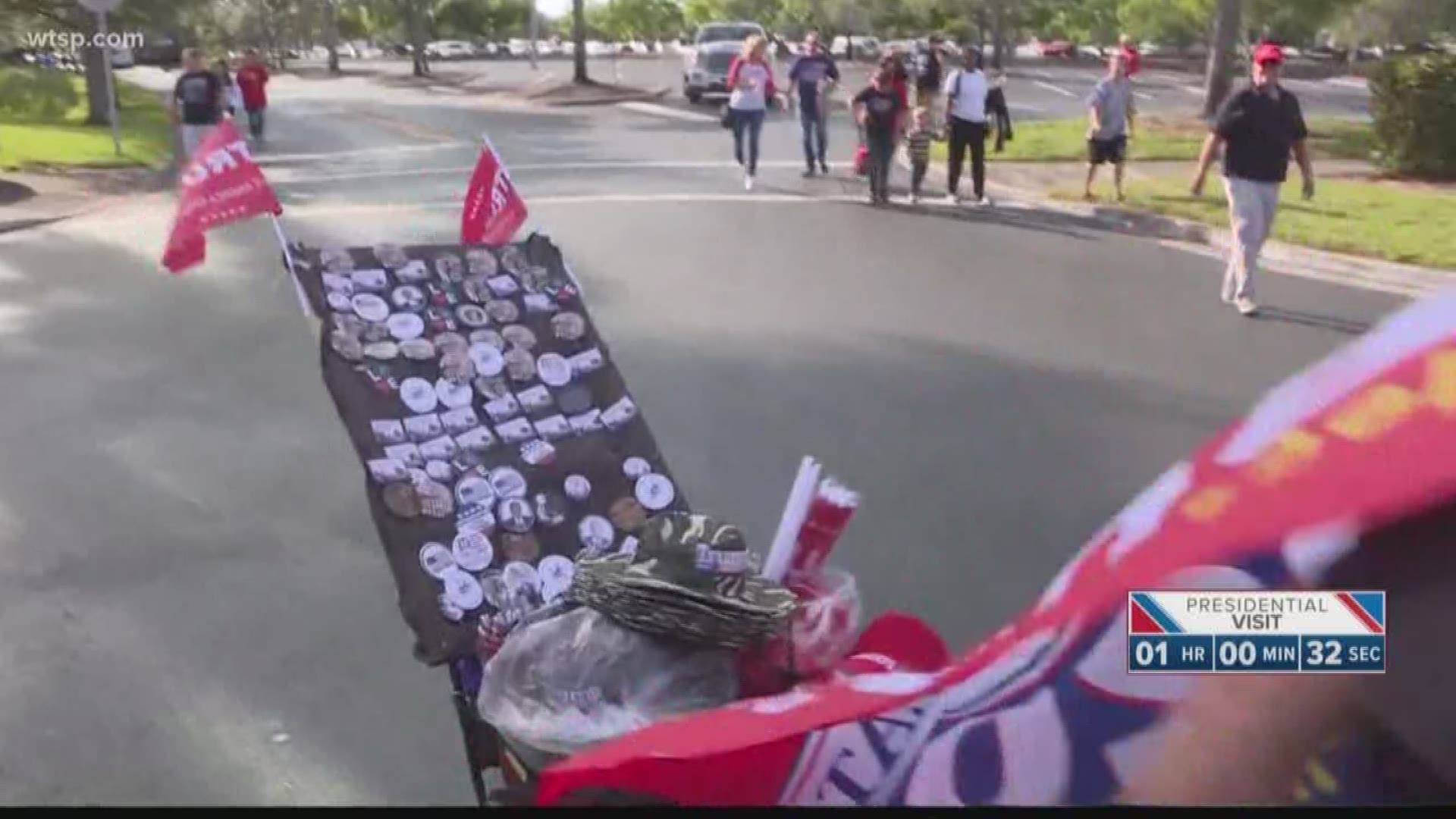 SUNRISE, Fla. — Hundreds of people ready to see President Donald Trump in Florida arrived early to get the best seat in the house.

It's likely Trump will have no problem getting their votes; the question will be whether he can earn enough to win the state and its 29 electoral votes next Election Day.

Crowds formed at the front doors of the BB&T Center in Sunrise, Fla., hours ahead of the 7 p.m. start time for the president's "Keep America Great" rally. A mother and son were among them, her wearing a Trump T-shirt and him sporting an American flag suit.

They joked she sewed it for him, 10News' Josh Sidorowicz reports.

The rally is being billed as sort of a "homecoming" event, as Trump recently changed his residency to Florida.

While the mother and son duo head indoors, a large group of protestors will stay outside. They've been there for a while, too, making sure their message gets out: "Keep Broward blue."

The BB&T Center in Broward County is located in Democrats' South Florida stronghold, where former secretary of state Hillary Clinton easily won Broward, Miami-Dade and Palm Beach counties in 2016. It appears Trump is working to get every vote he can -- even in Democratic areas -- while banking on Republican votes elsewhere.

"If he can get every South Florida Republican to vote for him, it means with the other votes around the state, he can win," Charles Zelden, a professor of history and political science at Nova Southeastern University, told WFOR-TV.

"If they don’t show up to vote in South Florida, it may not be enough."

One thing is certain, however: The ongoing impeachment inquiry has not changed supporters’ view of the president, Sidorowicz reports. If anything, it’s solidified their support.