Pingree: “There are no constitutional, historical, financial, or economic reasons why the more than 700,000 Washington, DC residents should not be granted statehood" 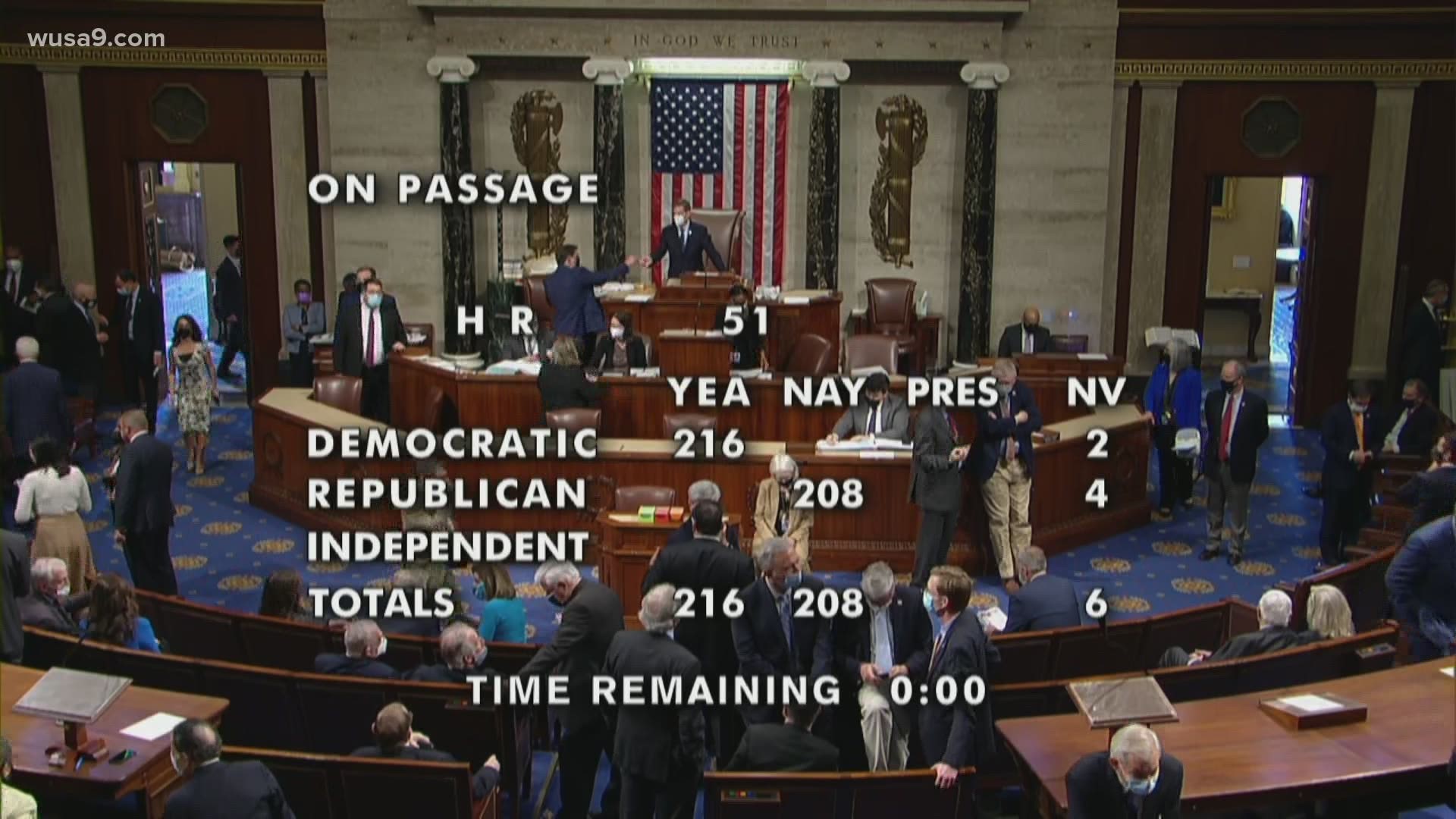 “Washington, D.C. has more residents than the states of Vermont or Wyoming—yet these states are still allowed representation in Congress and the right to self-government. To give D.C. residents an equal voice in our democracy, we must pass H.R. 51. The Constitution gives Congress the authority to admit new states—all 37 states added after the original 13 were admitted by legislation, not by a constitutional amendment,” Pingree, an original cosponsor of the legislation, said in a release after the vote. “There are no constitutional, historical, financial, or economic reasons why the more than 700,000 Washington, D.C. residents should not be granted statehood. I’m proud to cast my vote a second time to admit Washington, D.C. as the 51st state—with President Biden’s support, we have a unique opportunity to right this historic wrong and fully enfranchise D.C. residents.”

🚨🚨🚨 I just voted yes for #DCStatehoodNow!

There are no constitutional, historical, financial, or economic reasons why 700,000 Washington, D.C. residents should not have an equal voice in our democracy! pic.twitter.com/mlE0cwVVwH

D.C. Delegate Eleanor Holmes Norton (D) has been a leading force in obtaining statehood and said Wednesday this is the most confident she has felt about its passage in her 30 years in Congress.

The Biden Administration announced Tuesday they fully support D.C.'s push to become the 51st state of the United States.

Establishing the District of Columbia as a 51st state means full representation in Congress and the opportunity for residents of the city to have equal participation in the country's democracy, the Biden administration said.

In 2020, the House passed a similar statehood bill—which Pingree and Golden also supported—but the Senate declined to take up the legislation. The Senate version of the D.C. Statehood bill is likely going to need the support of every single Democrat unless a Republican were to cross the aisle and support it.

According to Politico, four Senate Democrats aren't yet on board, including Maine Independent Sen. Angus King.

"I'm not signed on yet. I'm still sort of pondering it. There are just other issues that I'm more engaged in at this point. I haven't really dug into it," he said.

It's unclear where Maine's other senator, Republican Susan Collins, stands on making D.C. the 51st state. Her office did not respond to NEWS CENTER Maine's request for comment.