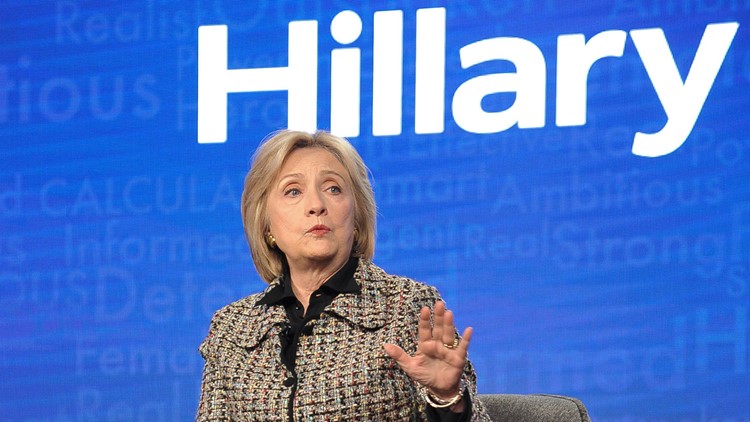 PASADENA, Calif. — Hillary Clinton has advice for Democratic voters faced with an unsettled field of presidential contenders: pick a winner.

Hillary Clinton made her comments during a question-and-answer session about a new Hulu documentary on her life and career on Friday in Pasadena, Calif., ahead of the film's debut at the Sundance Film Festival.

Clinton says the election will have what she called “profound impact” and all voters should act thoughtfully.

"I don’t mean to be overly simplistic, but please vote,” Clinton said. “It is almost a truism to say we can look at what’s happening politically in our country right now and be so frustrated and disgusted that it just turns you off. It wasn’t so long ago that we didn’t wake up to a president who made us worry in the morning."

The 2020 Democratic presidential race is getting tighter and tighter as the Iowa Caucus nears closer. The polls can't even provide a clear picture, and Iowa voters have 17 days to decide which candidate to get behind.

For Democratic voters, Clinton says what matters is finding a candidate who can prevail in both the popular vote and the electoral college tally.

Clinton won the popular vote in the 2016 race against Donald Trump, but Trump prevailed in the electoral college.