Collins blasts US CDC for 'confusing, conflicting guidance' on COVID-19

'I always considered the CDC to be the gold standard. I don't anymore,' Sen. Susan Collins said during a Senate Health Committee hearing Tuesday. 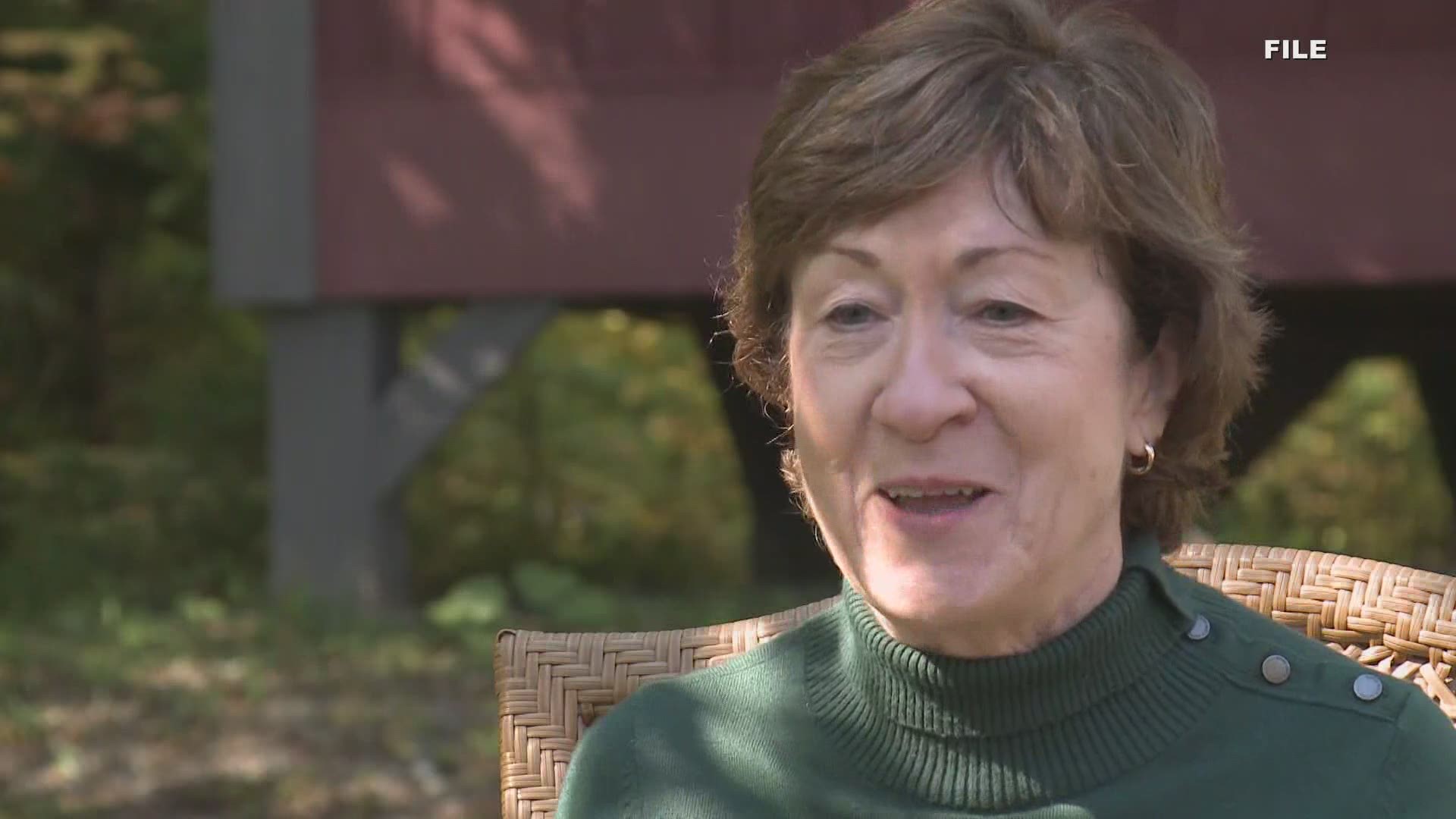 "Dr. Walensky, I used to have the utmost respect for the guidance from the CDC," Collins, who is a member of the committee, said. "I always considered the CDC to be the gold standard. I don't anymore."

Collins cited reports and studies that described the guidance for school reopenings, the number of COVID-19 transmissions happening outdoors, and summer camp protocols as "missing the mark."

Collins said the CDC rules need to catch up with science.

“So here we have unnecessary barriers to reopening schools, exaggerating the risks of outdoor transmission, and unworkable restrictions on summer camps,” Collins said. “Why does this matter? It matters because it undermines public confidence in your recommendations, in the recommendations that do make sense, in the recommendations that Americans should be following. I'd like you to respond to why the CDC is not following the standard procedures, why it is having offline secret negotiations with one stakeholder that was revealed only through reporting in a FOIA request, [and] why it is exaggerating outdoor transmission.”

In response to the critique on the rate of outdoor transmission, Walensky said the CDC’s guidance was based on a “meta-analysis” that reflected the results of more than 19 studies, which showed that the top line result was less than 10 percent.

Walensky responded to all three of the areas Collins talked about, offering a personal story when talking about the CDC's summer camp guidance.

"I have a 16-year-old. Every year when he comes home from camp he writes the number of days until he returns to camp the next year," Walesky responded. "This year I got to 0 and told him he wasn't going. I want our kids back in camp. Right now we average 38,000 new infections per day. Last year it was 24,000."

"We sent a lot of kids home and camps were closed," she added. "The guidance is designed to get our kids to camp and they stay there."

The last update on summer camp guidance came on April 24.

Independent Maine Sen. Angus King was meeting with the Senate Rules Committee all day Tuesday. A spokesman said he had not yet heard Collins’ remarks and so had no comment.

The CDC should be the gold standard for public health, but conflicting guidance has undermined public confidence. I called on the CDC Director to explain recent recommendations on school & summer camp reopenings & outdoor masks that contradict many scientific experts. pic.twitter.com/vvECZOKciA