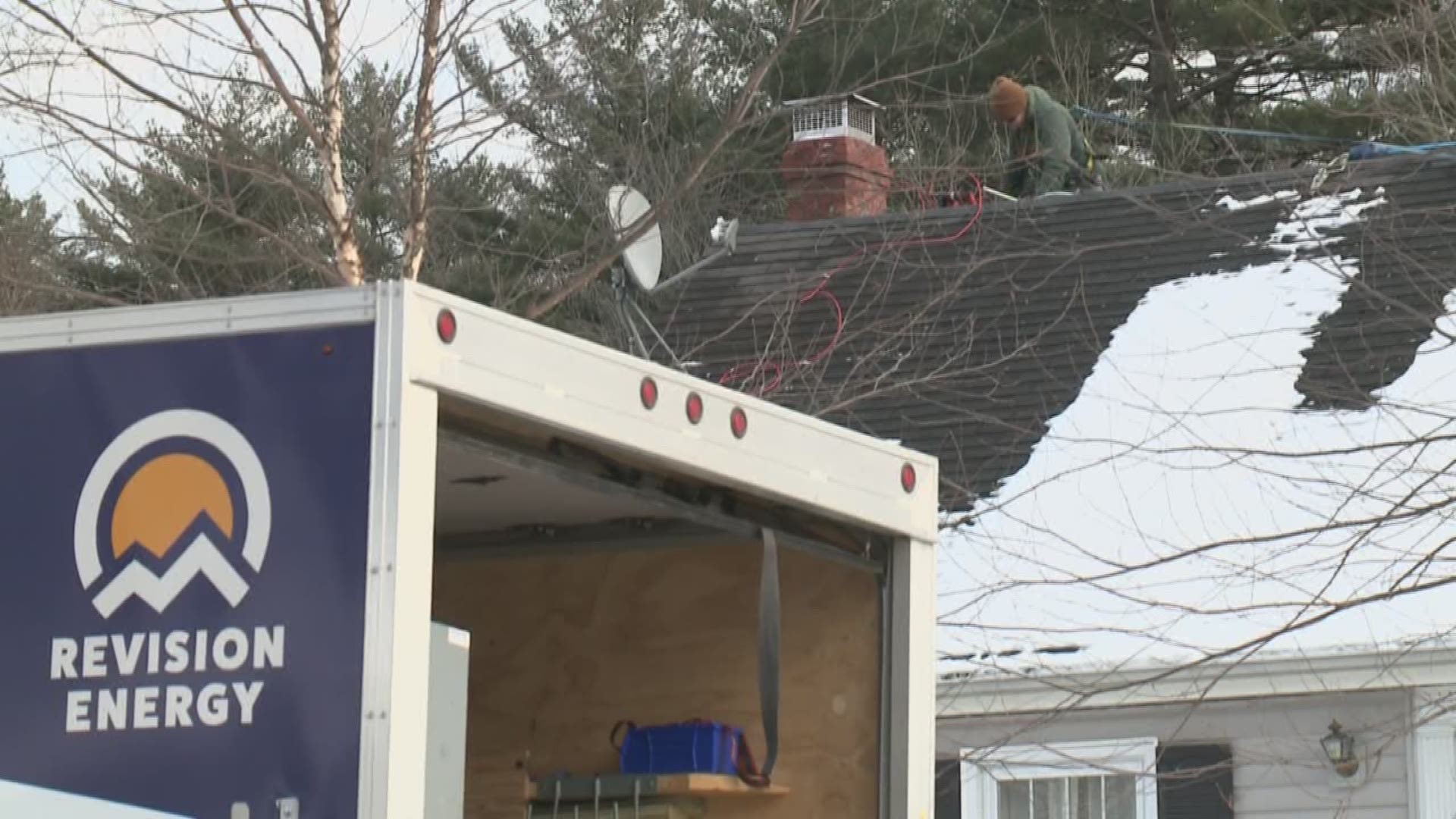 AUGUSTA, Maine — As Gov. Janet Mills starts work, she has made it clear that a top priority will be having Maine more involved in the fight against climate change.

In her Wednesday night inaugural address, Gov. Mills said it was time to stop the debate and take action.

That statement was the first major issue mentioned in the speech, and it came as welcome news to the state’s renewable energy businesses, including Revision Energy, a major installer of solar systems.

Company leaders say that LePage-era policy discouraged solar growth, but are hopeful Governor Mills will push for expansion of solar.

"Governor Mills understands this opportunity for Maine," said company co-founder Phil Coupe, "and she’s talking about getting the policy in place that will accelerate renewable energy and help us address what I call climate damage."

Environmental groups say essentially the same thing. Lisa Pohlmann of the Natural Resources Council of Maine says the new governor’s embrace of climate change can help Maine take leadership on the issue in the Northeast region.

"There are definitely opportunities for her to work with regional partners trying to address electric vehicles, transportation issues, that sort of thing," Pohlmann said. "We have walked away from that and  its time to walk back into them."

Solar energy businesses say they hope Mills begins by changing rules imposed last year by the Maine PUC on how much solar panel owners are paid for power they sell to the grid.