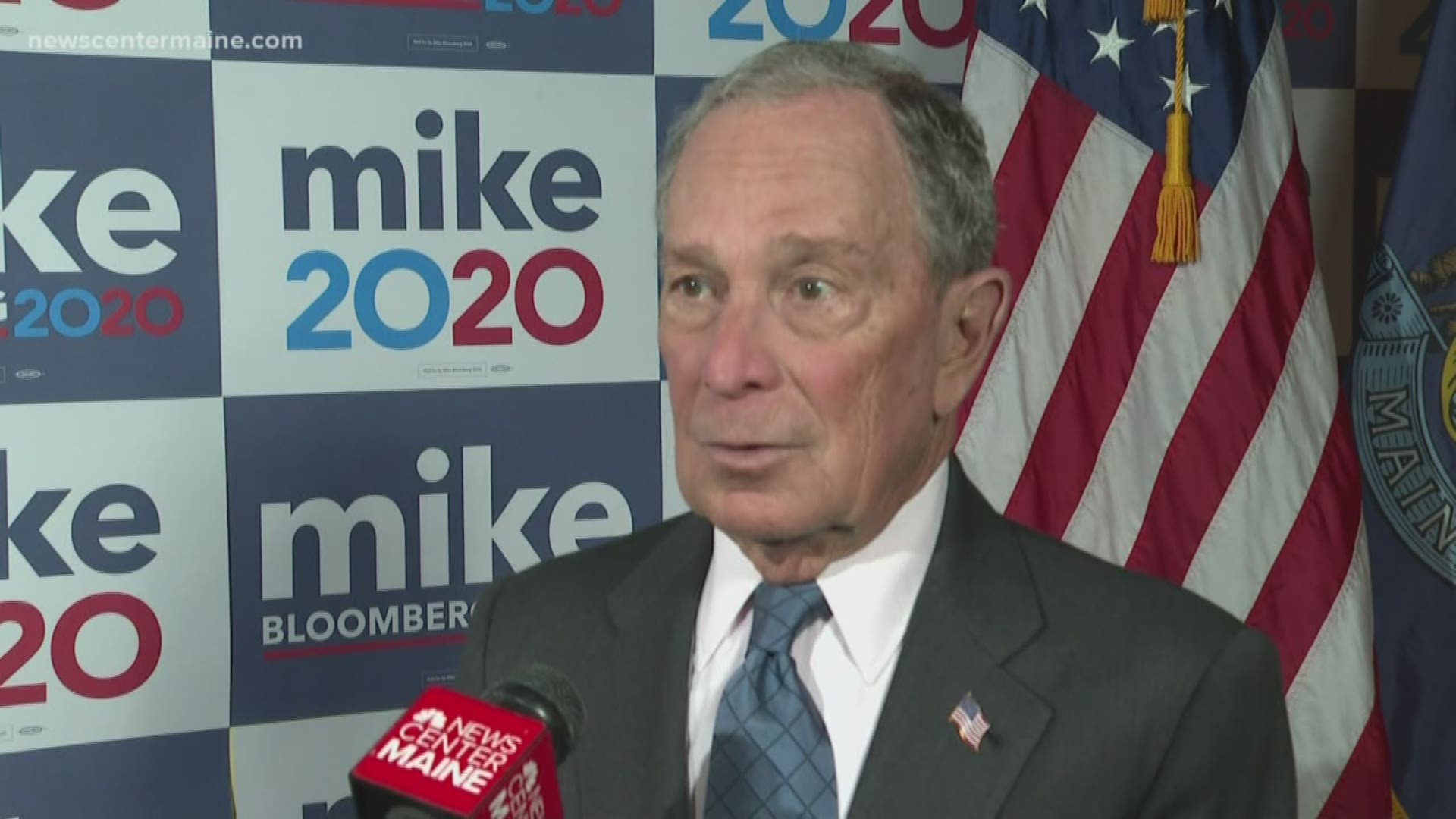 PORTLAND, Maine — Democratic presidential candidate Mike Bloomberg was in Maine on Monday to meet with local leaders and open the first Mike Bloomberg 2020 campaign office in the state.

Bloomberg was joined by former Congressman and former Assistant Secretary of Labor for Veterans' Employment and Training Mike Michaud.

This visit comes shortly after Congressman Michaud endorsed Bloomberg, saying, “With so many issues facing Maine and the country, from the climate crisis to opioid addiction, and ensuring our veterans have economic security. We can no longer afford to waste time with partisan bickering. We need someone who can lead from a set of shared values and bold ideas. It’s what Mike did as a businessman, as mayor of New York, and it’s what he’ll do as president.”

“Michael Bloomberg continues to try to buy his way into the presidency, but Mainers know that Bloomberg is an out-of-touch elite who will destroy the Maine economy and strip our Second Amendment rights. Mainers overwhelmingly rejected Bloomberg’s radical policies in 2016, and will do the same in 2020."

Maine voters head to the polls on Super Tuesday, March 3.