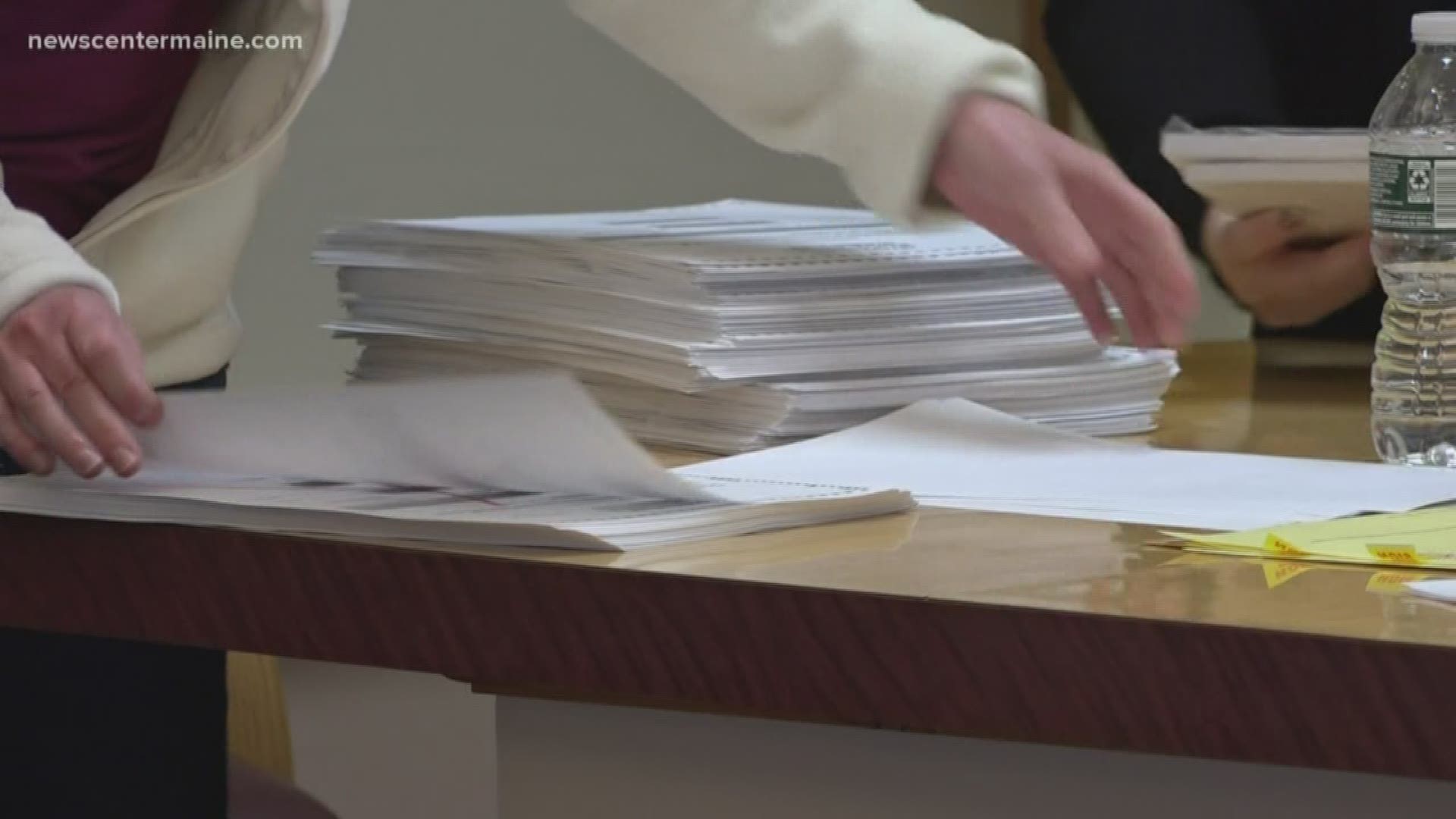 ELLSWORTH, Maine — It was the first recount in an Ellsworth City Council election since 2006. Marc Blanchette won the third seat by 20 votes after the polls closed Tuesday evening. Gene Lyons, who finished in fourth, called for a recount.

Each vote was recounted by hand Friday morning in City Chambers. More than 1,200 votes from the four city wards were looked at. After tallying the recount, Lyons was awarded two additional votes, still falling short of winning the seat.

Blanchette was unable to be in attendance during the recount. He is in New Hampshire meeting his first grandchild.

Blanchette and the other two city councilors, Michelle Kaplan, and Robert Miller, will be sworn in Wednesday evening.