Maine Sen. Collins is only Republican to vote against Barrett confirmation

Collins has said she believes it is 'too close' to the election, but will not say if she believes Barrett is qualified for the appointment. 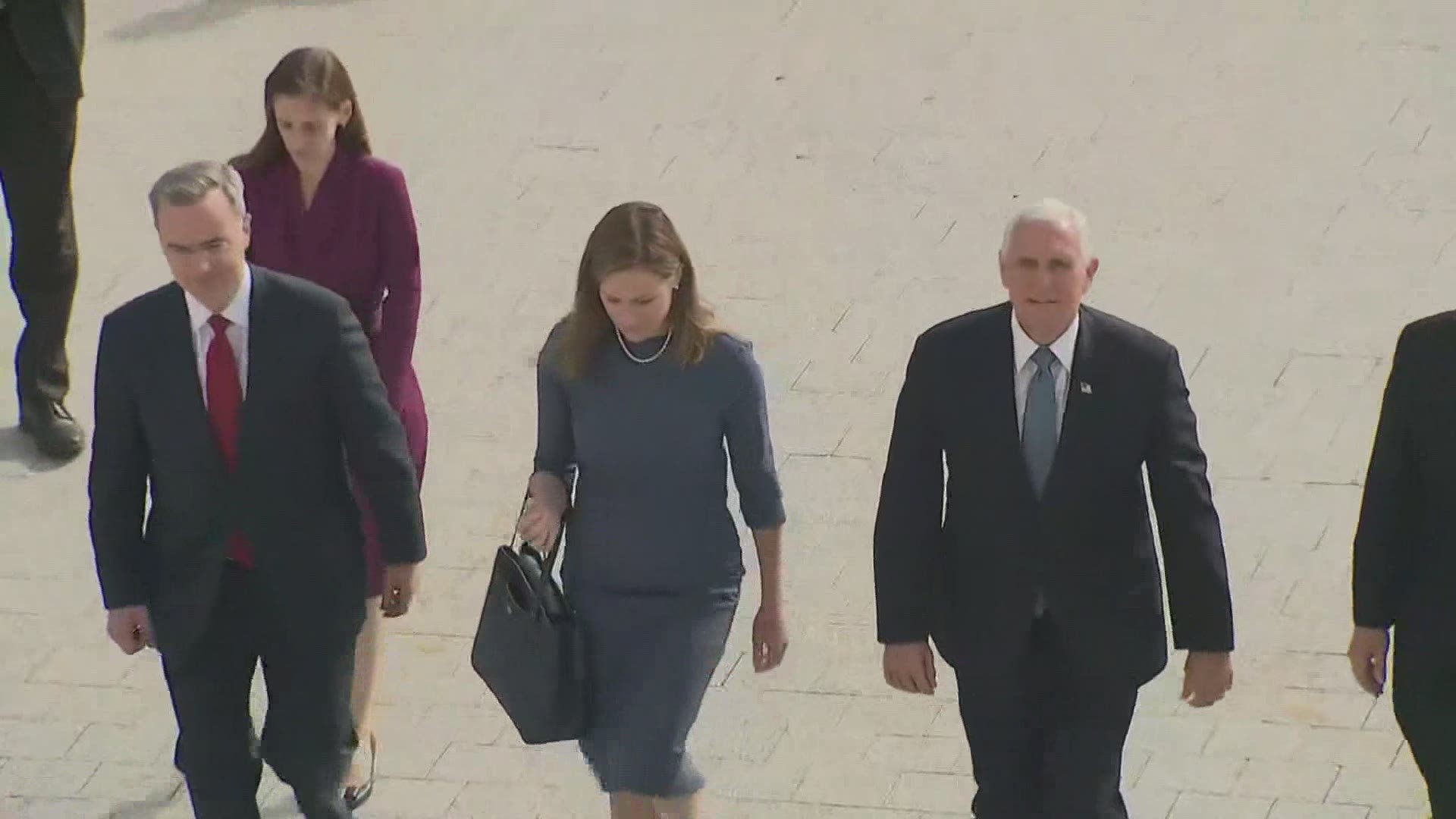 WASHINGTON D.C., DC — Sen. Susan Collins was the only Republican to vote against the confirmation of Amy Coney Barrett to the Supreme Court Monday night.

Collins said she believes the process is happening 'too close' to the election, but would not say whether she believed Barrett was qualified to fill the vacancy left by Ruth Bader Ginsberg.

“Prior to Justice Ruth Bader Ginsburg’s death, I stated that should a vacancy on the Supreme Court arise, the Senate should follow the precedent set four years ago and not vote on a nominee prior to the presidential election," Collins said.

While Collins did not give a speech on the Senate Floor as she did ahead of her controversial deciding vote to confirm Justice Brett Kavanaugh in 2018, she did submit a statement to the record.

“To be clear, my vote does not reflect any conclusion that I have reached about Judge Barrett’s qualifications to serve on the Supreme Court," Collins said in the statement. "What I have concentrated on is being fair and consistent, and I do not think it is fair nor consistent to have a Senate confirmation vote prior to the election.”

Collins' opponent, Democrat Sara Gideon, said she feels Collins' decision is 'politically calculated' given that Collins previously voted to confirm Barrett to her seat on the Seventh Circuit Court of Appeals in 2017.

"To be clear, she knows, and Mitch McConnell and Donald Trump know, that they don't need her vote on this confirmation," Gideon said at a campaign event in Bangor Monday.

.@SaraGideon says @SenatorCollins' no vote on #AmyConeyBarrett is a 'political calculation' given that republicans have the votes they need to confirm. #mepolitics #NEWSCENTERmaine pic.twitter.com/J41B2n4zFd

A spokesperson for the Collins campaign released the following statement in response:

"Speaker Sara Gideon made a craven political calculation 7 months ago when she shut down the legislature to focus on her campaign. Since then, instead of doing her current job as Maine's Speaker of the House, she's woken up every day telling herself that her most important job is defeating and replacing Susan Collins. The fact is, as New York Times Reporter Jonathan Martin recently said, Senator Collins had the exact same position prior to Ruth Bader Ginsburg's death -- she believed it was too close to election day to vote on a Supreme Court nomination, given the precedent sent four years ago."

Unlike Collins, Maine's Independent Sen. Angus King took to the Senate Floor late Sunday night to voice his opposition to the vote.

King, who caucuses with the Democrats, voiced his frustrations about the 'rushed' Republican-led process and Barrett's originalist views of The Constitution.

"In 2016, they wouldn't even consider Merrick Garland, President Obama's nominee for Justice Scalia's seat," King told NEWS CENTER Maine Monday. "They wouldn't even talk to him! There was no hearing, nothing for eight months before the election. We're now talking about confirming a judge with eight days until the election."

When asked about Collins' decision, King would not comment on whether he believed it to be 'calculated.'

He has chosen not to endorse either candidate, despite backing Collins in the past.

"I think she's taking the right position. It's a position I agree with, but it's not going to affect the outcome," King said.