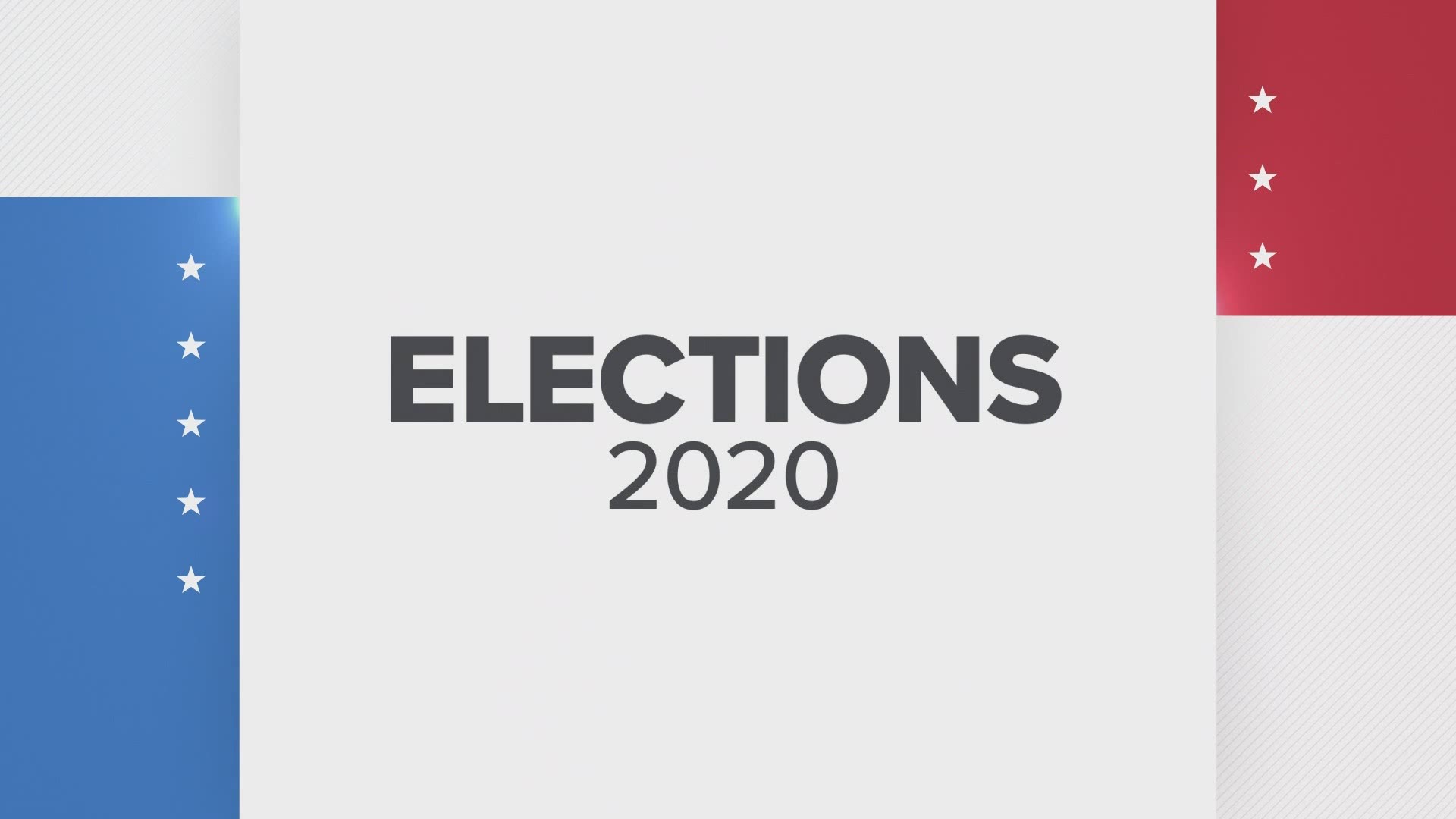 MAINE, USA — For the third time this election season, the four candidates running for U.S. Senate in Maine faced off in a debate on Thursday, Oct. 15 at 8 p.m.

The debate, hosted by Maine Public at the Augusta Civic Center, featured Republican incumbent Sen. Susan Collins and Democratic challenger Sara Gideon, who are entrenched in one of the most heated and watched races in the country. They shared the stage with Independents Lisa Savage and Max Linn.

Here are the candidates in order of their responses.

Collins: "I don't think it's fair to have a vote prior to the election. Now I do want to mention that my opponent, Sara Gideon, has an ad on tv that says that I supported 181 far-right judges. Well, I want everyone out there to know that 84% of those judges had bipartisan support."

Gideon: "We do have a judiciary that has been politicized. President Trump had a concerted and successful effort to move the judiciary to the right. He has done that with the help of Mitch Mcconnell and with the help of Susan Collins. Those 181 judicial nominees that she chose to confirm, some of them were rated unqualified by the American Bar Association and some of them came with distinct social and political agendas."

Savage: "Not address the very urgent needs of the American people to get through this pandemic and this economic downturn while trying to ram through a supreme court nomination here at the 11th hour of the first term of the current president I think is a very politicized process and not serving us well."

Linn: "What I didn't like is I feel that Judge Kavanaugh was qualified but there was so much controversy in that, it really divided the country. It was such an easy time to say no thank you as opposed to Amy Coney Barrett who I am the only one up here who supports that...I would have supported Obama's nomination."

Then there was discussion about stimulus. Here is how all four responded to a question revolving around COVID-19 relief and government response.

Savage: "I think about $2,000 a month would be reasonable. Certainly, it wouldn't meet most of our household expenses that are here at this debate tonight."

Linn: "We are the most influential state in America right now and a wasted vote for Sara or Susan, Maine gives that up. I would negotiate with whatever party is in office to get that 5,000 for every Maine family."

Gideon: "We're five months, more than five months after the last COVID relief legislation has come forward as states and municipalities struggled to keep services running and as individuals worry about whether they are going to stay in their homes you are deflecting on the job that's not being done."

The faceoff came on the same day a new, independent Maine poll released shows Gideon 7 points ahead of Collins, the biggest lead she’s had thus far in the race. The Collins campaign, however, says the poll “might as well be two years old” and they still consider it a “very tight race.”

While polling shows Savage and Linn aren’t in a position to win the race, ranked-choice voting will give them the opportunity to siphon votes away from the leading party’s candidates. Savage says using the ranked-choice method in the race is a “historic opportunity” for her campaign and will give Mainers “the freedom to vote their values, not their fears.”

RELATED: Biden up by 10, Gideon leads by 7 in new independent Maine poll

Linn, who made national headlines in the first Senatorial debate for his outbursts and arguments with moderators, is planning to focus on policy rather than antics at the debate, campaign manager Matt McDonald says.

At the second debate, Linn cut up face masks after being asked about how to improve coronavirus response.

"Symbolically, I want to cut these masks right in front of our viewers. I want to be the first senate candidate and the first senator in the United States to say I protest government telling us what we have to wear," Linn said while cutting masks.

McDonald says the campaign’s goal of the first two debates was to get Linn some attention—which they did. But now, he wants to show a softer side and focus on policy that will show why he’s what’s best for working families of Maine, though McDonald said Linn does have some things “cued up,” sans-props.

“[He] hopes to separate himself from earlier antics and tension,” McDonald told NEWS CENTER Maine ahead of the debate.

Savage told NEWS CENTER Maine she was “excited” for the debate Thursday night.

“I'm looking forward to discussing the issues that are most important to Mainers - health care, addressing the continuing effects of the pandemic, and making a good living in what are increasingly difficult times through innovative programs like a demilitarized Green New Deal,” Savage said. “I can only hope my opponents are similarly prepared to have the kind of substantive, meaningful discussion the people of Maine deserve. People are suffering. They've had enough with political theater, evasive answers, and negative campaigning."

The Collins and Gideon campaigns did not immediately respond for comment prior to the debate.