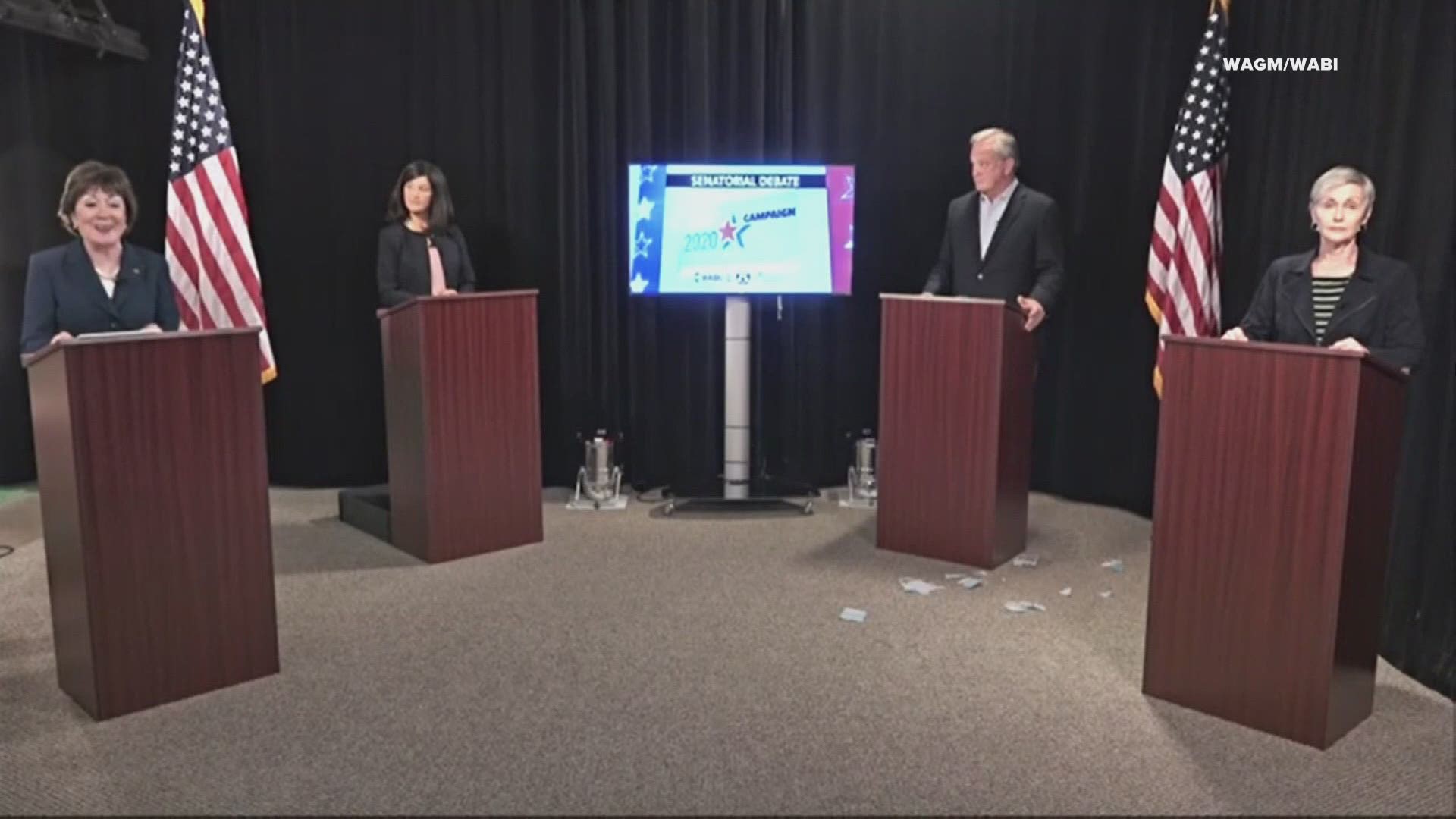 The coronavirus pandemic was a major talking point at Monday's event.

Candidate Max Linn's reaction to the question of how to improve the pandemic was one of the most memorable moments of the evening.

"Symbolically, I want to cut these masks right in front of our viewers. I want to be the first senate candidate and the first senator in the United States to say I protest government telling us what we have to wear," Linn said while cutting masks.

Face masks litter the floor at the WAGM/WABI #MESen debate after candidate Max Linn cut them up, live on the air. pic.twitter.com/kyHTb2BISY

Meanwhile, Gideon accused the four-term Collins of failing to use her seniority to show results for the people of Maine, especially when additional help is needed during the pandemic. Collins touted the Paycheck Protection Program that saved tens of thousands of jobs and noted that the Maine Legislature adjourned during the pandemic.

“We have seen Susan Collins come home once again from Washington without having passed any additional coronavirus relief,” Gideon said.

“Sara may have missed it but in fact, Congress has passed unanimously three coronavirus bills, including one that provided three trillion dollars,” Senator Collins responded.

Collins is facing the toughest campaign of her career as she seeks a fifth term in Washington. Democrats, meanwhile, view unseating Collins as key to retaking control of the Senate.

Independent candidate and former school teacher Lisa Savage gave her support for Medicare for all.

Another hot topic during the hour-long debate was future nominations for the supreme court.

“As the late Justice Ruth Bater Ginsburg said, nine is a good number…it would make the court a political organization which the framers of the constitution never intended if we were to expand the size."

"Her vacancy should not be filled until both a new president and a new senate are seated," Gideon said.

Both Lisa Savage and Sara Gideon cite climate change as the cause for Maine's current drought. While hotter summers and extremes are likely to become more common, the science suggests it's premature to blame this short-term drought on our changing climate. #MESen