King: Senators are ‘on the 5-yard line’ in getting infrastructure bill finalized 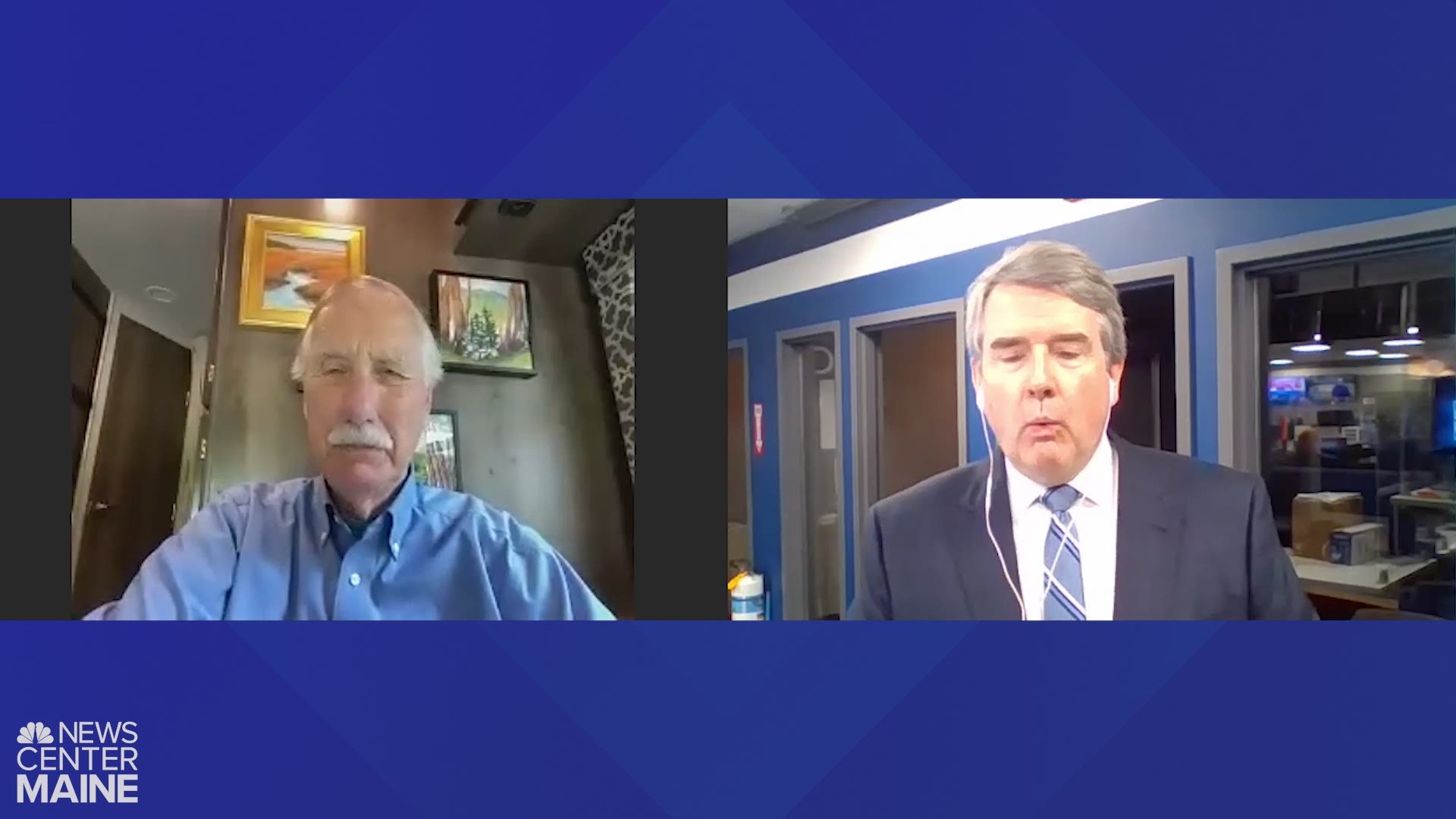 WASHINGTON, D.C., USA — Senators working on a bipartisan infrastructure bill hope to finish their work this weekend and have the bill on the floor next week. Independent Sen. Angus King is one of the senators involved in the talks, and as he puts it, they’re “on the five-yard line.”

Senate Majority Leader Chuck Schumer, D-N.Y., announced Thursday that he will force a key test vote next week, which will need at least 60 votes to advance the framework legislation.

“Everyone has been having productive conversations and it's important to keep the two-track process moving. All parties involved in the bipartisan infrastructure bill talks must now finalize their agreement so that the Senate can begin considering that legislation next week," Schumer said.

King agreed that everyone on both sides of the aisle is working in good faith, despite some GOP senators being vexed by Schumer's hardball strategy.

"We're still working very hard. We're making good progress, and he ought to respect that," Maine Republican Sen. Susan Collins said of Schumer, according to The Hill.

We’re moving forward with our plan to start voting on legislation in the Senate to help middle class families. https://t.co/dSwuPVKStR

But King said so far, there haven't been any complications caused by the more controversial proposal floated this week for another spending package that would likely get only Democratic support.

"I think the Republicans knew that was coming. So far I haven't seen any defections,” King said Friday during a Zoom interview.

King said they have a ways to go because they need to get 60 votes for the bill to pass.

“And there are 10 Republicans engaged in this process, there may well be Democrats who don't like what we're doing, so this is from the middle out.” He said they need 30 or 40 Democratic votes, and 25 or 30 Republican votes, “So it's not gonna be easy.”

But King said he’s “mildly optimistic” they can get it done.

"The good news is that the proposal we’re talking about focuses on unserved and underserved areas, and there are a lot of those in Maine. So, we should do well,” King said. “This is the key piece of infrastructure for seniors, for telehealth, for kids connecting to school, work from home, so it's a big deal. And we're really pushing hard to get that piece done."

King said it is possible the Senate will work through its August recess, but he believes that prospect will motivate senators to get the job done sooner.

Watch the full interview with King and NEWS CENTER Maine's Pat Callaghan below: