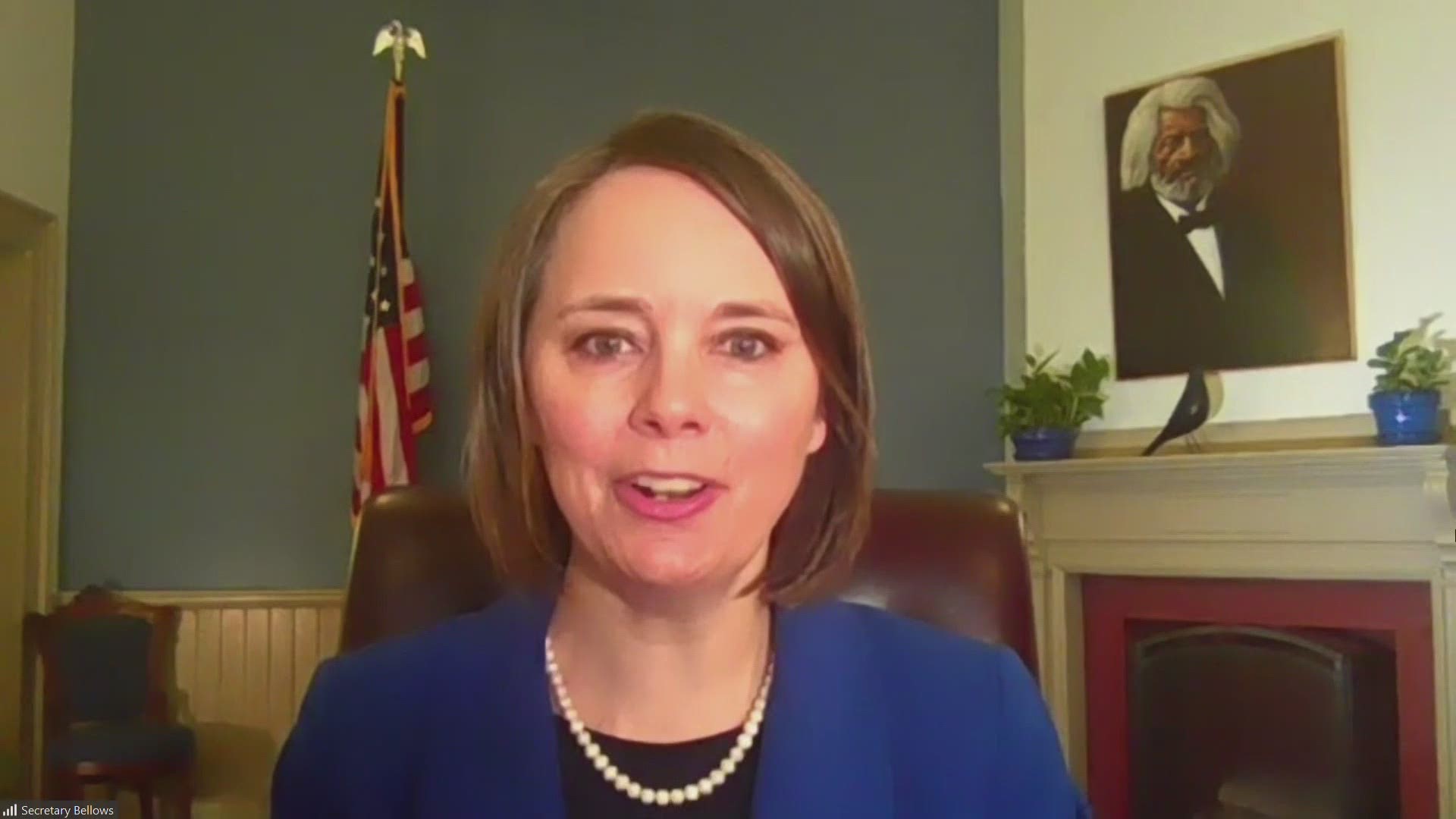 Bellows spoke virtually before the Committee on House Administration in support of the Democrat-led 'For the People Act' (HR 1), aimed at ending Citizens United to increase voting access among minorities and establish nationwide anti-corruption measures.

"They're nonpartisan. They're common sense," Bellows told NEWS CENTER Maine ahead of her testimony. "And they're just the right thing to expand voter participation in our democracy and ensure election integrity."

Bellows, a Democrat who replaced Matt Dunlap as Secretary of State in January, has been outspoken against recent efforts to undermine the electoral process in the U.S.

She and Maine Attorney General Aaron Frey joined amicus briefs urging the Supreme Court to uphold a robust test for applying Section 2 of the Voting Rights Act (VRA), which prohibits policies and practices that deny or abridge citizen's rights to vote based on their race.

This all comes just weeks after the riot on Capitol Hill in response to former President Donald Trump's false claims that the presidential election was somehow rigged against him.

HAPPENING SOON: @MESecOfState Shenna Bellows is set to testify before Congress in support of sweeping election reform under then #ForThePeopleAct. @NEWSCENTERmaine pic.twitter.com/fOacq7FQ7T

"I think there's a shared understanding that our democracy is fragile and we need to put together a vision for the future where everyone can participate," Bellows said.

Bellows pointed to a number of practices in Maine, including same-day voter registration and early absentee voting, that she said should be championed across the country.

Voter turnout in Maine is traditionally higher than the national average. More than 70 percent of registered Maine voters voted in the last election, according to Bellows.

"In Maine, we have a lot to share with the rest of the country," she said.

Bellows argued the proposal is nonpartisan and simply seeks to break down barriers that prevent people from voting.

"If HR1 is implemented and these standards and best practices are applied, that won't benefit one party or another, it will benefit the citizens of the United States," Bellows said.

Republicans say the 'For The People Act' goes too far and takes power out of the hands of states. The House is expected to vote on the bill as early as next week.