Maine professors call for President Trump to be removed from office

"His actions show he is unwilling or unable to fulfill his oath to protect and defend the Constitution," addresses part of the letter. 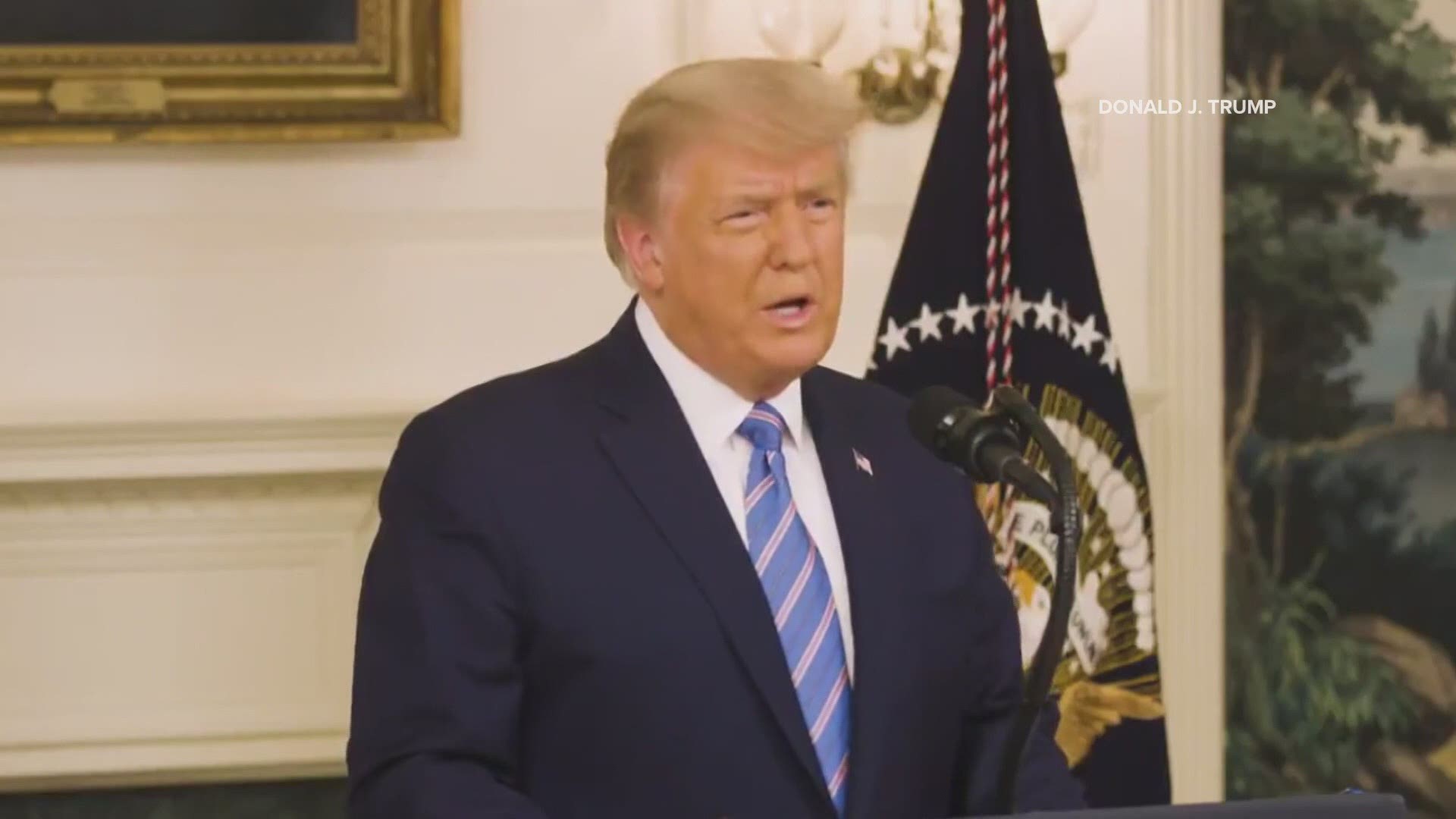 MAINE, USA — More than 2,000 political scientists and government professors from around the country are on board with calls for President Trump to be removed from office.

They have signed a letter addressed to Congress that already has 15 names from Maine on it.

The letter makes it clear where these professors stand.

It reads in part, quote:

"We, the undersigned political scientists, call on the U.S. Congress, Vice President Mike Pence, and the Cabinet to immediately remove President Donald J. Trump from office through the impeachment process or by invoking the 25th Amendment."

The letter from political scientists and government professors from around the country has 15 names from Maine on it, demanding the President be removed from office. #NEWSCENTERmaine https://t.co/2FzWffLkJq

So far, 15 Maine political science/government professors have signed the letter:

"There needs to be some accountability for these individuals and whether or not his term ends before he is able to be removed or not, Congress needs to act and make sure he is held accountable," Ryan LaRochelle, lecturer at the Cohen Institute of Leadership and Public Service at the University of Maine, said. "This was an unprecedented assault on our democratic institutions."

Amy Fried is a professor of Political Science at UMaine. "There is something that has been happening in the last few years that to me is very interesting, I've been going to political science conferences for several decades, I noticed in 2017 a real chance of tone," Fried said many political scientists noticed a few years ago that they needed to be cautious about with the Trump administration. "Sort of a distaste for democratic norms and a lot of it came from people who studied politics in countries other than the United States."

"To have a democracy, you have to have people who lose being willing to leave, and we see this in terms of our ordinary lives," adds Fried. "We want our children to be able to accept when they lose."

"The House can vote on articles of impeachment by Wednesday, it's one day that I've heard, as regards to a trial of the President in the Senate, that's less likely," Ron Schmidt, professor at the University of Southern Maine, said. "Democratic practices has to do with norms and with the things that people have to see as legitimate and illegitimate."

James Richter is a professor of politics at Bates College. "It reflects a concern about our democracy. I have seen democracies fail. I have seen the processes in which democracies fail, both in Poland and Hungary...both in which were thought to be pretty solid democracies 10 years ago and now are moving very quickly towards authoritarianism."

Richter said over the last four years he has seen the current administration taking the same steps, trying to discredit the media, trying to gut the civil service, trying to fix the judiciary so it supports whatever the government wanted. "As anybody who has studied Eastern Europe both historians and political scientists understood that democracy was threatened in the United States."

Richter said he signed the letter because he wanted to show the world that the institutions and democracies in the United States remain strong.

Some Republican commentators for NEWS CENTER Maine believe actions at the US Capitol last week will have a negative impact on the GOP.

"It's an embarrassment to Americans, especially people like me who respect the role of government but have a conservative political approach to how we govern ourselves," Phil Harriman, Republican political commentator for NEWS CENTER Maines 'Political Brew,' said.

Harriman said there is a section of Trump supporters who don't believe the election results, "There are a significant number of Americans who have questioned whether the election process was run with integrity."

Harriman also adds the President could have gone through the thorough process of impeachment if there was enough time to do so. "The timeline that we are working under is literally days...if this was a year or more...'sure, I think they should go through formal, thoughtful, thorough process of impeachment." But, Harriman said this s a painful moment in history, "it's time to put the campaign signs down, and time to roll up our sleeves look each other in the eye and remember that we are Mainers, we are Americans, and this is how our government works and we should do it in a collaborative fashion rather than a confrontational fashion.

Ray Richardson is a Trump supporter and says the election did not make sense to him, but he accepts the outcome.

"The people that stormed the capitol were domestic terrorists, make no mistake, it was the most disgraceful thing I've seen, it was a stain on our nation and frankly for the first time in 50 years I was ashamed of what other people around the world saw happening in our Country," says Richardson.

Richardson says President Trump should not be impeached by Congress.

"I am a big rally person, a big protest person, and it's part of the First Amendment. I thought the rally was great and the rally was robbed by those who decided to terrorize our nation's capitol," Richardson said. "This is a political stunt by people who are obsessed by Donald Trump, every breath he takes every move he makes...this is about hoping there is enough passion in the moment to convict him so that he would never be able to serve in office anymore."

By signing this letter, an estimated 2,000 college professors agree it's about setting an example and protecting a norm.

"There are a number of instances already where the US, the democratic system...is showing immense signs of stress," Larochelle said. "We know how dangerous the current situation we are in right now, I felt morally obligated to attach my name to that [the letter]."

"These are things that we see around the world when we see countries transition away from democracy," Kristin Vekasi, an associate political science professor at the University of Maine, said. "For example, in the Republican primary debates, Trump refused to say he would abide by the will of primary voters."