'We deserve control over the land we belong to': Maine tribal nations continue to seek sovereignty

On Wednesday, the Wabanaki Alliance held a press conference in support of two bills that would give tribes their sovereignty back 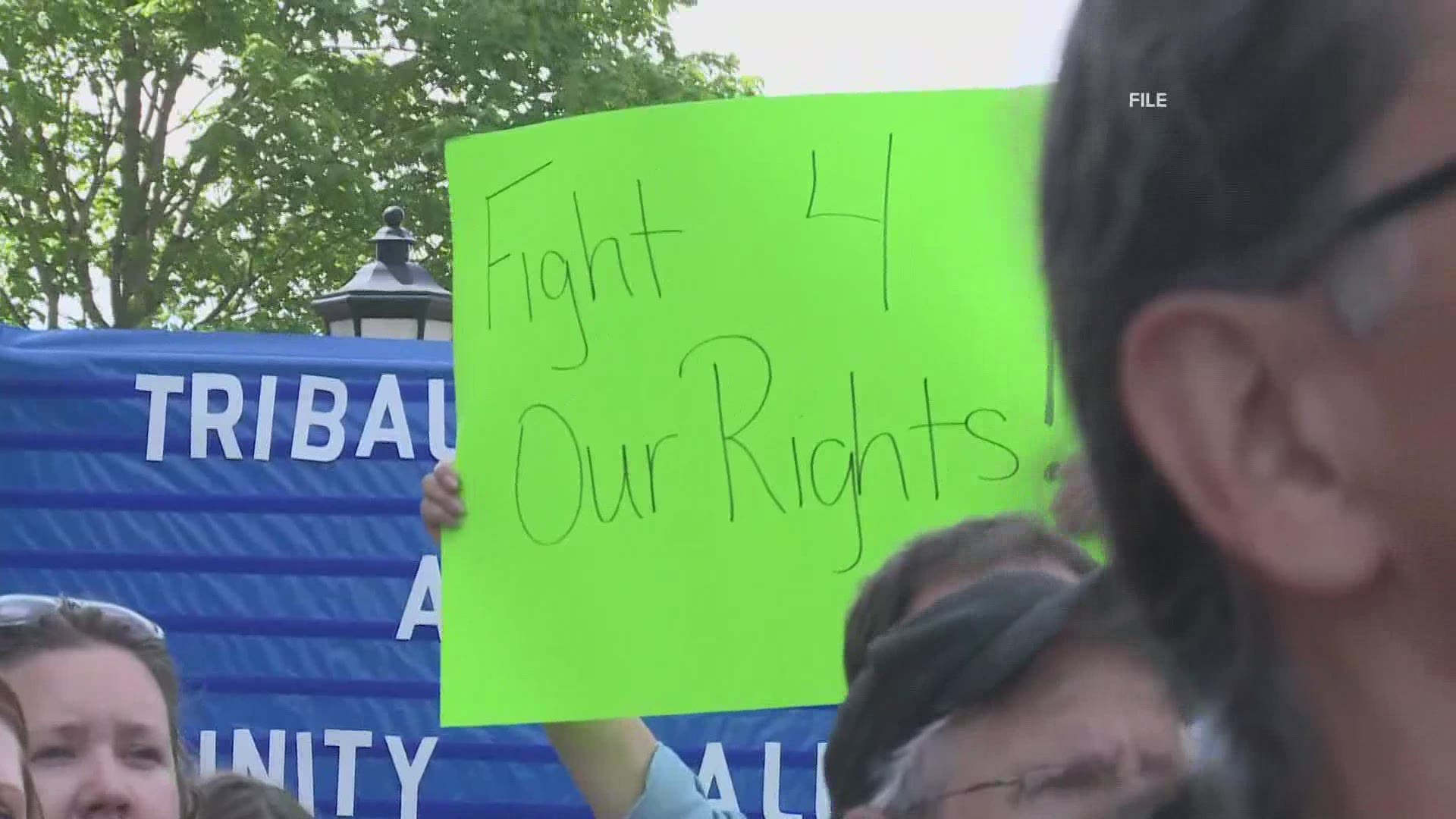 AUGUSTA, Maine — In a Wednesday morning press conference, Wabanaki leaders said over the last few years they have done a lot of positive work with state lawmakers but there is still work to be done. Most of that work requires overhauling the 1980 land claims settlement which blocked tribes from benefiting from any federal laws passed in the last 40 years.

Evangelos is sponsoring a bill that he said would give back Maine's tribes something the rest of us take for granted, the right to determine their own future.

"It means simply that the powers lawfully invested in an Indian tribe are those powers that predate new world discovery," he added.

Tribes say powers were taken from them when Europeans took their native lands beginning in the 1600s and were still not returned when President Jimmy Carter signed the Indian Land Claims Settlement more than 40 years ago.

Maine's tribes say since then, they have been prevented by both state and federal governments from doing things that would lift their people out of poverty and into prosperity.

They say 151 laws have been passed that tribes have not been able to take advantage of and six years ago, things came to a head when tribal representatives in the Legislature, who couldn't vote on bills, left the State House.

HAPPENING NOW: The Wabanaki Alliance is holding a press conference outside the Augusta Civic Center in support of LD 1626, a bill in support of tribal sovereignty.

A virtual rally is also being held on the Wabanaki Alliance’s Facebook page #NEWSCENTERmaine pic.twitter.com/cQdWwuuNRs

Dana said there has been a lot of good work done, but there's still more to do.

"I think America is having a real reckoning with race and it's uncomfortable at times," she said.

Bear added that she remembers the day Gov. Janet Mills signed the "Not Your Mascot" bill almost two years ago.

"I'm finally gonna go to high school in a state where there's no mockeries of my culture," she said.

Wabanaki leaders and state lawmakers say they will continue to put in the work.

The bills are expected to have their public hearings next week, which is the first step to getting a bill voted on and eventually signed into law.

"We're gonna fight as hard as we can next week," Evangelos said.

NEWS CENTER Maine reached out to state lawmakers supporting these bills, but they were unable to speak to us Wednesday afternoon.