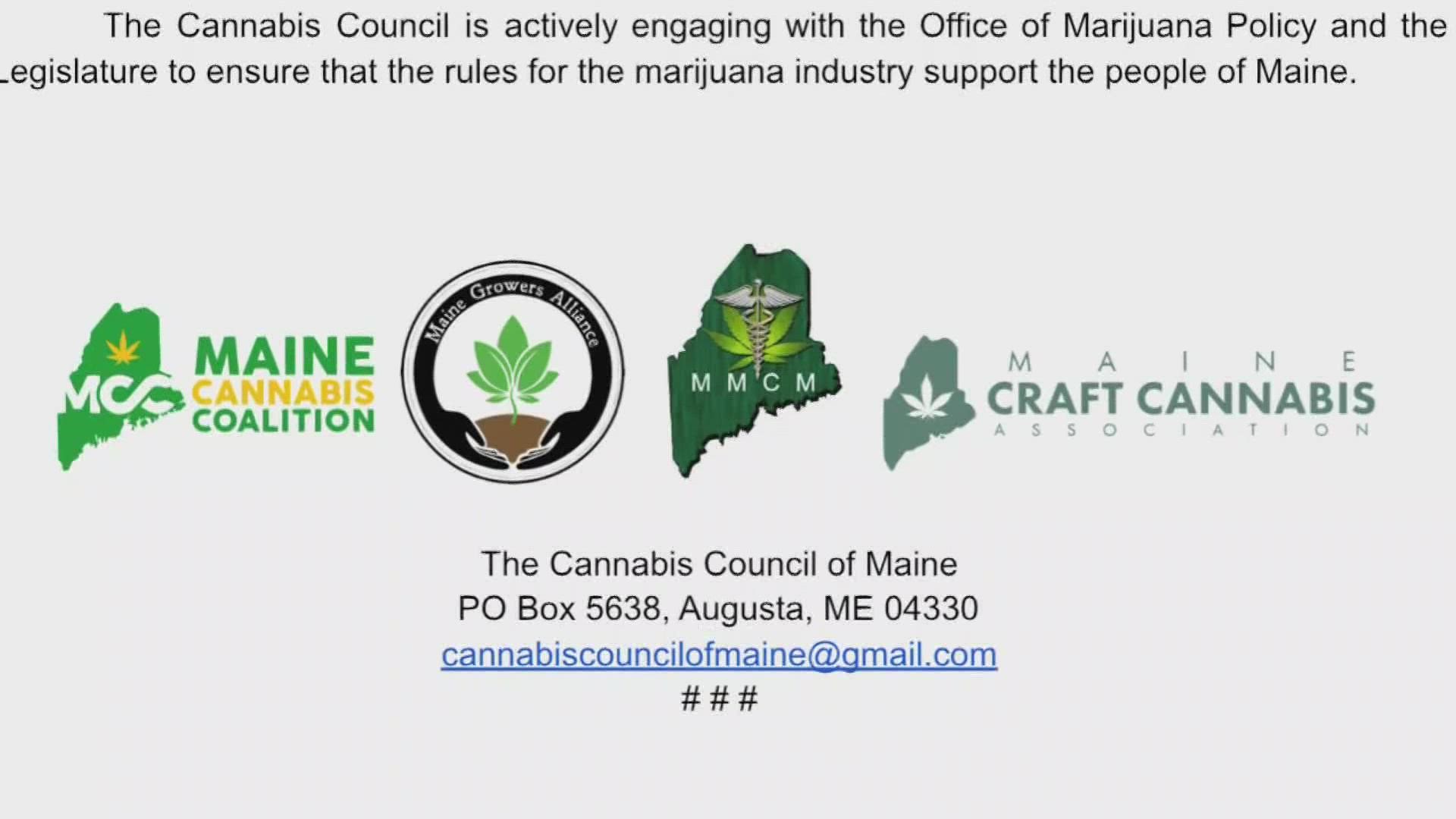 HALLOWELL, Maine — Groups representing thousands of medical caregivers and patients are now united under one organization in an effort have a louder voice when it comes to creating new rules in Augusta.

Council members informally lobbied for a bill, LD 1242, which halted rule changes proposed by the Office of Marijuana Policy. Approved by the Maine Legislature, the new law calls for upgraded security requirements and a track and trace system to align the medical program under state law.

"We need people who are active in the program that was the goal of LD 1242. Let's get the stakeholders involved in the rule-making process," Susan Meehan, a caregiver who treats sick patients including children, said.

The Office of Marijuana Policy is taking applications for people to serve on the working group. The deadline is Friday, September 3.

"We look forward to the opportunity presented by convening a group of well-qualified individuals in pursuit of a shared goal to both preserve patient access and support the regulated marketplace,” said Erik Gundersen, the director of Maine's Office of Marijuana Policy. “Our vision as a cannabis regulator has always been to develop a good-faith partnership with our stakeholders by establishing rules and policies that provide interested consumers with access to a regulated industry.”

"I really think our presence is viewed with more relevance than before in the past and they have to take us serious now," said Dawson Julia, a medical cannabis caregiver from Unity.

Considered a pioneer in the medical marijuana industry, Julia opened East Coast CBDs, one of the first cannabis storefronts in Maine. He helped lead the fight against the changes but was critically injured in a moped accident in April. Julia awoke from a coma in June, the day the law was unanimously passed by state lawmakers.

A GoFundMe account has raised more than $245,000 to help Julia with medical expenses as he undergoes extensive rehabilitation.

The Maine Cannabis Coalition is holding a fundraiser and job fair on Saturday from 4 p.m. to 8 p.m. at the Barn in Dresden to support a legal fund for Maine's cannabis industry.