The group is urging Congressman Jared Golden to support the Build Back Better spending package. 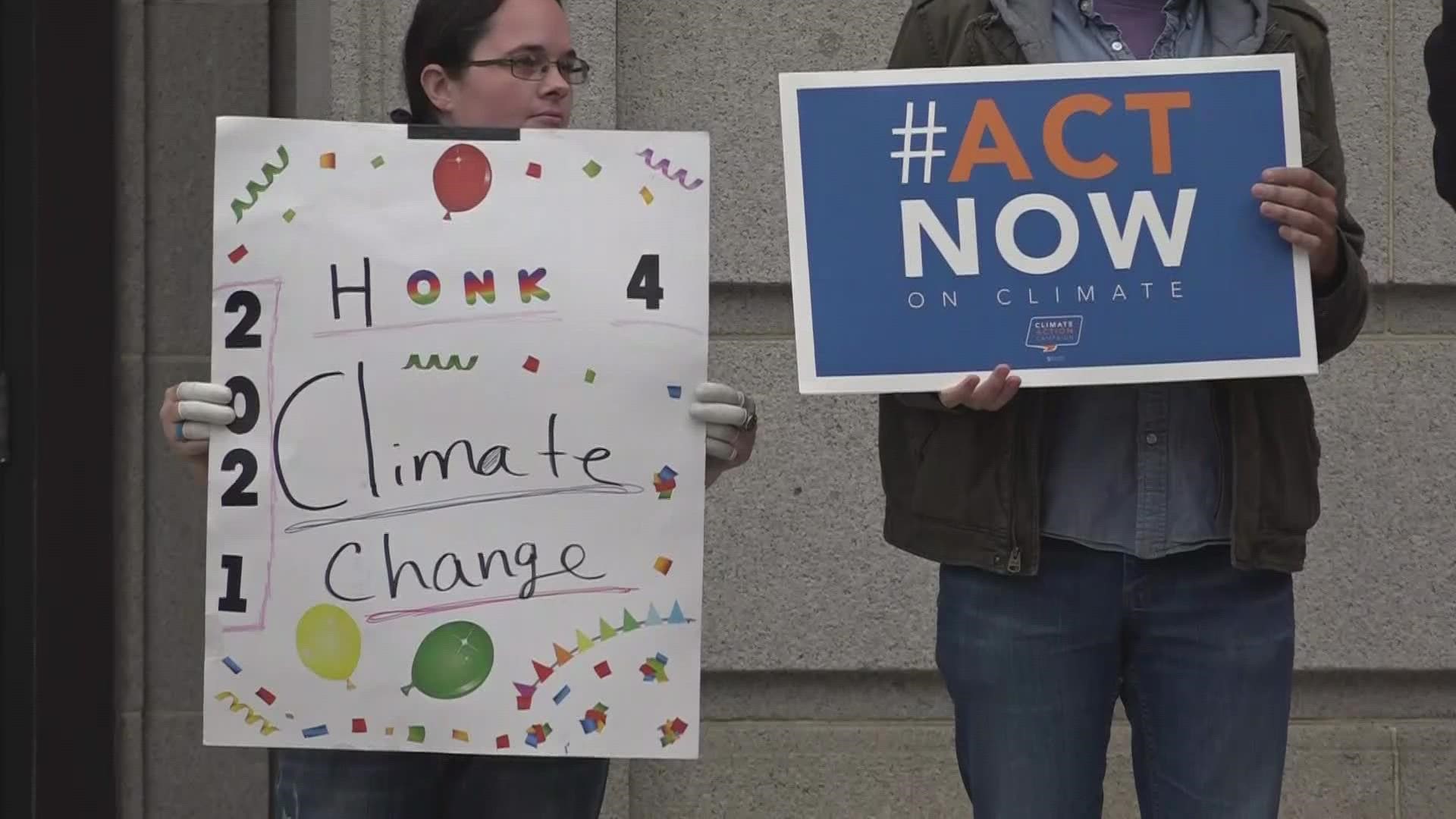 BANGOR, Maine — Students, activists, and advocates gathered in front of Congressman Jared Golden's office in Bangor Tuesday to make their voices heard. Their hope is to urge Congressman Golden to support critical issues as Congress continues to negotiate its Build Back Better spending package.

Some of those critical issues include our healthcare economy, clean energy infrastructure and green jobs to fight climate change, and citizenship for immigrant essential workers. Negina Lowe, a University of Maine student and Maine People's Alliance intern organized the event. She said the group wants Congressman Golden to express his support for the group called the three C's: care, climate, and citizenship.

"Climate change is happening. It's real and we need the funding to have sustainable energy jobs ... care, in-home care, paying our care workers so that they can stay in these fields ... and that pathway to citizenship has always been hard, it needs reform and that's what we're working on," Lowe said.

In response to today's rally, Congressman Golden released a statement:

"I appreciate hearing from all my constituents and political speech and the freedom to assemble are important to me. The details of this legislation are still being negotiated, and I’m openly sharing my views on ways to improve the legislation on the president’s agenda. At the end of the day, I believe it’s my responsibility to see what’s in the final bill before deciding how I’ll vote on it, and I think that when discussing millions, billions, and even trillions of taxpayer dollars that level of attention to detail is important.”

Students and activists also rallied in front of Senator Angus King's office in Portland today in support of this same cause.