Maine’s secretary of state is one of only three in the country elected by the Legislature. 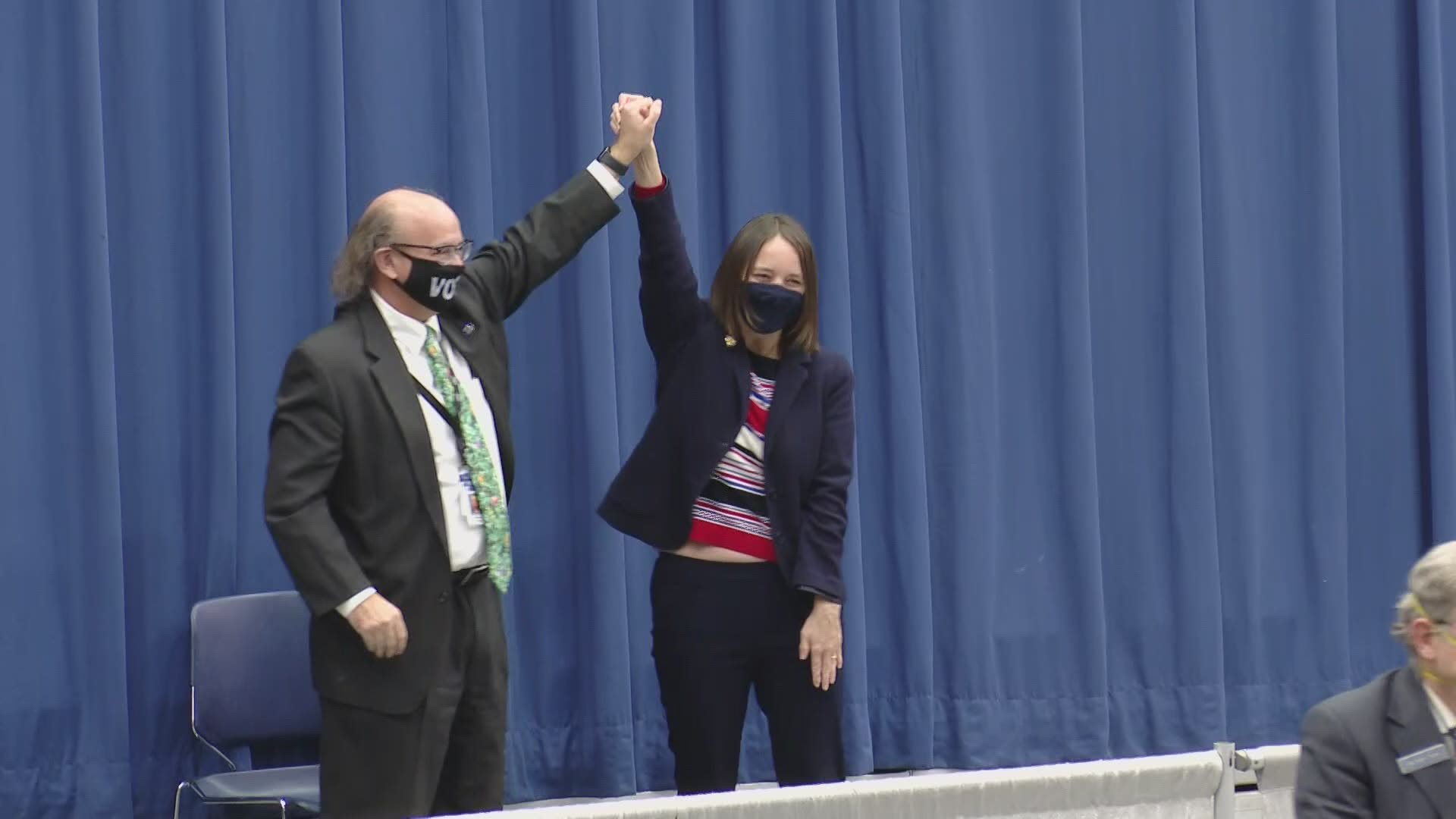 AUGUSTA, Maine — For the first time, Maine legislators have elected a woman to be Secretary of State.

Bellows just finished her second term in the state Senate, and before that was director of the Maine Civil Liberties Union, and then director of the agency called Learningworks.

She called the Secretary of State a “dream job” for many of the issues she cares most about, such as voting rights. Bellows said serving the public fairly is essential, and that despite her career as an adciocate will need to leave partisan politics at the door in the new position..

“I think it is so important that administration of elections elections be non-partisan, election integrity if the most important part of this job,” she said after the vote was announced. “At the same time, everyone interacts with the Bureau of Motor Vehicles, they need a license, an ID, or maybe need to register a vehicle. Those are the functions of the office people need to be efficient and fair.”

Congratulations, Secretary of State @shennabellows! Secretary Bellows will be the first woman to serve in this role, and will continue the hard work of overseeing our elections and ensuring that every eligible Mainer can make their voice heard. #mepolitics pic.twitter.com/x7zUlRH4ak

Maine’s secretary of state is one of only three in the country elected by the Legislature. The secretary manages a department of 435 people and is responsible for elections, driver licenses, motor vehicle registration and related laws, as well as corporate registration and the state archives.

Bellows said it was a great honor to be the first woman elected to the position, and said she hopes it can serve as an inspiration to both girls and boys that they can achieve big things if they’re committed to doing it.

Maine Democratic Party Chair Kathleen Marra said, “Maine has always been a leader in voter turnout and ensuring fair elections, and I’m confident that Shenna Bellows will continue to improve on that tradition as secretary of state. I wish her every success as she continues the hard work of overseeing our elections and ensuring that every eligible Mainer can make their voice heard."

“I also want to thank Matt Dunlap for safeguarding our elections under the most challenging of circumstances as secretary of state and congratulate him on his new role as Maine’s state auditor," Marra said.

Bellows won’t actually start the job until she is sworn in the first week of January. Before then, she will train with current Secretary Dunlap, whom she praised for doing “an outstanding job.”

A special election will need to be called to fill Bellows’ Senate seat in the Manchester-Winthrop-Hallowell area.

Bellows' election wasn't the only historic appointment Wednesday in Augusta. Democratic Rep. Ryan Fecteau, 28, was officially elected as Maine Speaker of the House, replacing Sara Gideon, becoming the youngest Speaker in the country. He is also the first openly gay speaker in Maine Legislature.