GOP wants to know what lawmakers will be working on before they agree to reconvene. They refused to respond to the poll others voted on. Instead, they did their own. 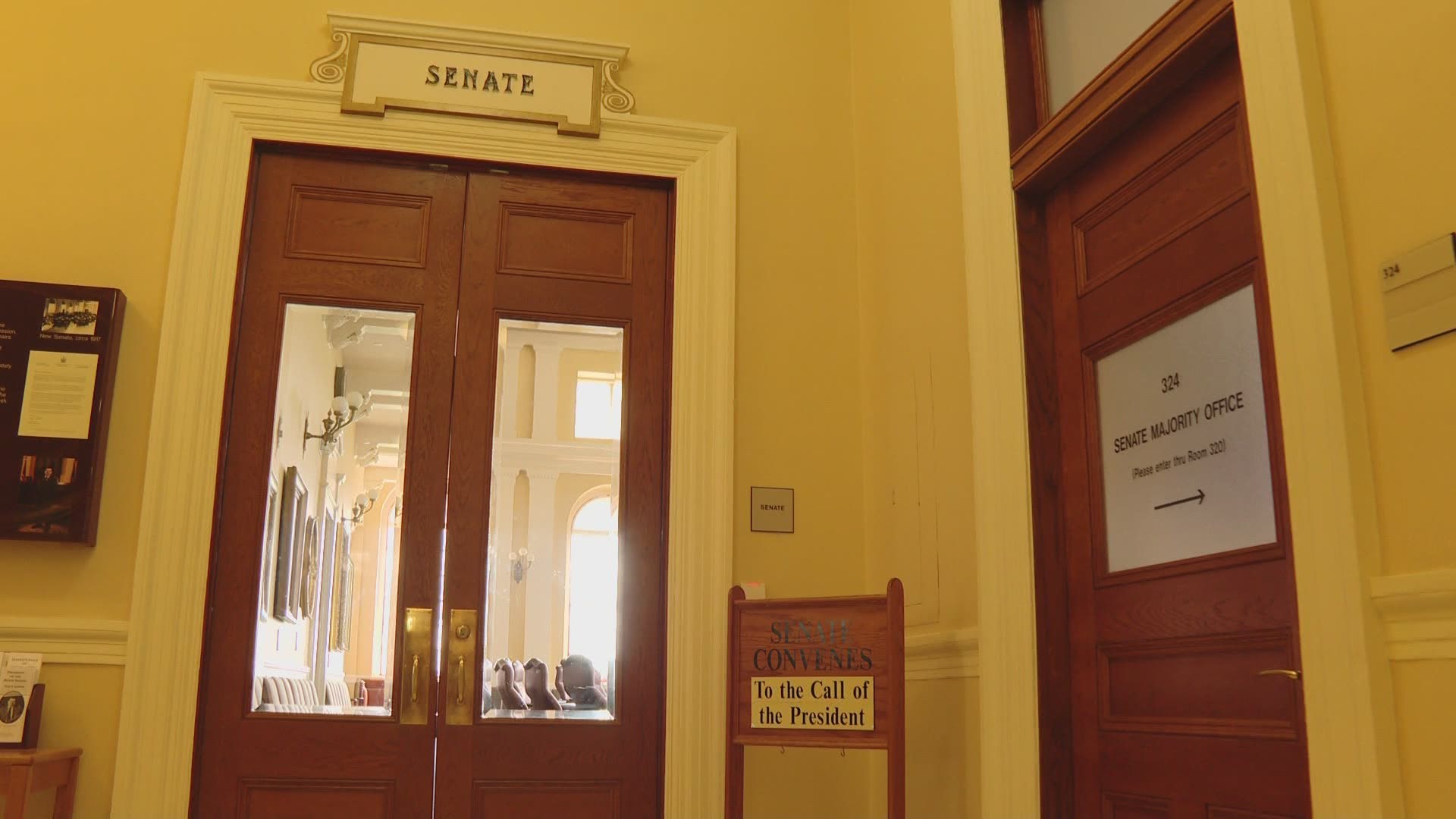 AUGUSTA, Maine — On Thursday, a proposal from Senate President Troy Jackson and House Speaker Sara Gideon to reconvene the 129th Maine Legislature for a special session in August was denied by Maine Republican lawmakers after they refused to participate in the poll.

Democrats say Republicans refused to answer the survey about coming back to work in August. Republicans say they did their own survey instead.

The parties have been arguing about coming back in to session for two months or more.

When the Legislature adjourned and went home in mid-March because of coronavirus, they left more than 400 bills unfinished. Democratic leaders want to come back and finish off some of those bills, including proposals on health care, drugs and other issues, but Republicans say they only want a short, quick session that deals with emergency issues and let the rest wait until next year.

On Tuesday, Jackson and Gideon instructed officers of each chamber to send out a poll to members of the legislature to ask whether they favor reconvening. Lawmakers had 48 hours to respond.

All 109 Democrats, six Independents, and one tribal member voted in favor of reconvening. However, only one Republican voted yes, two voted no, and 67 did not respond.

In a press release Wednesday night, Maine House and Senate Republicans said they "do not support an open-ended session that fails to focus on amending Governor Janet Mills' (D) emergency powers and addressing coronavirus related legislation."

They added that, due to the declaration of civil emergency still in place in the state, they "have an obligation to act accordingly and in the same way that Maine citizens have been forced to comply with restrictions."

“Conducting a lengthy special session without the presence of the public and their advocates," Senate Republican Leader Dana Dow said, “would unnecessarily exclude Maine citizens from a fundamentally democratic process. The more work we take on in such a special session, the more business would be conducted without appropriate public input and participation.”

.@SenTroyJackson and I announced the vote totals this morning. After months of calling for the Legislature to reconvene,
House and Senate Republicans failed to weigh in when it mattered and did not participate in the poll. Results here: https://t.co/KQVDOIVGnG #mepolitics https://t.co/zUQ9jCuKGY

Democratic leaders say Republicans have been calling to reconvene the legislature for months and say it's difficult to take them seriously after they chose not to participate in the poll.

“For months, Republican lawmakers have vocally called for the legislature to reconvene in public statements, letters and press conferences," Jackson said. "However, it turns out that this was all talk. When it came time to actually decide whether to go back into session or not, Republicans refused to even weigh in. When speaking up could have actually made a difference, they remained silent."

Gideon said the potential legislative session will address some of the top priorities that address the needs of Mainers as the state works to bolster economic recovery from the COVID-19 pandemic.

“This will include public school readiness, help with housing and nutrition needs, aid to small businesses and the tourism economy, adequate childcare, access to rural healthcare, utilizing federal funding, and more,” Gideon said.

RELATED: Experts search for answers about future of Maine economy

RELATED: Lawmakers told current budget OK, but next year will have problems