While many support the bill, some business owners are pushing back, saying that the costs will ultimately end up affecting consumers negatively. 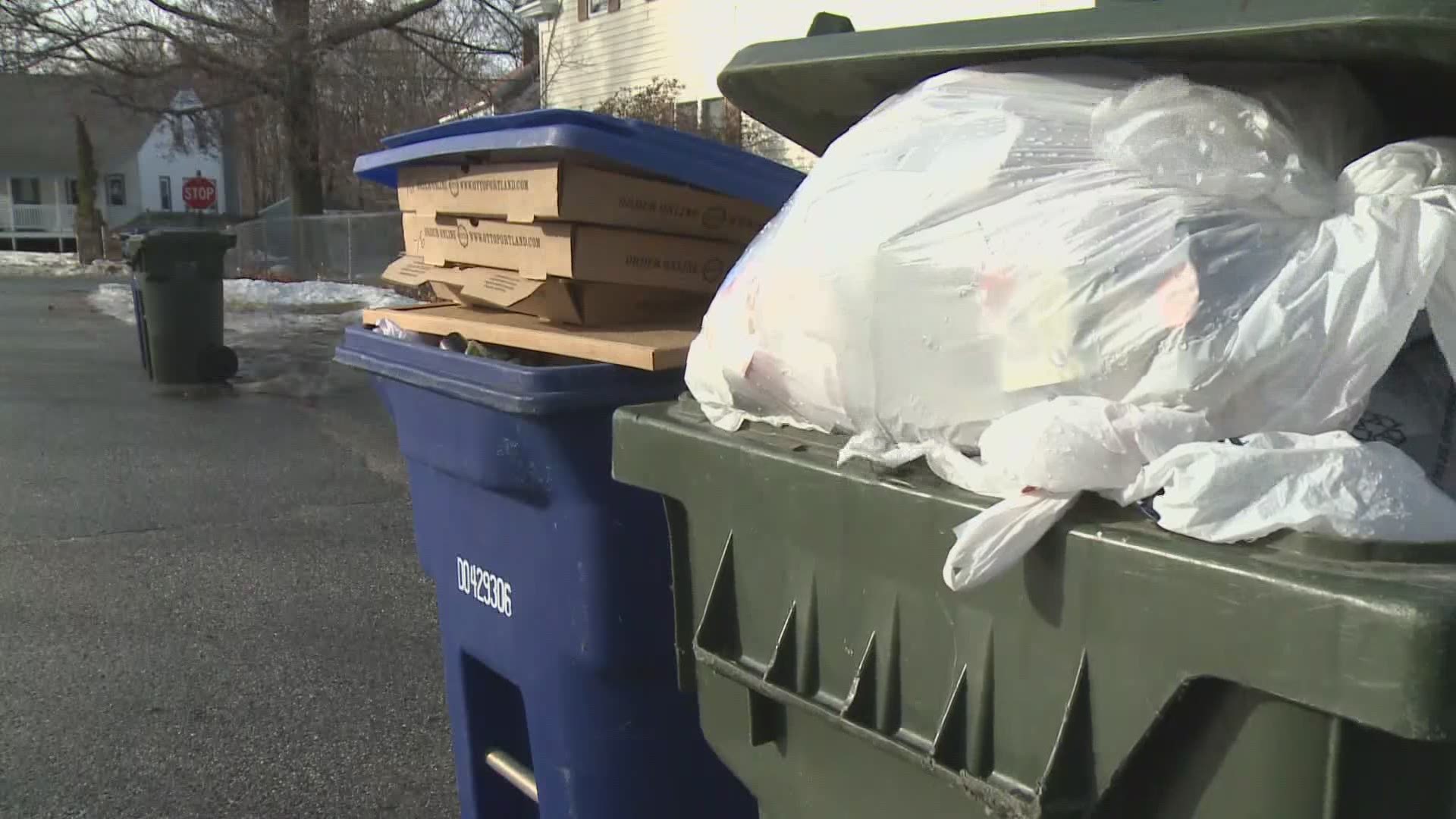 AUGUSTA, Maine — With a week to go until the self-imposed deadline to end the Maine Legislative session, business groups headed to the State House on Tuesday, hoping to pressure lawmakers to block a new recycling law they claim will cost consumers a lot of money.

The bill would create "Enhanced Product Responsibility” (EPR) for many products sold in packages. It would shift the cost of recycling from towns and cities to the Maine Department of Environmental Protection, by imposing fees on product manufacturers for the cost of recycling their packaging. Supporters say the system is used in five provinces in Canada and in Europe, that it has encouraged more recycling and not increased costs to consumers.

The bill’s sponsor, Rep. Nicole Grohoski (D-Ellsworth), said supporters are confident it would have the same effect in Maine, and more communities would be able to start recycling programs.

“We know they want to offer recycling but don’t have the money to do it, so this would create a revenue stream to create proper recycling programs for everyone in Maine.”

The business groups, including the Maine Grocer’s Association, the Retail Association of Maine, and the Maine State Chamber of Commerce argue the bill to create EPR for Maine would drive up prices for consumers and force many businesses to bear the burden of monitoring tens or hundreds of thousands of products to trackability to be recycled.

"I’m very concerned that LD is a major new tax that will ultimately be passed on to consumers,” said Fox Keim, vice president of Kittery Trading Post

“This is a very complex public policy change that will lead to higher costs for consumers and put the burden of doing this all Maine retailers.

Supporters say the claim Maine retailers be burdened by having to track product recyclability isn’t warranted because they say the Maine DEP will handle that work, and deal with manufacturers to assess the fees they must pay.

Rep. Grohoski said smaller manufacturers, those with sales under $2 million, will be exempt from the requirement.

The business groups also argue that with Maine businesses and the economy recovering from the recession, now is not the time to impose the new requirement.

Grohoski said she believes there is considerable support for the bill among Democrats in the Legislature and among the general public.

The retailers insist those same people will be financially hurt if the proposal becomes law.