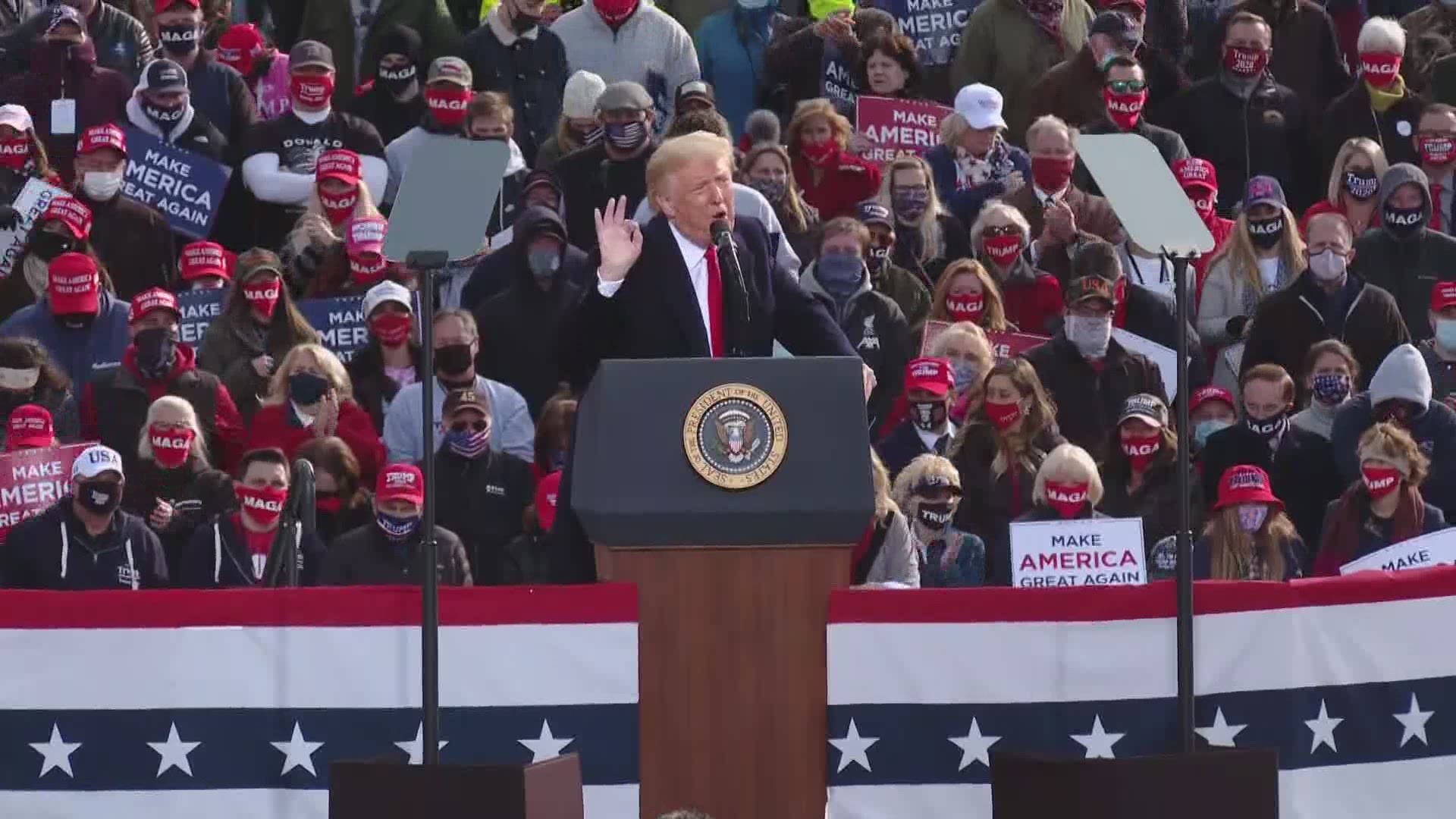 President Donald Trump started his day with a rally at Manchester-Boston Regional Airport in Londonderry.

During his visit, President Trump touted the economy, equality, and law and order.

Thousands entered the airport and lined the roads to get a chance to see President Trump and hear him speak.

Jason Wallace of Manchester, New Hampshire was one of the thousands.

"I think that the nation as a whole is coming together on our side as patriots," said Wallace. "I've never seen this much patriotism in my life."

"This is the first rally I've ever been to, and it's because he's here," Phillips told NEWS CENTER Maine, adding that she was formerly a registered Democrat but voted for Trump in 2016 and has been impressed with his job performance.

When the president took the stage, he went right after his opponent, former Vice President Joe Biden.

"I can't put myself in a basement for the next year and a half," Trump expressed to the crowd, talking about his experience fighting COVID-19 earlier this month.

During his nearly 90-minute speech, President Trump touched on key issues in the Granite State, like the cost of energy, opioid addiction, and middle-class tax cuts.

"A vote for Republicans is a vote for safe communities, great jobs, and a limitless future for all Americans," said President Trump.

“Nine days from now, we’re going to win this thing”, @POTUS tells the crowd, calling this election the most important ever. The crowd is chanting, “We love you.” #NEWSCENTERMaine pic.twitter.com/kdHQqNReLV

"He's done nothing but prove that he's the man for the job," said Phillips.

President Trump concluded his remarks in New Hampshire and then flew directly to Bangor International Airport, where he then visited an apple orchard in Levant.