People's First Portland held a press conference on Saturday morning to urge voters in Portland to vote yes on referendum questions A, B, C, D, and E. 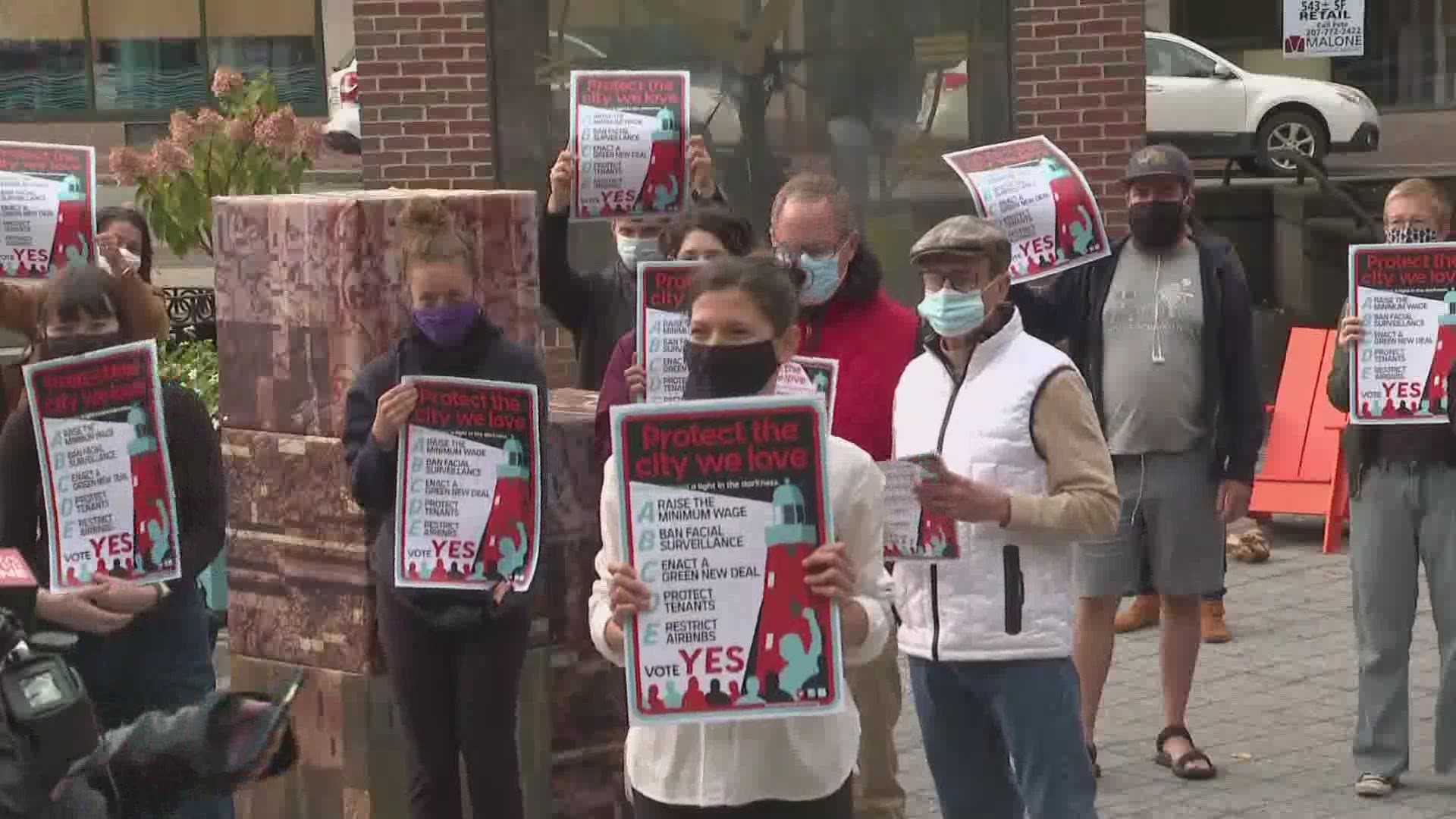 PORTLAND, Maine — For people who live in Portland, there are six referendum questions on the ballot on November 3.

Question A is an act to increase minimum wage in Portland to $15 an hour.

Question B is an act to ban facial surveillance.

Question C is an act to implement a green new deal.

Question D is an act to protect tenants by capping annual rent increases.

Question E is an act to restrict short term rentals, like Airbnb's.

Question F is an act to modify marijuana businesses.

People First Portland is holding a press conference in Congress Square Park and on Zoom this morning. They are encouraging voters to vote “yes” on referendum question A, B, C, D, and E on the ballot in Portland #NEWSCENTERmaine pic.twitter.com/KZSM6VVz88

Saturday morning the group held a press conference both in Congress Square Park and on Zoom to discuss why they believe these referendum questions should pass.

Speakers discussed problems with wages as well as how challenging it's been for people to make ends meet during the pandemic.

"Portland's motto life is good here does not apply to low wage workers," Dana Colihan said, "But the city has a chance to take important steps to changing that. Passing universal, enforceable living wage in Portland will set a precedent in the state."

These questions are on this year's ballot of people who live in Portland only.