The project will let the shipyard handle much larger submarines and overhaul two at once. 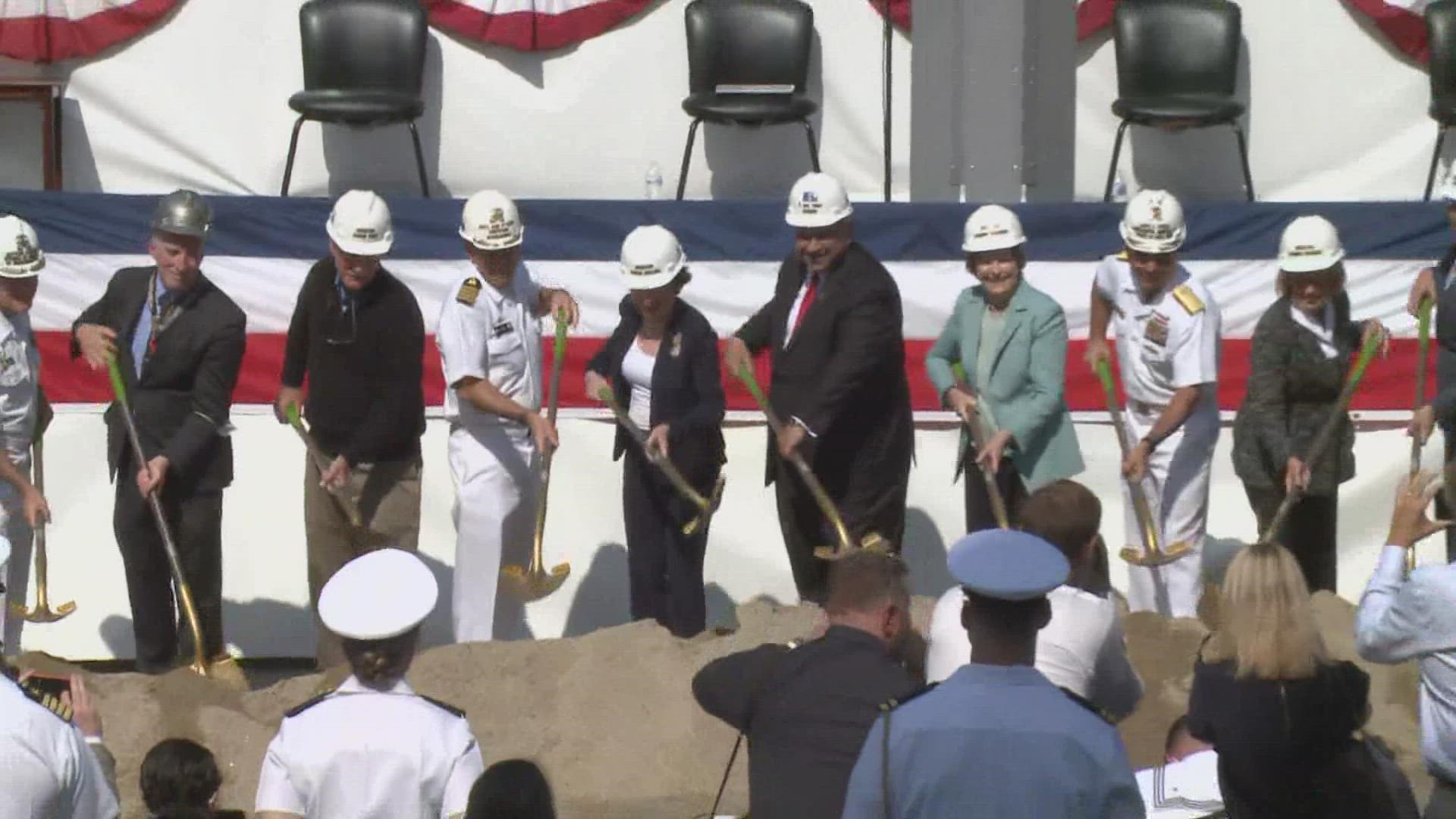 KITTERY, Maine — After several past fights to prevent the closing of the Portsmouth Naval Shipyard, people in the Kittery/Portsmouth area, and those who work at the yard, may finally have the reassurance they’ve waited for.

On Wednesday, the Secretary of the Navy joined U.S. Senators and Members of Congress from Maine and New Hampshire to break ground for a massive addition to the facility. Construction will begin on a new drydock for overhauling submarines, a project projected to cost well over a billion dollars.

Senators said it is the most expensive naval construction project ever in the U.S.

Navy Secretary Carlos Del Toro said the size and scope of the project are important for the country.

“As the largest mil/con (military construction) project in history, this is a significant investment by the American people. Because of this investment they can sleep more securely, they will know that our nuclear attack feet can rely on quick maintenance and repair. Our boats won’t have to wait on the tides for drydock.”

Senators Susan Collins of Maine and Jeanne Shaheen of New Hampshire both underscored the importance of the expansion for the shipyard itself, and for the people in the two states, where the yard is a major, good-paying employer.

“This absolutely secures the future of the Portsmouth Naval shipyard,” Collins said later to reporters.

“I cannot imagine that anyone, any future BRAC (Base Closure Commission), anyone would propose to shut down the shipyard once the investment is made.”

Collins said the lawmakers have already secured more than $600 million in funding for this year and next, and that over the coming years the total project would cost upwards of $2 billion. Once completed, the new drydock will allow the shipyard to service and overhaul the Navy’s largest submarines, something it cannot do now. It will also enable work on two subs at the same time.

During the one-day trip to Maine, Navy Secretary Del Toro also visited Bath Iron Works, where Senators Collins and King said he should be familiar with the work done there and the ships they build. BIW makes DDG-51 destroyers for the Navy—and Del Toro was captain of one of those same model destroyers when he was on active duty in the Navy. He and the Senators said the submarines and destroyers are essential to counter growing threats on the world’s oceans. From Russia and China, as well as other groups.