'Our results were secure': Maine's Secretary of State reinforces our election security 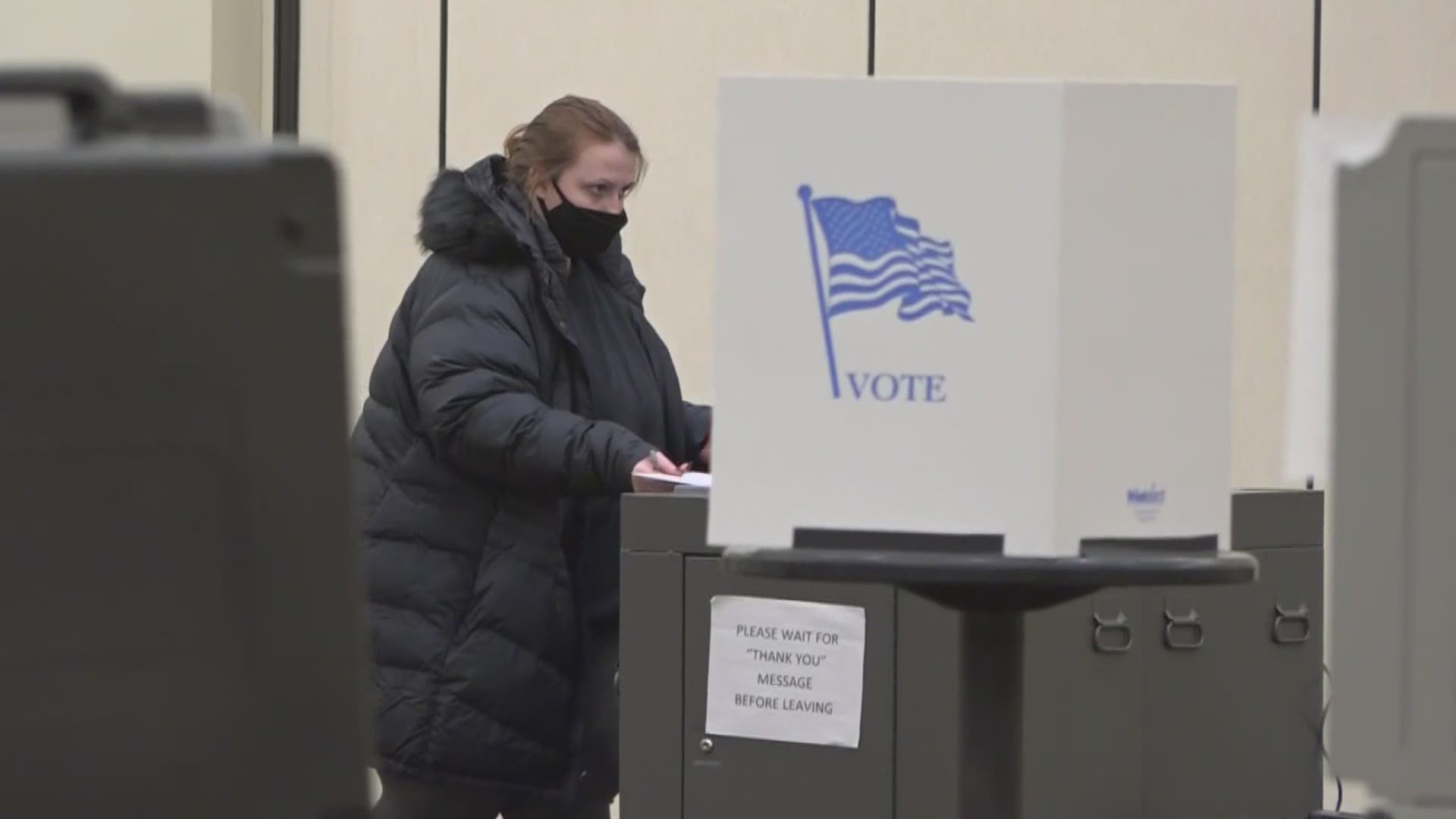 The events that took place Wednesday afternoon in Washington D.C. will be part of American history forever. Thousands of Americans, including some Mainers, gathered for President Donald Trump's 'Save America Rally.'

The demonstration was another opportunity for the president and his closest allies to spread claims that November's election was fraudulent. Those claims have been dismissed in court cases around the country and by several Secretaries of State.

Hours after Trump spoke to the crowd, Congress began its certification of electoral votes, the official step in declaring president-elect Joe Biden the winner of the election, but the process was stopped.

Protestors of the election results stormed the Capitol Building, destroying it from the inside and out, as they halted the certification process, for a few hours.

Maine Secretary of State Shenna Bellows said the events in our nation's capital were horrifying. One reason many attended Trump's rally or breached the Capitol was that they believe the election was fraudulent, rigged, or stolen.

“I am confident that nationwide that the will of the voters was upheld on election day," Bellows said. “Our results were secure.”

Bellows provided many reasons why Mainers' votes were counted and secured last November. The primary reason being we are a 'paper state.' That means we feed paper ballots into voting machines which are then tabulated. Any irregularities or issues can be checked using the original paper ballot.

Another reason to feel confident in our process is all local elections were held by municipal clerks, our neighbors, and community members.

“Remember that in every single polling place all across Maine, there are election workers recruited from both parties as well as election observers there all-day during election day present for every step of the count," Bellows added.

The tabulators Maine, and other states, uses are not connected to the internet, so they can't be hacked, Bellows added.

While Mainers can feel confident in our system, there is always room for improvement. Other states, like Georgia, use a comprehensive post-election audit, which Bellows would like to use in Maine.

Another improvement was suggested by former House Republican Scott Strom. In his last term, Strom served on the committee that oversees our elections and said Friday he hopes Maine adopts Voter ID laws.

“I think it would make people feel better about the elections and I don’t think that’s a bad thing," he said.

Strom mentioned he was "disappointed" by Wednesday's events and said President Trump "hijacked" the Republican party by creating divisions at the national and state level.

While improvements to our system can be made, Strom said the state has bigger problems to deal with. Governor Janet Mills is in the process of working on the state's next budget, we are entering another month during the COVID-19 pandemic, and small businesses are hurting.

“We can’t be spending our time on these fake issues of illegal elections and robbed elections," Strom added.

As the state and the country move on from Wednesday, Bellows added Mainers should continue to remain confident in voting and our election system.

“Our leaders do not choose the elections of the outcomes, it is the people.”