On Wednesday, State Rep. John Andrews said he would not comply with the mask rule in the State House 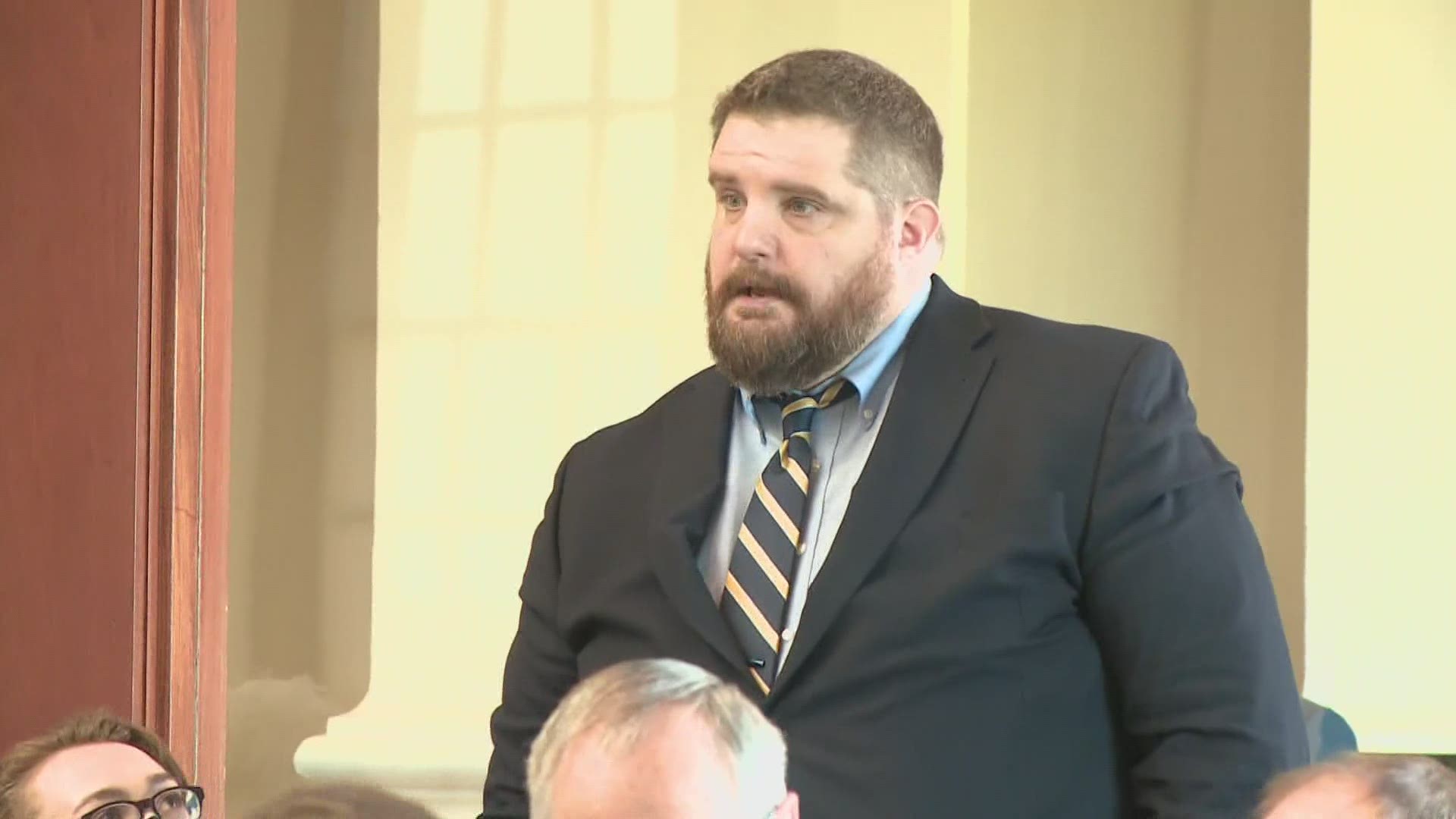 AUGUSTA, Maine — State Rep. John Andrews of Paris has agreed to not take his seat for this week’s Legislative sessions, rather than wear a face mask in the State House.

Andrews, a Libertarian, stood at the beginning of the morning session of the House of Representatives on Wednesday and told Speaker Ryan Fecteau he would not comply with the mask rule because it is contrary to the current requirements for Maine outlined by the CDC and Gov. Janet Mills.

“It's been a long 14 months, following the CDC guidelines and in compliance with that, I will be civilly disobeying today which my constituents would like me to do. And I fully accept any consequences of that,” Andrews said in a brief floor speech in the House.

That prompted the Speaker to convene the House Ethics Committee, which had not met in several years, to decide how to handle the opposition to the order. While the committee met, other House members waited for about two hours.

After discussion with that committee, Andrews agreed to not take his place in the House chamber Wednesday or Thursday, meaning he cannot vote. Andrews said afterward he believes many of his constituents will approve of his decision to “draw the line” on mask mandates.

Andrews and six GOP House members defied the mask rule last week and entered the State House anyway. In response, those members we all removed from their committees by the Speaker, who replaced them with Democrats.

On Tuesday, Fecteau said the lawmakers could have their committee seats back if they complied with the rule. On Wednesday, it appeared all the GOP members were following the guideline, with Andrews the only one to continue the protest.

Rep. Ralph Tucker (D- Brunswick), the chair of the Ethics Committee, said he thought the result was fair.

“He can walk into the chamber now if he wants to, just has to obey the rules. I have to wear a tie. I can’t chew gum,” said Tucker. “There are a lot of things that add to the decorum of the chamber that are much less invasive than wearing a mask.”

House GOP leader Rep. Kathleen Dillingham said she and many other Republicans disagree with the mask requirement, but said her Republican members had agreed to follow the face covering rules so that they can fully participate in debates and votes in the closing weeks of the Legislative session.

The Legislature still had hundreds of bills left to consider, both in committees and the full House and Senate, and are hoping to finish work by June 16.