It’s a race to the finish line as Maine's Senator Susan Collins and her leading challenger Sara Gideon battle for US Senate seat. 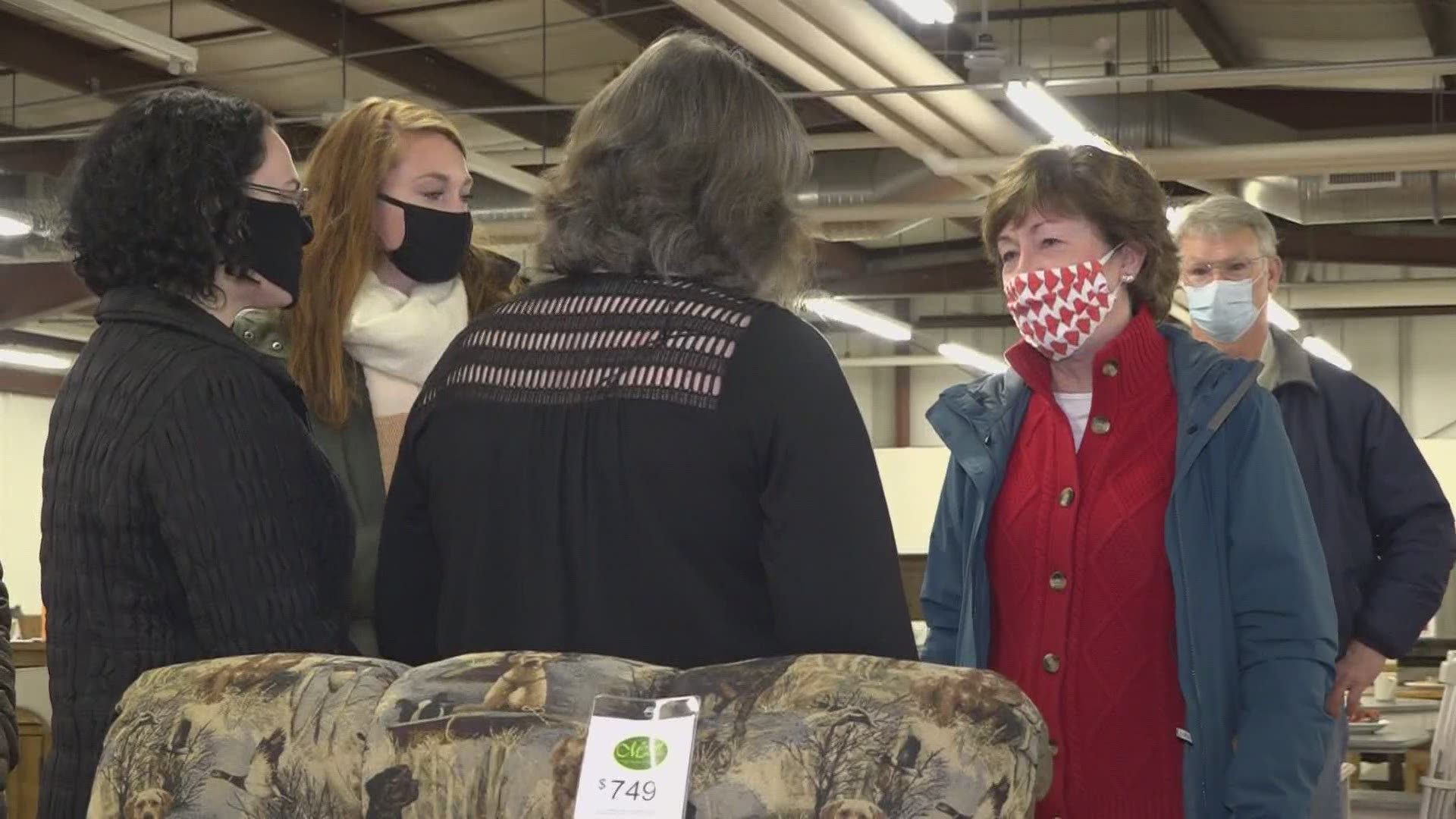 The race for Maine's US Senate is a tight one. This weekend, Republican incumbent Susan Collins and Democratic challenger Sara Gideon hit the campaign trail with two days left until Election Day.

Asked what makes this year's race so unique here in Maine, Senator Collins responded: "This year's race has been inundated with out of state money that has paid for so many false attacks, and that's very different from our Maine tradition. We've always had very civil campaigns in Maine, where people vigorously debate the issues. Candidates may criticize one another's votes, but never have I experienced a situation where there are out-right lies about how I voted and also attacks on my integrity."

Further elaborating, Collins said, "I don't believe that the court is going to strike down all of the Affordable Care Act. Usually what the court does is try to save as much of the law as possible. So if there is a provision that is found unconstitutional, I believe just that provision will be struck, not the entire law. If the entire law were to be struck, which I do not think will happen, I'm sure that Congress will act very quickly to protect people with pre-existing conditions."

"We've lost a lot of help, our business is off about 22 percent for the year and so that made a big difference," says Harmon. 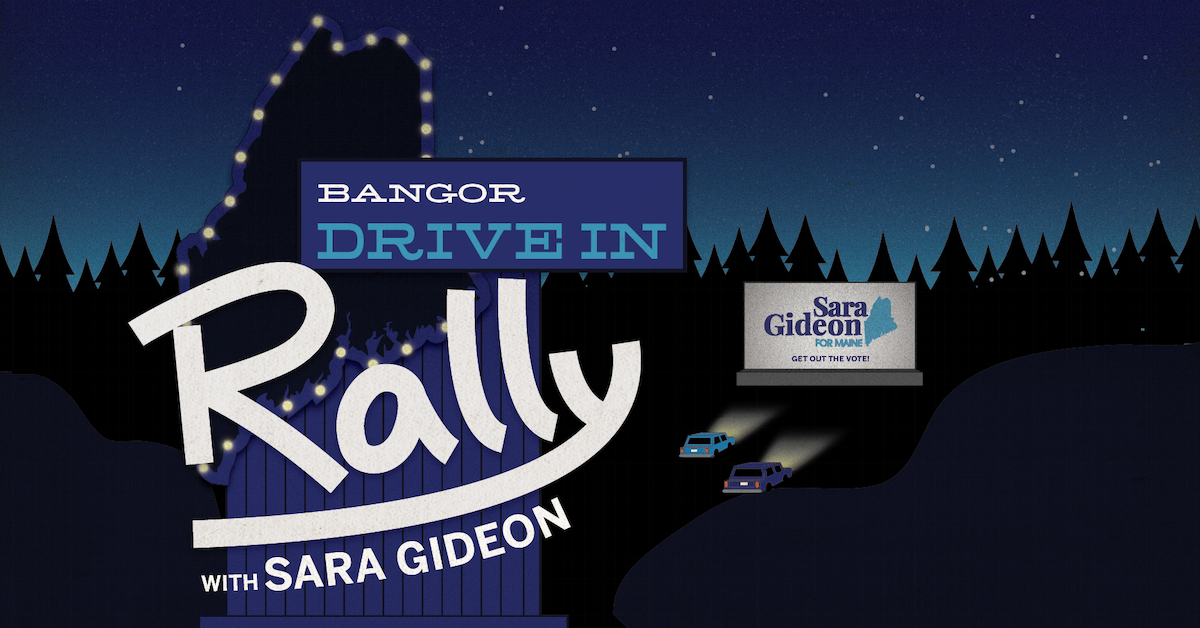 Bangor Area Drive-In Rally with Sara Gideon! · Sara Gideon for Senate
RSVP now to reserve your parking spot for this exciting event. Provide us with your vehicle's make and model, as well as the number of attendees you plan to bring with you, and we'll hold onto your spot! Tickets are free, but we have limited capacity, so each car must RSVP to attend.

"My top priority is to keep serving the people of Maine, particularly focusing on jobs and the economy. Healthcare is also a very important issue for our state," says Collins.

For those undecided voters out there, Collins says she wants to remind Mainers of how hard she's work for the state and her commitment to serve the entire state.

According to the Collins Campaign, her efforts to secure PPP for struggling small businesses saved almost 3,000 jobs in Ellsworth.

"I'm going to keep doing all I can to fight both the health and the economic consequences of this very persistent pandemic," says Collins.

Gideon says, "We are making sure that we are going back to all of these wonderful places and people in Maine again, to hear from them about how they are doing, what they want and need in their next Senator. We are fired up and ready to make sure that we are able to represent them."

Gideon says she will keep campaigning to motivate undecided voters.

Two local bands at the drive-up rally in Hermon and people were able to enjoy their music and Gideon's remarks from the safety of their cars.

Gideon says seniors, social security, and healthcare all need to be protected, something she promises to do if elected.

"Can you imagine if we had President Biden but a Senate controlled by Mitch McConnel? Someone who has worked for a decade to tear down the only healthcare we have and has no plan to rebuild it," says Gideon as part of her remarks at the drive-up rally in Bangor.

"Thank you so much, let's do this," as she closed her remarks at the drive-up rally.