Gov. Janet Mills has repeatedly said the emergency declaration is necessary to keep the spread of the coronavirus under control in the state 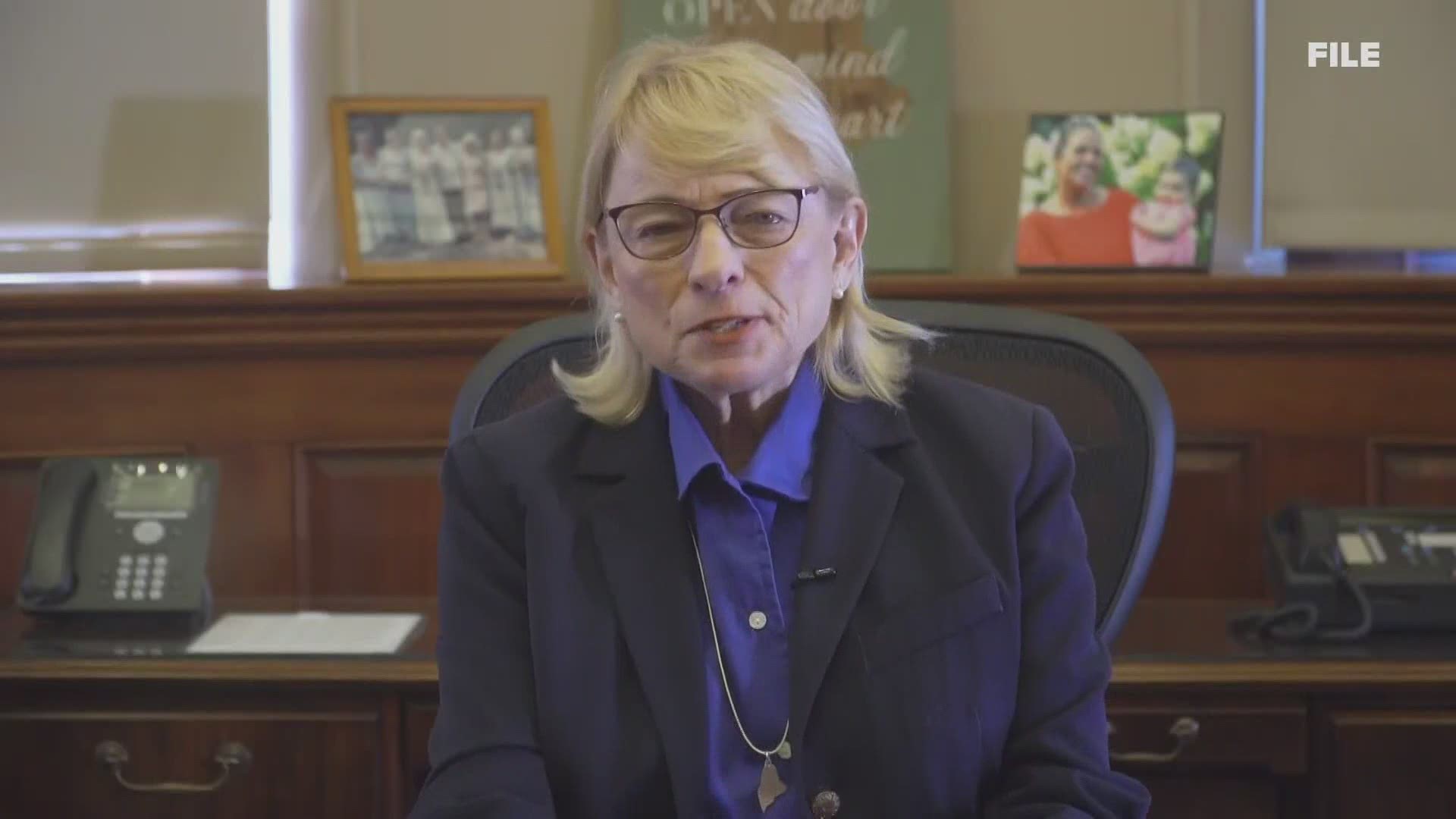 PORTLAND, Maine — Republican leaders in Maine want to curb the governor's office from exercising as broad emergency powers as Gov. Janet Mills has during the coronavirus pandemic.

Mills, a Democrat, issued a “state of civil emergency” order more than a year ago and has renewed it numerous times. Her office has said the declaration “allows Maine to deploy all available tools to respond to and contain COVID-19.”

Republicans in the Maine Legislature have long contended that the emergency declaration has gone on for too long and gives Mills too much authority. House Republican Leader Kathleen Dillingham has proposed a bill that limits a governor's emergency powers to 30 days. It would require subsequent renewals of a state of emergency to receive a two-thirds majority from the Maine Legislature.

The proposal was slated to face a public hearing before the Committee on State and Local Government on Monday. It also states that the legislature can use a joint resolution to “terminate a state of emergency at any time.”

Mills has repeatedly said the emergency declaration is necessary to keep the spread of the virus under control in the state.

The state of emergency declaration allows Mills to restrict everything from business operations to church services, impose a mask mandate and a stay-at-home order, mandate school operation plans, and, more recently vaccination eligibility.

“The summer is fast approaching and the finish line is on the horizon,” she said earlier this month when she extended the emergency order for a thirteenth time. “I urge all Maine people to keep doing the basic things that keep us healthy, like wearing a mask, and to sign up to get the vaccine when they are eligible.”

Under current Maine law, the governor may renew emergency declarations in 30-day increments. Mills has renewed the declaration 13 times since first enacting the measure last March when the pandemic reached Maine.

The current emergency declaration is set to expire on April 15.

Earlier this month, the Maine Senate debated a proposal by GOP Sen. Rick Bennett to end the state of civil emergency, an effort to force more involvement by the Legislature in COVID decision making.

Other Republicans and a few Democrats supported Bennett’s effort, saying none of them ever imagined the state of emergency would last as long as it has.

Republican legislators have complained for months that they haven’t been included in the decision-making on how to respond to the pandemic, and even Democratic Sen. David Miramant voiced a similar complaint.

“Our voices as representatives of the people of Maine have been ignored for too long after that reasonable period,” Miramant said in the debate.

But most Democrats opposed the move and supported Mills. Chief among them was Sen. Mark Lawrence, who said the Legislature would be consistently unable to make the quick decisions needed to deal with the virus.

Bennett’s request for a joint order by the Senate was defeated 19-15, with three Democrats siding with Republicans. A similar order was defeated in the House on a party-line vote.

Mills was adamant that she needs the declaration to react quickly to changes and requirements of COVID.

“Should I stop and take a poll of 186 legislators to see where they stood?”

The governor also said some of the federal money the state has been using to pay for the COVID response operations requires an emergency declaration, and that ending the declaration would cut off some of that funding. Bennett and some of the other Republicans said they do not believe that is correct.

Mills also said the basic facts are that COVID-19 is still a serious threat.

“If I said no more state of emergency, first of all, that would be a lie because people are getting sick. People are dying of coronavirus in Maine at this time. You can’t pretend it doesn’t exist.”