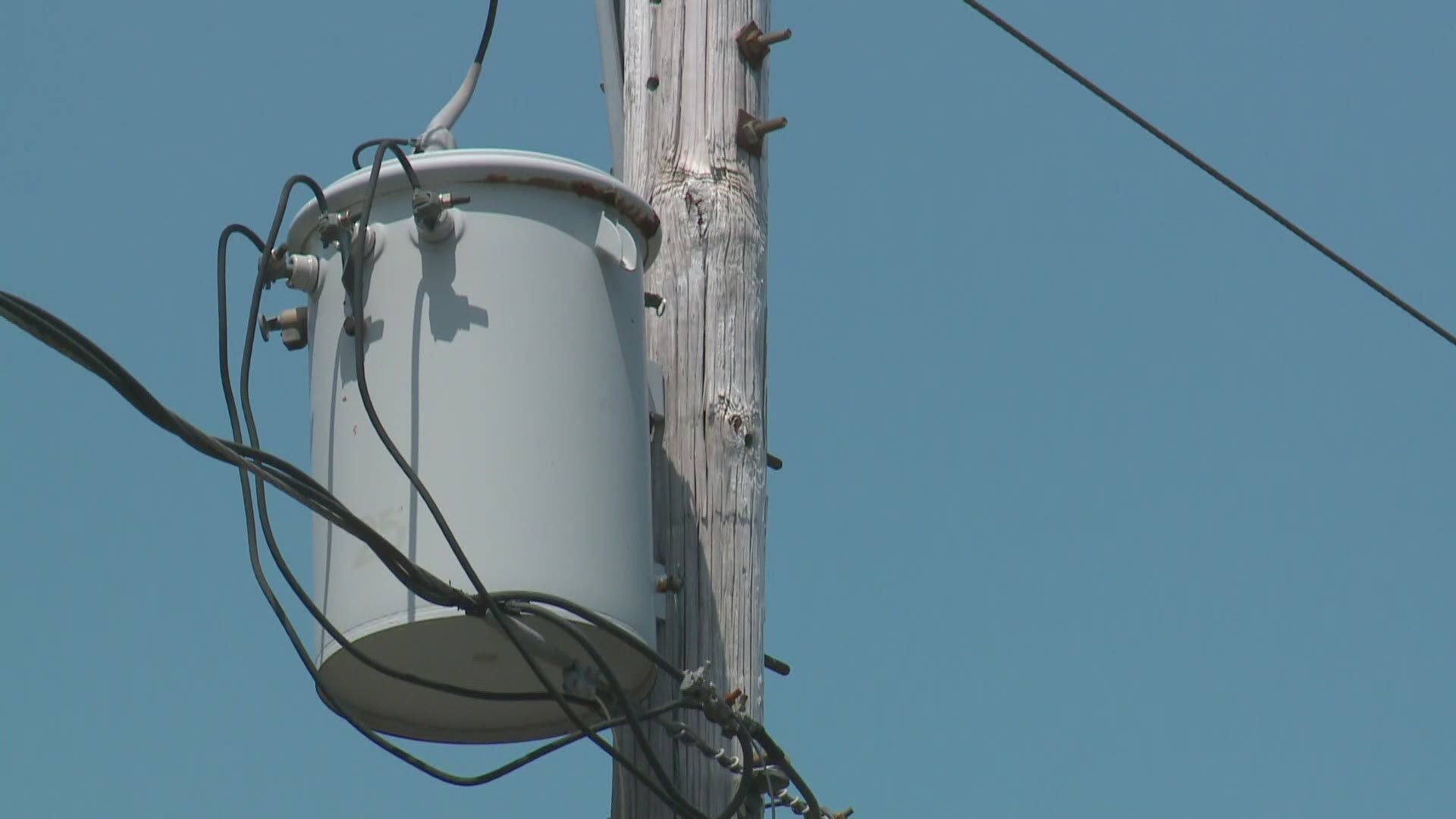 AUGUSTA, Maine — EDITOR'S NOTE: The above video was published July 7, 2021

Supporters of a proposal to scrap Central Maine Power and Versant Power and replace them with a consumer-owned utility say they're prepared to force a referendum if Gov. Janet Mills vetoes the bill.

On Thursday, the legislative sponsors of the bill that would create the Pine Tree Power Company held out hope of convincing the Democratic governor to sign the bill and let Mainers vote on the proposal in November. But Rep. Seth Berry said a coalition called "Our Power" will launch a petition drive for the 2022 ballot if the bill is vetoed.

"Either way, Maine voters will have a say in our shared energy future," Rep. Seth Berry told the Associated Press on Thursday.

Bath Iron Works' leadership and the International Brotherhood of Electrical Workers want the governor to veto the bill.

According to the AP, Jon Fitzgerald, BIW's general counsel, wrote a lawmaker saying, "We are concerned with the ability of a consumer-owned utility to undertake the enormous responsibilities associated with delivering electricity to the companies which power Maine's economy and to light our homes."

Support in the Maine Legislature fell short of a two-thirds majority needed to overturn a potential veto by Mills, who called the proposal "a rosy solution to a very complicated series of problems."

A spokesperson from Avangrid, parent company of Central Maine Power, said they are focused on serving Mainers.

"CMP, run by local Maine leaders who understand the challenges of delivering electricity in a rural and forested state, has been meeting or exceeding all customer service metrics imposed by the PUC 16 months ago and our bills are more than 99% accurate and on time," said Catharine Hartnett, Corporate Communications for Avangrid. "Our storm response in the worst weather conditions is second to none.  Maine utility customers should be served by a company and people from Maine who have experience here, not by a contracted service company from outside Maine who will cut corners to keep profits."

A Versant Power spokesperson said the company remains focused on serving their customers and providing a safe and healthy workplace for their employees.

"Maine is working hard to make progress on renewable energy goals and mitigation of climate change, and Versant Power strives to be a trusted partner in those efforts," said Marissa Minor, Versant Power Communications. "A government power takeover will threaten our state’s ability to do the work our citizens demand to keep pace with an evolving energy landscape."

"When discussing the costs of this proposal, we can debate the dollar amount – which certainly would stretch into the billions – but the societal and environmental costs of delay and inaction it would cause are unlimited. This effort would actually still require we pay an investor-owned utility to manage and run our electrical system, and does not guarantee lower rates or better reliability for customers," said Minor.

Willy Ritch of Affordable Maine Energy gave the following statement to NEWS CENTER Maine in regards to his reaction about what was said at the press conferencence:

"The politicians who are behind this idea of a government takeover of our electric grid are making lots of promises and they want us to have faith that they will all come true. Their idea is to seize two privately owned companies, spend a decade or more fighting about it in court and then put Mainers $13 billion in debt with the hope that somehow this is going to save us money. That’s a risky plan and a bad idea for our state."

There would be several steps before Pine Tree Power Company, a proposed nonprofit, privately operated utility company, would be able to replace Central Maine Power and Versant Power as Maine's primary electric provider.

First and foremost, it has to make it off Mills' desk through her signature or by expiration. According to the governor's office, she has until July 13 to sign or veto the bill before it would automatically go into effect.

If the governor signs the bill or it expires on her desk, Maine people would have the opportunity to vote on the proposal in a statewide referendum question in November.

The question that would be posed by Berry's group is as follows:

"Do you favor the creation of the Pine Tree Power Company, a nonprofit, privately operated utility governed by a board elected by Maine voters, to replace Central Maine Power and Versant Power, without using tax dollars or state bonds, and to focus on delivering reliable, affordable electricity and meeting the State's energy independence and Internet connectivity goals?"

If Mainers vote in favor, the subject would be on Maine ballots once again in November 2022, when voters would elect seven people from around the state to sit on the board that would run Pine Tree Power.

After that group of seven is elected, proponents expect it will spend approximately a year crafting a proposal for CMP and Versant. If there is a smooth transition, the earliest that would take place is 2025.