The lobstering union is going to federal court next Friday, hoping to get a temporary restraining order to stop the closure. 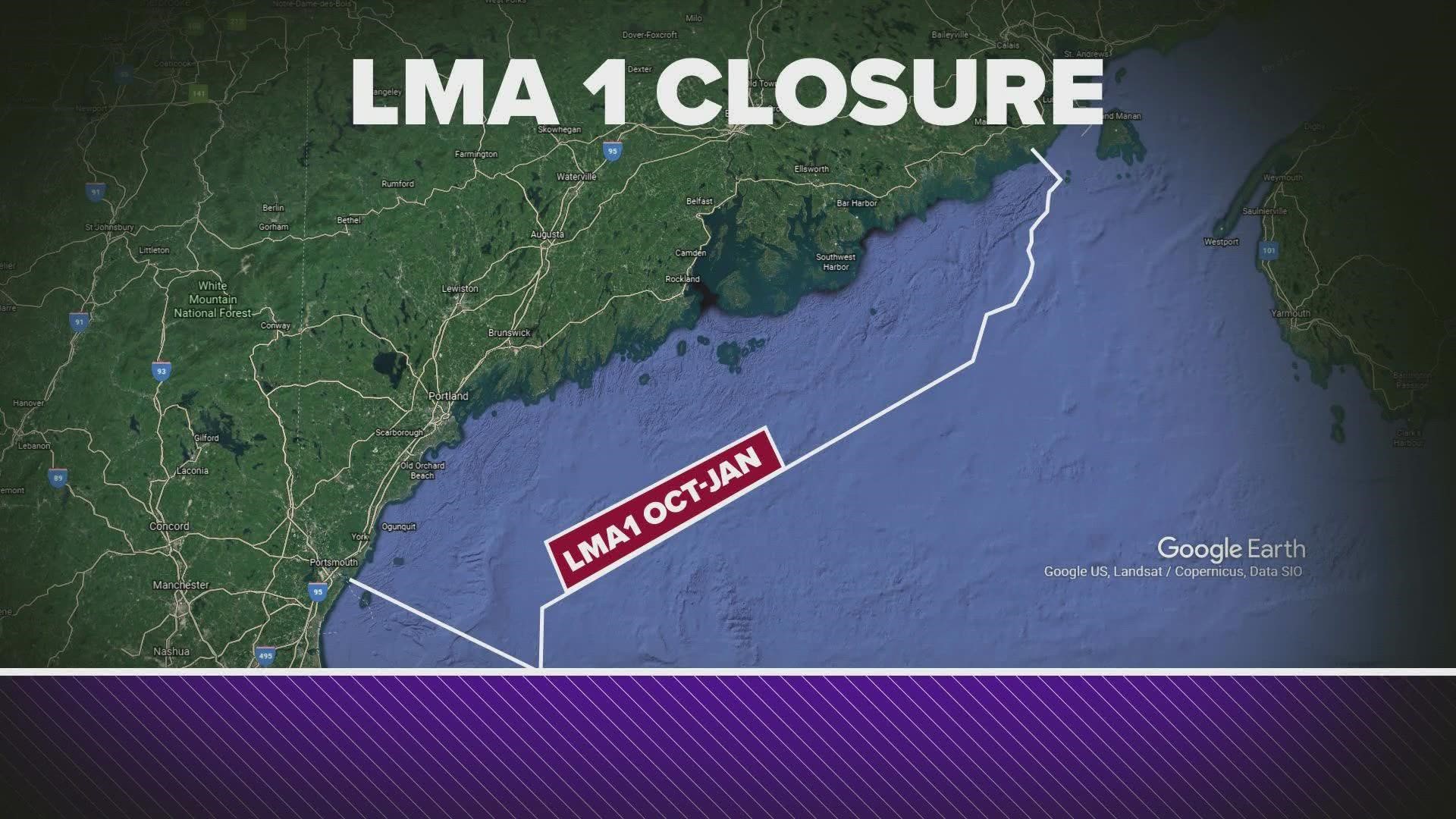 AUGUSTA, Maine — Maine lobstermen have a date in federal court next week, in what may be a last-ditch effort to block the closure of some prime lobstering territory as a way to protect right whales.

In some of Maine’s biggest lobster harbors such as Stonington and Deer Isle, the closure of nearly 1,000 square miles of fishing territory is a big worry.

Virginia Olsen fishes there and is also a leader of the Maine Lobstering Union. She said Friday closing that area would have a big impact on a lot of fishermen.

“It's devastating to our members to not be able to fish there in their winter ground, it's just devastating,” Olsen said.

To protect endangered right whales, the federal agency NOAA Fisheries has ordered a three-month closure of a section of the ocean called Lobster Management Area One, stretching along the mid-coast of Maine and starting roughly 30 miles offshore, according to the Maine Department of Marine Resources. The closure is to last from October 18 into January.

Normally, that is prime season for harvesting lots of lobsters in that area.

The lobstering union is going to federal court next Friday, hoping to get a temporary restraining order to stop the closure. The case will be heard in U.S. District Court in Bangor.

In advance of that hearing, the Maine Legislature is getting involved. Last week, the full legislature authorized their leaders to take action in support of the lobster industry, and on Thursday, the legislative council, representing bipartisan leadership, voted to send a letter to the court in support of the union’s motion to block the closure.

“I’ve had NOAA in here and had a very open discussion about right whales,” Senate President Troy Jackson, D-Allagash, said.

Jackson said he believes the closure will hurt many fishermen and communities financially. Olsen agrees.

“We’ve got members who have invested into their boats, repowered engines, prepared to fish these grounds, and now are looking at not being able to fish them. It's costly, very costly, and it's going to hurt a lot of families.”

The court case is expected to revolve around whether there is adequate scientific evidence to close the fishing territory in Maine, even though Maine fishermen have long argued they are not a threat to the whales, and that right whales are not seen in the area to be closed.

That’s part of the argument the Union is expected to make in court next week.

This case is only one of multiple legal actions being taken against the federal government because of the right whale regulations. The Maine Lobstermen’s Association has also sued the agency, challenging the scientific basis for all those new rules. The Mills Administration is involved in fighting another suit by environmental groups that want the regulations made even more strict.