At Tuesday’s public hearings there were strong opinions voiced on all sides. Lawmakers will have to make their decisions on two bills later this month. 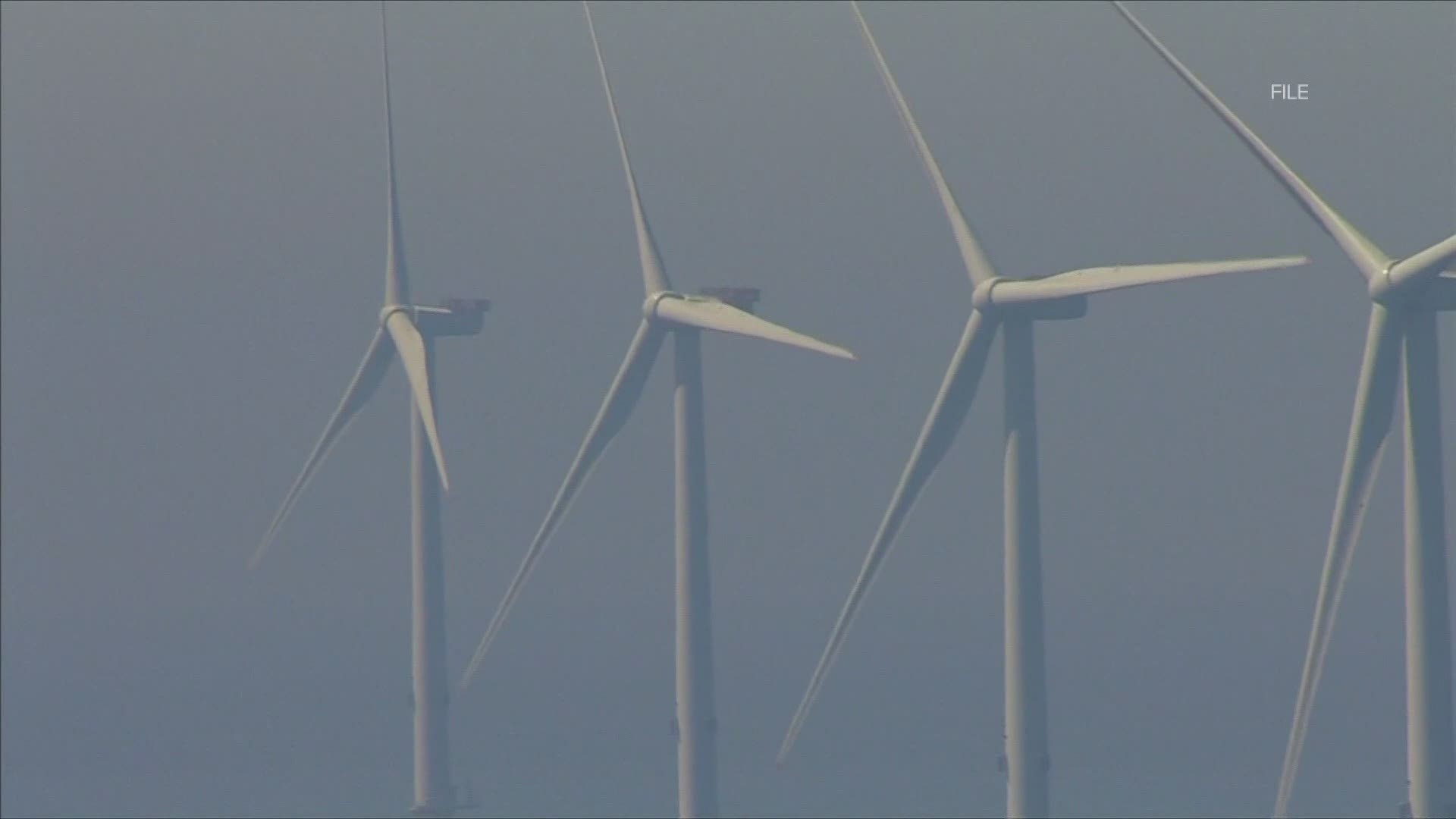 AUGUSTA, Maine — The complex questions and decisions about offshore wind power for Maine have now been dropped in the laps of the Legislature.

Lawmakers on Tuesday heard two competing bills. One would ban any projects and the other would slow down some of it but keep the one current project moving.

Gov. Janet Mills and environmental groups are strongly supporting offshore wind development as a tool to fight climate change, with more renewable energy. But Maine fishermen say its risking great harm to the lobster industry and other fisheries because of a range of possible environmental impacts, from vibrations disrupting fish and marine mammals to mooring chains damaging the ocean floor and harming marine life here.

There are few scientific studies to prove or disprove those impacts, and fishermen say the risk of moving ahead with those wind turbine projects is simply too great.

“What if it is as bad as we think it is?" asked Jim Wotton of Friendship in a recent interview. “Where will we be then? Is it worth taking a chance on the Gulf of Maine for this?”

Those concerns led Rep Billy Bob Faulkingham (R-Winter Harbor), who is also a lobsterman, to sponsor the bill to ban all offshore wind power development.

“Right now this is a science project. Proposing to turn the Gulf of Maine marine life, marine mammals, and sea bottom into a test tube for the benefit of foreign corporations,” he told legislators on the Energy, Utilities and Technology Committee.

Supporters of offshore wind, however, say those projects are essential to Maine’s future.

“The biggest threat to our environment, including the marine environment, is climate change,” said Beth Ahearn of Maine Conservation Voters. “We have to act to minimize the effect of climate change. So we all need to work together to develop climate solutions to get us off fossil fuel.”

Ahearn said the governor’s bill makes sense, by imposing a 10-year moratorium on wind development inside state territorial waters (the 3 mile limit), but allowing the one current project near Monhegan island to continue. That project is aimed at doing a full scale test of the University of Maine’s floating wind turbine platform technology. The huge platform, measuring 350 feet across, would have a 600-foot turbine mounted on top. Ahearn and the Mills administration say it will allow for testing of both the technology and the impacts of offshore wind on marine life and fisheries.

Meanwhile, proposals from the governor and others to develop other offshore turbines in federal waters, farther offshore, would continue, as the Legislature cannot regulate what happens there.

At Tuesday’s public hearings there were strong opinions voiced on all sides. Lawmakers will have to make their decisions on those bills later this month.

Work on the Monhegan project, known as New England Aqua Ventus, is continuing. More studies and permits will be needed, but the developer is still hoping to to begin construction within two years.